When the idea of the foldable touch screen phone was first mooted several years ago, it conjured nostalgic images of mid-noughties flip phones but somehow with the functionality of a smart phone.

Then in September 2019, Korean technology giant Samsung released the “worlds’ first” foldable smartphone. Hinging at the centre of the screen it was in reality a big departure from the flip phones of old. Now one year on, the Samsung Z Fold series is on its second generation of foldable devices.

The series is the result of a “long history of internal preparation” within the company, according to Samsung’s principal designer of next generation product design Jun-yong Song. 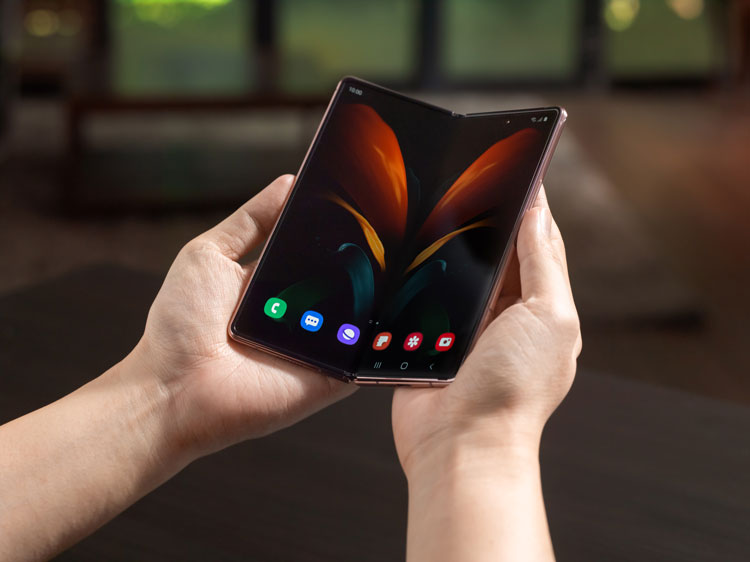 Song has been involved in the design of Samsung products for the last 17 years. His back catalogue includes feature phones, flip phones, slide phones and touch phones. More than 200 devices designed with his help have made it to market.

“You name it, and I’ve been involved with it,” he tells Design Week from Samsung’s headquarters in Seoul. His extensive experience signalled him as a perfect fit to lead the company’s journey into “foldables”, he says.

But why venture into a mobile format that was popular nearly two decades ago, especially given that smartphones of today perform in ways that were unimaginable in the late 1990s and early 2000s.

Song says the mission to create a series of foldable devices was rooted in creating something meaningful and worthwhile for consumers – in short, to ensure Samsung wasn’t just putting out new technology for the sake of it, or to trump its competitors.

“Technology continues to evolve fast – it’s the role of designers to ensure that technology becomes valuable to people,” he says. 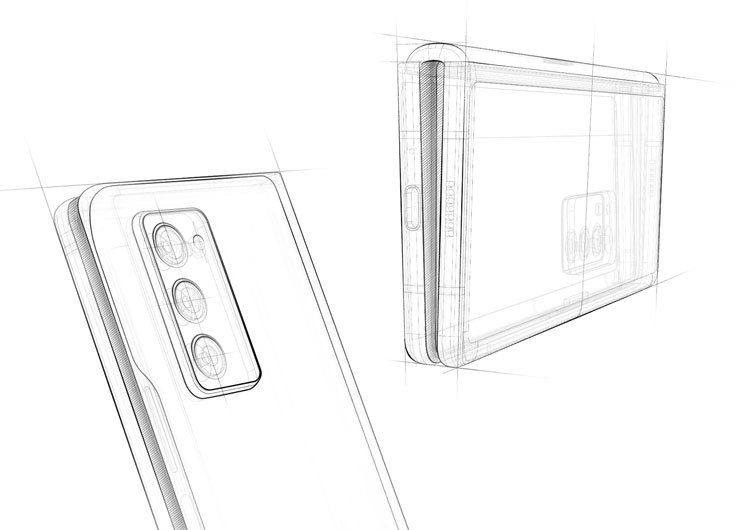 With this in mind, Song explains that before any iterations or prototypes of devices could be made, the team needed to find answers to questions that “hadn’t been asked before”. What improvements to utility could a foldable display bring to consumers? How might a foldable screen impact the portability of the device?

A foldable display offers a bigger screen – in this case, 7.6 inches compared to the average smartphone size of between 3.5 and 6 inches – which speaks to those who feel current screen smartphone screen sizes are limiting, while not impacting the portability of the device, Song says. The Z Fold series also permits “flex mode”, where users can split screens, which he says meets the demands of users who want to be able to multitask with their device.

This research and identification stage is performed for all Samsung lines, Song says, because of a company-wide “focus on the consumer”. In the past, he admits, design work was very much focused on styling the exterior of a product because display technology was limited.

But with advancements in software giving way to “infinite potential”, a consumer-focused lens gives designers a chance “make sense” of these technologies in the real world. In the case of the Z Fold, it was about making a new technology like a folding display relevant and meaningful for users’ lives. 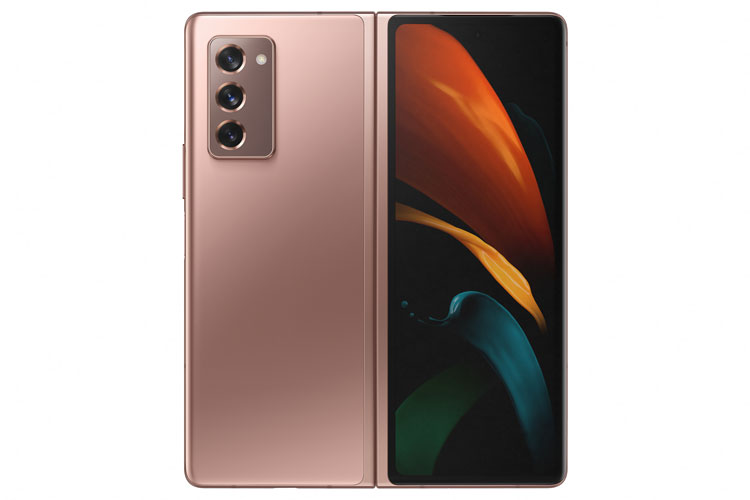 “An interplay of various complex elements”

As expected, moving into foldable phones presented Song’s team of designers with considerable challenges not faced in the development of more traditional smartphones. The most obvious difference was the different “form factor”.

“We had to explore a lot of different areas,” he says, naming the hinge solution, display and cover and main screens as some of the focus points. “The design covered an interplay of various complex elements.”

Song states that for this new foldable category of devices, it was important to carry out even more iterations and prototyping stages than in previous projects. Essentially, designers had to match up user needs with product capabilities. Because the technology for an effective flexible display has only appeared relatively recently, this is a process that has taken considerable time.

“It may not be so long ago that the devices reached the hand of our consumers, but internally we have been doing a lot of preparation,” Song says. “The internal vision for a foldable phone had been with us for a long time, but it was only when the flexible display technology came about that we could realise what was in our imagination.” 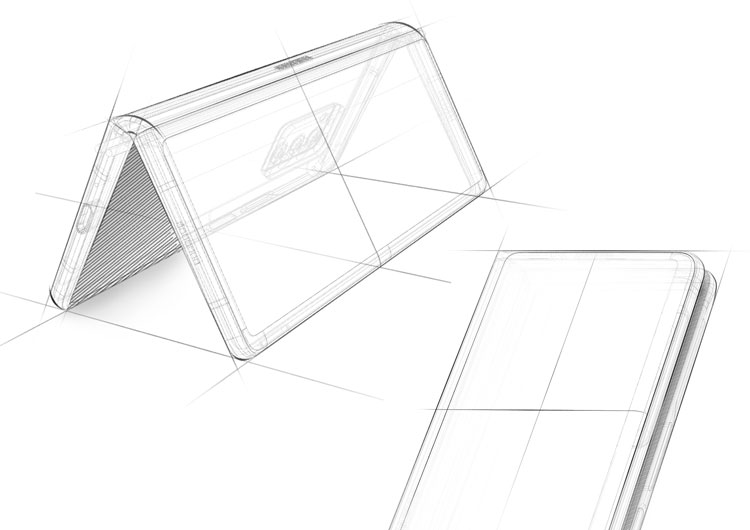 “There is power in organically experimenting”

This willingness to be open-endedly imaginative but still rooted in the real world, Song says, is what lead to the “fruition” of the design project.

But leveling on Samsung being a “design-led” company, he says he doesn’t identify the company with this term necessarily. He instead prefers to think of its operations as “organic”.

“We believe there is power in organically experimenting and exploring new potential and new drivers so that we can all grow together within ourselves and for consumers,” Song says. 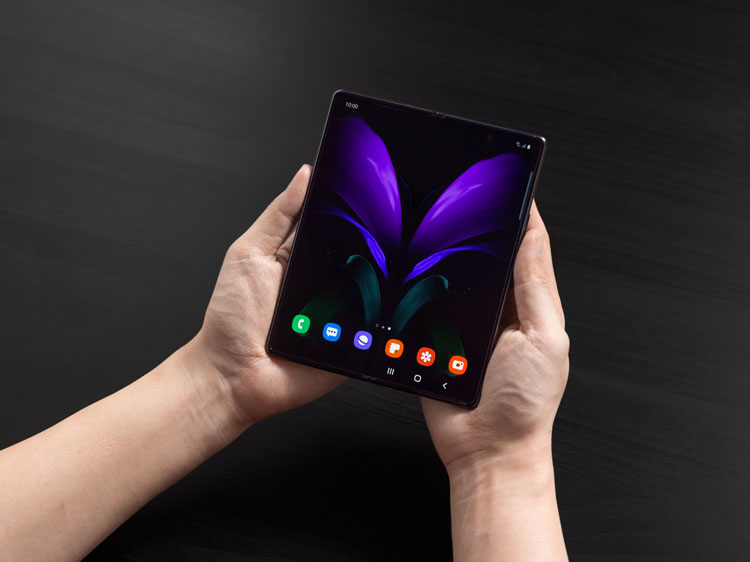 6 tax tips to help designers starting out in self-employment