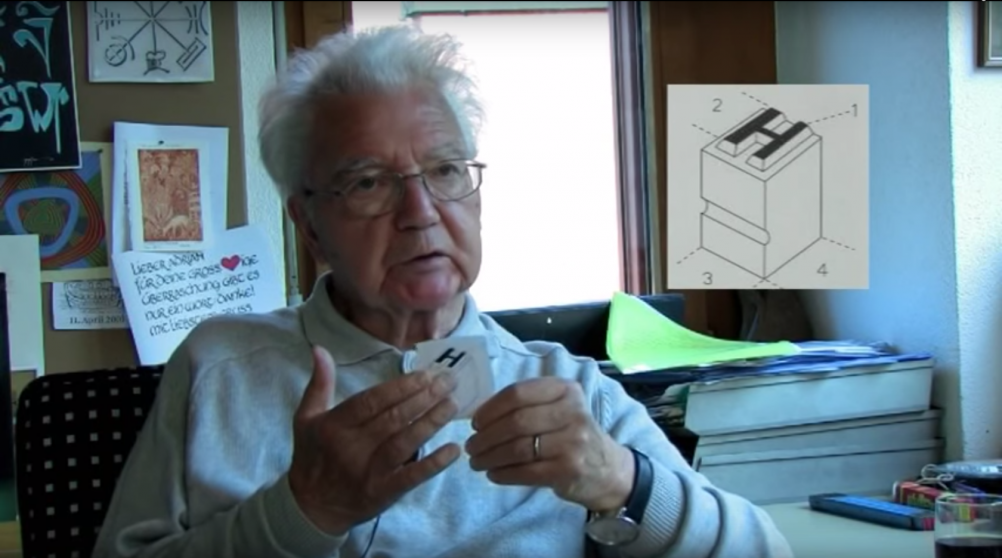 Swiss type designer Adrian Frutiger, who created the Univers, Frutiger and Avenir typefaces, has died at the age of 87.

Frutiger was born in Bern in 1928 and worked as an apprentice compositor before studying a the School of Applied Arts in Zurich.

In the 1950s Frutiger joined the Paris foundry Deberny Et Peignot, where he developed the Univers san-serif typeface in 1957.

The typeface is used by many London boroughs on street signage and it was also widely used by the East German government in the 1980s for propaganda material.

After working on typefaces for the Paris Metro and Charles de Gaulle airport, Frutiger created the eponymous Frutiger typeface for the Mergenthaler Linotype Company in 1976. Frutiger has been described by Erik Spiekermann as: “The best general typeface ever”.

In 1988 Frutiger created the Avenir sans serif typeface for Linotype and in the late 1990s he worked on a series of updates for his three major type families, using new digital production methods.

Frutiger’s Vectora typeface, which was released in 1990, is the basis for the “design” in the Design Week logo.

Frutiger died on 12 September at Bremgarten bei Bern at the age of 87.

Among those who paid tribute on Twitter were Christian Schwartz and Paul Barnes of Commercial Type, who described Frutiger as “the greatest and most influential type designer of the 20th century”.