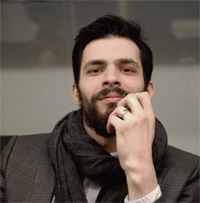 Fallon is launching a full-service design consultancy, Made in Fallon, this week.

Made in Fallon is an umbrella group that will comprise Fallon Design, Fallon Film and a new unit focusing on digital design. It will focus on design, digital, branding and film, ‘and the spaces in between’.

Fallon says ‘demand from clients for an integrated design, digital and film offer’ has been the driver for the project.

Made in Fallon will work from Fallon’s central London headquarters, and is drawing together 25 people for the new consultancy.

Raphael Campos (pictured), formerly digital director at Glue Isobar, has joined Made in Fallon as head of digital design. He will be joined by head of graphic design Jamie Craven, head of advertising and design Pete Lewis and head of film James Lowrey – who all come from within Fallon.

Lewis says ‘more technical people for digital’ will be brought in, but Campos is the only new senior member to be brought in so far.

Changes in the structure of the industry and growing expectation from clients that work be ‘turned around fast’ have also led to the establishment of Made in Fallon, says Lewis.

‘A client might want a film alongside a new

brand and a digital campaign with it. Five to ten years ago, people might have just expected a corporate identity, but now we can offer a whole campaign and tone of voice,’ Lewis says.

Campos, Craven, Lewis and Lowrey will come together to look at suitable areas of new business, according to Lewis. He says, ‘We’re pro-actively looking for work.’