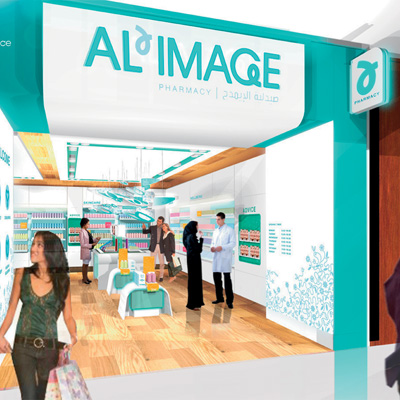 Portland Design has created a new visual identity and store concept for Egyptian pharmacy chain Al’Image, ahead of plans to expand the chain throughout the Middle East and North Africa.

The consultancy was appointed to the project in May 2010, having been recommended by another client through work carried out in the region from Portland’s Cairo office.

Following an initial five-month period of market research, Portland developed the design brief and brand strategy centred on the strapline ’Passion for life’. The identity will be seen across all touchpoints, including storefronts, marketing collateral, hoardings and online.

David Letts, Portland Design development director, says, ’It’s a very established chain, but it wasn’t capitalising on the fact that it had the best reputation in terms of pharmaceutical advice and ranges. We had to retain its strong ethical proposition, but deliver the business benefits.’ He adds, ’It’s about maintaining the heritage – that had to come through in the store environment and how we communicate.’

Portland changed the chain’s name from Ali’s Image to Al’Image, aiming make it more appealing to a wider market. It developed a primary identity and a range of secondary icons representing the specialist services the pharmacy can offer.

According to Portland, the identity uses ’feminine elements’; moving from the original ’strong dominant colours’ to a softer, mainly blue palette and clean, light materials for the stores.

Ali yours, business development manager for Al’Image, says, ’Our sales had plateaued, so we decided to redesign in order to elevate ourselves again.’ ’We found [Portland’s work] really suits our company.’

The stores will be fitted out in May, with the website launching in about two weeks’ time.