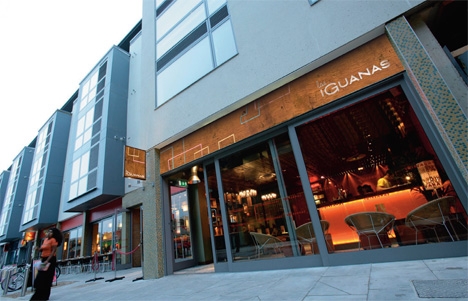 The Plant has rebranded the Las Iguanas chain of South American-themed restaurants, aiming to create ’a brand that is more seductive, more exciting and more contemporary than its predecessor’.

The consultancy was appointed in July 2010, having been invited to take part in a three-way strategic pitch on the strength of other restaurant projects, such as Jamie’s Italian.

Lucy Harwood, Las Iguanas brand manager, says, ’Having been around for 20 years we’ve always tried to keep everything fresh and exciting. We felt it was a natural break with the new phase of roll-out, so we had to pause and review to look at the brand moving forward.’

The new identity and tone of voice will be used across all touchpoints including menus, staff uniforms, marketing collateral, signage, shop fronts, interiors and online. The Plant is also helping to create a series of merchandise.

Matt Utber, founder of The Plant, says, ’We worked on the brief together to transform what they had into something more contemporary. The interiors and the brand were looking a bit “themey” and “Disneyland” – we knew their brand, including their logo, didn’t reflect their fanatical fanbase.’

The Plant and Las Iguanas held workshops to establish a new brand ethos and create the brief. The original branding was created in-house.

Harwood adds, ’The brief was to create a fresh, contemporary look. We wanted to evoke the feeling of Latin America and make our customers feel like they’re on holiday. It’s a more grown-up identity, but with a real family-friendly, fun element.’

Utber says the consultancy aimed to create a more ’sophisticated’ identity. He adds, ’We drew our inspiration from Oscar Niemeyer’s Brasilia, the beautiful tile designs of Athos Bulcão and the relaxed sophistication of Brazilian beach houses, and created an identity that is chic and sophisticated, but also welcoming and expressive.’

The first branch to roll out the concept will open in Cardiff’s Mermaid Quay next week, with interiors created by London consultancy B3. The store will feature red acrylic signage and ’a lot of texture through materials like tropical hardwood’, according to Utber.

The Plant is also working on four new outlets with interior designers Blacksheep and Martin Brudnizki. These are set to open this year and include one in east London’s new Stratford Westfield shopping centre and a Kingston branch.