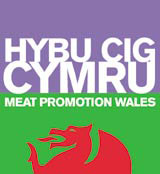 Citigate Lloyd Northover has created a corporate identity and several product marques for Meat Promotion Wales, a coalition of meat farmers and producers that will publicise Welsh beef, lamb and pork to consumers at home and abroad.

The work will be applied on-pack and to promotional collateral in supermarkets and at food fairs. It has been produced in bilingual versions for the client, called Hybu Cig Cymru in Welsh.

CLN director Jim Bodoh says, ‘The main issue was to try to position Welsh red meat, not only in the UK, but also internationally, as something special and different. Red meat can be seen as a commodity, but countries like New Zealand are good at positioning it as premium produce.’

The natural environment of Wales was seen as ‘the basis for what is distinctive and credible’ about the brand, he explains.

The concept is ‘not a dissimilar proposition [and] quite deliberately so’ to CLN’s design for the Welsh Development Agency’s True Taste campaign (DW 18 July 2002), which also highlighted the regional provenance of Welsh food.

CLN design director Jeremy Shaw was responsible for the creative work, which establishes a link between ‘the green hills of Wales and the country’s livestock’.

The group began the project in March, having been awarded the work as part of its marketing services corporate consultancy agreement with the WDA.