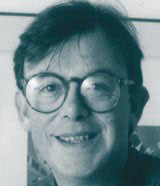 Trickett & Webb has this week announced that it has ceased trading. Barely a month before its planned 32nd anniversary party, the group announced that the ‘very difficult’ issue of succession means it can no longer continue in its current form.

Describing the split as ‘amicable’, director Brian Webb (pictured) says he will continue to work for some clients. Lynn Trickett joins Trickett Associates to work with husband Terry Trickett.