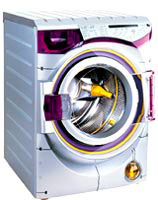 – Corporate bookings for the British Airways London Eye are cancelled for the start of February, amid fears that the wheel will not be ready. Safety checks reveal the mechanism must be replaced on all of the wheel’s 32 capsules. The London Eye had originally been scheduled for a December 31 1999 opening.

– Martin Sorrell, WPP Group chief executive, is knighted in the New Year Honours list, for services to the communications industry.

A nationwide survey of high street brands reveals some alarming consumer perceptions of company visual identities in the banking and utilities sector. In Scotland, where companies in the sector include Scottish Power and Royal Bank of Scotland, respondents are left highly unimpressed with company logos. The survey reports that no symbol at all was considered both friendly and professional.

– Professor Christopher Frayling says building links within the design community will be top of his agenda when he becomes Design Council chairman in April.

– A report in the Financial Times claims that some, unnamed, design groups have not been fully paid for their work on projects in the Millennium Dome.

– Deepend is appointed by Yellow Pages to help integrate all its on-line content under the Yell identity.

– Enterprise IG continues its march around the design world with the acquisition of two companies based in Australia.

– Hodges Associates is appointed by The New Millennium Experience Company to redesign elements of five Millennium Dome zones, in collaboration with zone sponsors. A NMEC spokeswoman is quick to point out that this is about maintenance of high standards rather than a response to criticism.

– Fitch re-engineers its global board structure, in preparation for a planned spree of acquisitions and senior appointments, moving from a design group with branding skills to “a branding consultancy with excellent design skills”.

– Design Week’s latest Top 100 consultancy survey proves business is booming in design. Enterprise IG tops the UK charts once again, with a 30 per cent rise in fees billed through its London office.

– Marks & Spencer gets set to formalise its design roster as part of ongoing monitoring of the brand. The announcement comes as the retailer launches its new corporate identity, created by Interbrand Newell & Sorrell.

– Brand identities for the candidates vying to be new Mayor of London are launched. Ken Livingstone’s is designed by Euro RSCG, with a brief to create a “for-the-people sort of look”. Frank Dobson’s identity sees “Frank” written out in signatory form. “His name is his word”, says his campaign spokesman.

– Lewis Moberley’s Mary Lewis sees the first fruits of her appointment as packaging design consultant at Marks & Spencer with the launch of a Chinese takeaway range.

– The Government announces details of five proposals for future use of the Dome when the New Millennium Experience Company’s tenure is complete at the end of the year.

– The digital revolution continues to gather momentum. It is announced that MTV’s digital TV and Web channel M2 will relaunch in June as MTV2. A revamped website and new on-screen visuals are the work of interactive design specialist Digit.

– The contest for recycling the Millennium Dome comes down to two bids, Dome Europe and Legacy. Legacy’s development would turn the site into a campus for start-up and established hi-tech and creative enterprises.

– Enterprise IG and Landor Associates will continue to compete against each other, it is announced, despite the joining of their parent companies in the $4.7bn (£3.4bn) acquisition of New York advertising giant Young & Rubicam by WPP Group.

– Elmwood is forced to lay off eight members of staff as changes in the fmcg packaging market see client budgets tightening. This forces Elmwood to scale down activity in its core business of branded and own-label packaging.

– The Design Business Association gives its support to the Interiors Forum, a newly formed joint initiative between the DBA and Lumsden Design Partnership managing director Callum Lumsden, which aims to raise the profile of the interior design profession.

– The Design Trust, a non-profit making organisation dedicated to helping young designers establish successful businesses, is to close at the end of July, it is announced. Lobbying to raise money fails to generate the sufficient funding required to keep the organisation afloat.

– The ugly face of school dinners may be changed forever, following the rollout of a new cafÃ© brand, called The Hub, across secondary schools nationwide. Branding work is by SCG London.

– Judi Green resigns from her post as group creative director of Dorling Kindersley after only seven months in the job.

– Sportscar designer Peter Stevens is appointed design director of The Rover Group from his previous post at Tag MacLaren. His role is to resurrect the Rover brand by introducing a “sportier” feel to it.

– A consortium of design industry representatives, headed by The Design Council and Terence Conran, meets to discuss plans for a Tate Modern-style design venue in London’s disused Battersea Power Station.

– Enterprise IG decides not to replace creative director Franco Bonadio. Bonadio decided he did not want to return after taking a three-month sabbatical.

– Ford design head J Mays announces plans to open a six storey design centre in central London’s Soho. The centre will employ designers from both inside and outside the discipline of vehicle design.

– The two Dicks – Seymour and Powell – tackle shopping trolleys, kitchen bins and aeroplane seats in the latest airing of their Channel 4 series, Better by Design.

– Design consultancies are back in the running to design Stonehenge’s £65m visitor centre after English Heritage ditches the four shortlisted consortia.

– Toiletries giant Elida FabergÃ© appoints Richard Seymour as consultant design director to boost its design management side. He likens his role to that of a football coach.

– Interbrand Newell and Sorrell creates the corporate identity for the Football Foundation, launched by Tony Blair to increase funding and support for the game.

– The Economist Group appoints MetaDesign London to oversee a global redesign of its brand and a revamp of the flagship magazine.

– The Millennium Dome is dealt a blow by MPs in a report from the Culture, Media and Sport committee. It says “there is no single element to make the visitor gasp in astonishment – to provide the ‘wow’ factor.”

– Wayne and Gerardine Hemingway’s consultancy Hemingway Design develops an upmarket kitchen range for Miele, including a “cooking/ meeting table” which features a hob in the centre so users can cook while they eat.

– The Partners creates a new identity for Granada Media, following its flotation in July as a dedicated media group.

– Landor is appointed by Andersen Consulting to create its new name and corporate identity, which it aims to launch in early 2001.

– Friends of the Earth appoints Lambie-Nairn to redesign its identity to increase awareness of its work and help it gain greater prominence.

– Coca Cola introduces Play, its first entrant into the energy drinks market, designed by South African design consultancy Switch. It launches to the trade in South Africa and will be launched in other markets if successful.

– FutureBrand Worldwide extends its global reach with new offices to service Asia Pacific and South America, which will be covered by a new base in Venezuela.

– Tim Pyne, founder of consultancy Work, responds to accusations of cronyism in its appointment to design four of the Dome’s zones. “The decision to appoint Work was debated long and hard by the entire Litmus Panel [the Dome’s creative thinktank],” he says.

– James Dyson wins the legal case it brought against Hoover for infringement of a patented design. A Hoover spokesman says: “I thought we had a good case.”

– US group True North Communications acquires Luxon CarrÃ  in a deal worth up to $18m (£12m).

– Leeds group Elmwood’s 40 staff vote unanimously in favour of a proposal for a shareholder partnership which will give everyone in the consultancy a financial stake.

– Lumsden Design Partnership appoints Dan Ray as head of graphics. He replaces Charles Allan, and joins LDP from Point of Difference, where he was creative director.

– London’s Barbican Centre unveils its new identity – designed by Citigate Lloyd Northover – the arts centre’s first since it opened in 1982.

– Body Shop head of global design Jon Turner quits after six years for Enterprise IG, where he becomes executive creative director in the London office, stepping into the shoes vacated by Franco Bonadio.

– FutureBrand Worldwide is poised to take a stake in London broadcast design group English & Pockett, as part of the design giant’s aim to establish “global media and entertainment” practices in London and New York.

– AMX founder Malcolm Garrett is appointed part-time visiting professor to the communication art and design department at the Royal College of Art.

– International digital group Razorfish lays off 18 employees from its London office. Managing director Mike Beeston blames it on changes to the digital market.

– Halifax creates a roster of four design consultancies for below-the-line work. The roster includes Leeds-based State of the Art.

ally Olins is awarded the RSA Gold Medal for his contribution to the design industry.

– Tag MacLaren product design head Clive Grinyer quits the hi-fi specialist to take up the new post of director of design and innovation at the Design Council.

– FutureBrand Worldwide is poised to launch a strategic alliance with IBM to handle its global e-branding projects.

– Creatives in Scotland’s capital form Creative Edinburgh – a network of industry contacts with the aim of promoting the city as a centre of creative excellence.

– The Post Office reviews the nature of the design services it buys and is set to create a new roster of design consultancies from 1 April 2001.

– Wembley Stadium appoints The Identica Partnership to rebrand the business in the runup to the opening of a new stadium in 2004.

– The National Magazine Company plans to launch a healthy living cafÃ© concept using the Cosmopolitan brand. The leisure concept, with interiors by Citrus, is expected to be called Cosmopolitan Life.

– Radio 1 announces plans to relaunch its identity in the New Year, with the help of Lambie-Nairn.

– London design group Design Bridge confirms it is has worked with McDonald’s on hotel brand evaluation. This follows McDonald’s announcement it will be opening two Swiss hotels using the brand name The Golden Arch Hotel.