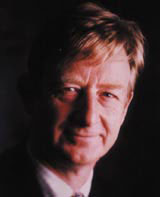 Basten Greenhill Andrews has presented design concepts for the rebranding of housebuilder George Wimpey’s three sub brands, including Wimpey Homes and McAlpine Homes, and the redesign of the master identity.

The identity will bring Wimpey, McAlpine and McLean Homes under the George Wimpey banner and will launch on 1 July.

It is understood to be a six-figure project. Work will be applied across signage and hoardings, websites, literature and stationery, staff uniforms and the sales offices.

George Wimpey brought all brands under one management structure following its acquisition of McAlpine Homes from Alfred McAlpine in September last year. This has led to the rebrand, says George Wimpey director of customer services Graham Hughes. Also, there is little difference between the company’s three sub-brands, he says.

‘We need to see if we can leverage any scale by having one brand. The fact that we trade under three brands might confuse the market,’ Hughes adds.

BGA has been briefed to create an identity for George Wimpey that appeals to the different range of buyers that the sub brands’ homes attract, but which retains a consistent thread and draws on the equity of the Wimpey name.

‘George Wimpey did some research into the three brands and that determined that its best option is to use the Wimpey name because it’s recognised. But it needs to be given stature, which is why the PLC name is being taken, says BGA managing director Tim Greenhill.

‘We need to keep the good bits and replace the bad bits of the old identity with something new and fresh. But when it hits the streets it will look different,’ he says.

The consultancy was appointed in January following a four-way creative and strategic pitch.