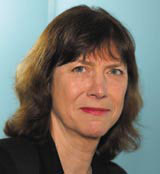 Our thoughts are with those affected by last week’s bombings in central London. The deep sadness we all feel about the suffering endured by victims, their friends and families makes the subsequent transport disruption in the capital pale into insignificance. It is a time to celebrate life.

It is a time too to celebrate London’s Olympics win, an outstanding achievement momentarily lost in the pain and confusion of last Thursday. But the significance for the UK is phenomenal, promising a major boost not just in 2012, but in the run-up to the games.

Design is set to benefit hugely from the games – as it did from Millennium-related projects of the late 1990s. Apart from work commissioned by the organisers of the games, sponsors are likely to respond with special editions, promotions and events.

And it won’t just be London groups that gain – Navy Blue and Thompson, which both worked on the bid, have offices in Edinburgh and Leeds respectively. It’s time to get your slice of it.

We hope though that the comparisons with the Millennium fest end there and that the way design is managed by the organisations involved in the Olympics sets new standards of excellence. We do not want a repeat of the Millennium Dome debacle, where design was handled in a piecemeal way.

The Olympic bid began on a sour note for design. Kino Design won a free pitch run by London 2012 to create the official logo for the bid (DW 20 November 2003), causing outrage in the industry. This followed ructions over a tweak to the British Olympic Association logo by Spencer Dubois that spring, when Pentagram partner David Hillman hit out at the message the heraldic marque conveyed.

With infrastracture, signs, events and communications to put in place, we urge the embryonic London Organising Committee to put effective design management at the top of its agenda. It is the only way to get top quality, cost-effective design appropriate to the task in hand.

Pantone mugs project has been brewing for years