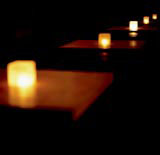 The description of any new bar tends to come prefixed with the word “trendy”. Which is interesting, for the word itself is hardly, well, “trendy”. Semantics aside, the phrase has practically become a pejorative term suggesting a shallow makeover and a short shelf life. Are they right?

In the mid-1990s, we were all in cosy Irish theme pubs. However, towards the late 1990s, some canny brewery executive realised that horse brasses, red velvet benches and a sticky carpet liberally marinated in a dense, “beery”, smoky atmosphere was not the way to draw in the lucrative feminine pound.

On the contrary, big open venues and cool blond wood, a smattering of wooden tables and a food menu featuring salads and hot sandwiches was the way to woo women and turn the venue into an all-day money-spinner. Where the canny brewery executive led, the All Bar Ones and Pitcher & Pianos followed, and before we knew it there was a “gastropub” on every high street. The stripped-back, minimal interiors formed a suitable backdrop to the casual combat trousers-and-trainer chic of the times.

As the late-1990s turned into the Noughties, the economic good times were matched by a return to sartorial elegance and covetousness of designer labels. However, there was nowhere to go to feel glamorous and sip decadent cocktails. For, as everyone knows, blond wood and killer heels are not exactly a match made in heaven.

So here we are, surrounded by smaller, sophisticated independent bars, such as Hush in Mayfair or the bars found in Ian Schrager hotels, all tastefully designed with Scandinavian control and restraint, using limestone or slate flooring, pale walls, lots of chocolate leather, dark wood and textured suede. Alternatively, there’s the louche, 1980s cocktail bar/ lounge look with lots of black and colourful, kinetic lighting effects. If a members policy can be effected in either, then so much the better – for individual and exclusive is the new democracy when it comes to bars.

“Even the chains are wanting individual styling in each of their venues, now,” confirms Matt Rawlinson of Raw Design. Rawlinson is running a seminar entitled Future Trends in Design at The Bar Show at London’s Business Design Centre from 19-20 June.

So is a designer-bar backlash inevitable? Stiff & Trevillion’s Mike Stiff thinks so. “Things have become too controlled. We might soon be seeing a return to more haphazard, accidental design,” he says. Apparently, it has started already. The owner of the Prince of Wales pub in Stoke Newington was determined to steer clear of designer bar clichÃ©s. Design group Bushe Associates went for a “relaxed, makeshift” look with crude detailing on light fixtures and plywood construction of the zinc-capped bar.

For if there’s one thing that you can be sure of when it comes to a trend, it’s that it will change. Taking the credo to heart is Bass, for which Raw Design is currently designing a range of bars with a timeless fabric that can be updated every six months with huge images and wall projections. Short shelf life? It seems these days that bars are perishable goods.