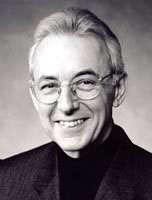 BAA group design director Raymond Turner is leaving the airport company to pursue a broader-based career as an independent consultant, from April.

Under the company name of Raymond Turner Associates, he will divide his time between projects at design consultancy Marketplace, the New West End Company and BAA.

Turner will be managing a raft of design projects at the New West End Company, which is aiming to regenerate shopping streets in London’s West End, including Oxford Street and Regent Street.

Turner is also joining the board of Marketplace as a director, with a brief to build its presence in the travel and transport sector. ‘Marketplace puts a huge emphasis on how consumers experience their brands, which fits with my beliefs on design’s role in improving travel experiences,’ Turner says.

Turner was approached by Marketplace director Bryan Brown on the strength of his expertise in the transport sector and a mutual business relationship stretching back about 20 years, Brown says.

Turner will also be retained part-time by BAA to advise on the design of Heathrow’s Terminal 5. Other BAA design managers will become more involved with the Terminal 5 project as it prepares for take-off later this year, he says.

Turner is also chairman of Irish consultancy Bradley McGurk and educational trust Design Dimension. Turner’s decision to change course was driven by his desire to work across a broader range of disciplines, he says.

‘I wanted to take stock of the “third phase” of my career. I had to decide whether to continue at BAA or apply my experience to a wider portfolio,’ he says. He adds that he is ‘walking away from Terminal 5’ as he will remain on the project as a consultant.

The timing of his move coincides with the end of the financial year, but there were no ‘ulterior motives’ behind the decision to leave BAA now, he adds.