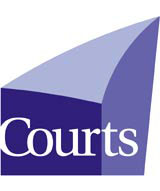 SCG London is overhauling the interiors for furniture retailer Courts, following its redesign of Courts’ corporate identity, which was unveiled last week.

The combined branding and interiors project is worth more than £100 000 to SCG. The first interiors will be revealed at new-build stores in Peterborough and Cheltenham in May.

Courts is hoping to reposition its business as a dedicated furniture retailer rather than the more ‘generalist’ approach it currently takes, says SCG design director John Dunlop.

The public’s perception of Courts is very negative, not helped by poor advertising and over-crowded showrooms, says Dunlop. ‘We want Courts to distance itself from its heritage.’

The store redesigns will reduce the amount of furniture on show, but aim to display it better, he adds. Twelve stores, including four new ones will initially incorporate the redesigns by the end of the year.

The identity, revealed last Thursday (March 7 2002), is designed to reflect the three ‘home zones’ within the stores. It will roll out in the next few months on to store fronts, point-of-sale merchandise, vehicles and uniforms.

Courts’ existing identity had a clumsy, 1970s typeface from which SCG was keen to distance itself, Dunlop says. The revamped marque incorporates a 3D-style, sail-shaped logo in three colours.

SCG won the project after a credentials pitch before Christmas.