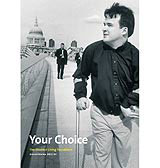 Design consultancy Eureka! has completed the first stage of a project to revamp the Disabled Living Foundation’s communications suite.

The consultancy last week delivered the designs for the charity’s annual review, for which it was commissioned to introduce a more ‘human’ element, according to the DLF head of communications and fundraising Lynne Laidlaw.

‘As well as needing to update our image, we weren’t happy with the manner in which we were communicating what we do,’ explains Laidlaw. ‘There was no human impact.’

Eureka was bought in to produce a more inclusive image in July, on the strength of previous work it has carried out for charities. ‘The term “disabled” is not seen as inclusive,’ says Laidlaw. ‘But we wanted to show that as the population gets older and people naturally become less able, there should be no boundaries for them.’

According to Eureka director Ian Vickers, the report’s design adopted a brighter, more positive approach to appeal to a broader audience.

The consultancy adapted DLF’s existing logo to an interim design for the review, in an attempt to make it more anonymous before introducing its replacement.

Eureka is working on delivering a new identity by the spring, which will be applied across all aspects of the charity’s literature.

According to Laidlaw, a rebranding may eventually be needed by the DLF, to emphasise the ‘less able’ rather than ‘disabled’ compass of the charity’s scope, though this decision has not yet been taken.