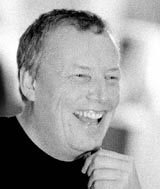 The thing about starting all over again is that you should know all the mistakes you made the first time, so don’t repeat them. Even after just six months of setting up PSD in 1988, I was already saying ‘if only I knew then what I know now’. So when we established The Brewery at the start of 2004 it was time to review what we knew, what we thought we knew and what we ought to know.

The year 1988 seems a mere moment ago, yet life is actually very different. The ever-increasing speed of communications means the global village is the new reality. Competition is no longer around the corner – it comes from around the world. China is the new manufacturing powerhouse, India the new service economy, Brazil a sleeping giant.

The new millennium recession, which took hold in 2001, has had a dramatic impact on the creative sector. The industry is dominated globally by just five major communications groups – WPP, Omnicom, Publicis, Interpublic and the perhaps soon-to-disappear Havas. At the other end are the small independents. On the client side the same consolidation has taken place – don’t underestimate the impact that 20 pence of every pound spent in the UK going through the tills of Tesco has on the creative sector.

Here is a great opportunity for design to become more central to client strategic decision-making. With 80 per cent of purchase decisions being made at point-of-sale, the brand experience has to be right. Extensive fragmentation of media is becoming an executional issue that allows design to gain greater strategic importance.

While for me professionally it was an interesting time to be at Cordiant Communications Group and have access to the large business arena that afforded, I can’t say it feels as though the mega-corporation approach to creative services is the only way forward.

Setting up a new consultancy now, particularly one that establishes new principles, is very risky. The key is to enure that from the outset you have the ‘A’ Team in place: a team that shares common goals, common purpose, common understanding and a will to win. The Brewery has been established as a partnership of equals – experienced specialists who can also see the big picture – who can share in the risk and reward of owning their own business.

Why is this important? Clients emphatically do not just want to see a consultancy producing great creative work, they want to be challenged and provoked; they need to see the business case before they commit. This is no longer just about the design, it’s also about business understanding and about the best way for clients to spend their (diminished) marketing budgets. It’s about getting results and it’s about proving the case for design to sceptical procurement departments.

Having the right people in place creates a winning culture, where creative ideas can flourish. It is a culture where a can-do/ will do attitude exists – an energy and excitement that motivates people to go the extra mile. The last four years have demonstrated that it’s all too easy to dispense with people and create a climate where people work long and late in order to keep their jobs. Getting the culture right at the outset and then investing in it is, I believe, critical to the long term development of the business as it invigorates everyone involved and will significantly enhance the relationship with clients.

I strongly believe in getting the life/work balance right, but anyone setting up now should be prepared to work longer and harder than ever before. Giving 100 per cent is the bare minimum. Whether setting up with the aim of being a small agency, or, as The Brewery intends, to make an impact on the world stage, a clear vision combined with focus and determination are absolute musts.

Vital to all start-ups though is to create a strong brand, understand your customers, deliver clear differentiated propositions in a concise manner… and above all employ grade ‘A’ motivated talent.

2000 PSD Associates is acquired by global network Cordiant Communications Group. Stead is promoted to CCG’s executive committee to launch a central brand and design management division. Having acquired Bamber Forsyth and Fitch, CCG plans to bring the network under the Fitch Worldwide banner.

2002 PSD Fitch and BamberForsythFitch are brought under the Fitch brand