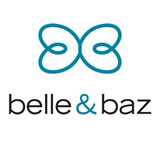 This year’s inaugural European graphic design award competition, Eulda, was met with a disappointing level of interest from the design industry in the UK.

In total, just eight UK consultancies were included in the European Logo Design Annual, a publication that showcases the 368 winning logo designs selected from an initial pool of nearly 1000 entries submitted from 36 countries. The entries were judged on-line by three separate panels of jurors, including ten designers, ten marketing managers and ten members of the public.

The design, featuring a blue motif, can be decoded in various ways, says the consultancy’s founder Heath Kane. It references the initials of the company’s founder and is also meant to look like a butterfly as well as two conjoining hearts – representing ‘the mother’s love for a child’, says Kane. The first raft of products is due to launch before Christmas.

William Crerar, head of marketing at Eulda Books, says that the award scheme, which had a tight advertising and marketing budget, has relied on generating support through aligning itself with various national European associations in a bid to gain publicity and drum up interest in the competition.

‘The key has been getting news out through the associations in a viral and word-of-mouth way. It was slightly disappointing in terms of the number of UK associations that became interested and wanted to get involved. The UK figures are not proportional to the rest of Europe and we would have expected to get more interest and entries from the UK. There is plenty of scope next year to get more UK associations involved as endorsers,’ says Crerar.

Portugal-based consultancy Shift Design was awarded the top accolade, Best of Europe, for a corporate identity design for the Madeira-based government body, Sociedade de Desenvolvimento do Norte da Madeira. The designer on the project is João Pacheco and the winning logo design references the volcanic caves found on the northern shore of Madeira. 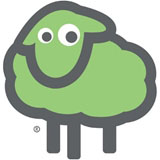 The European Logo Design Annual will be published in November and is being designed by Cacao Design. The intention is that the annuals will become an archive that will track the evolution of styles and trends in European visual communication culture.

‘The scheme shows off all the different graphic and illustrative styles across Europe. Often the smaller consultancies are quicker to catch on to schemes like this but we hope to see a few more of the bigger studios next year,’ adds Crerar.

Different competitions and annuals are likely to launch under the Eulda brand in the future, adds Crerar.

• The Eulda European Logo Design Annual is published in November, with a design by Cacao Design