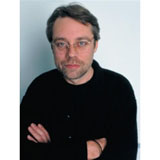 David Worthington (pictured), Conran Design Group’s long-standing managing director, has been ousted from the consultancy in a surprise move resulting from a planned merger of the retail specialist and its Havas stablemate CGI Brandsense.

The reasons for Worthington¹s departure are not yet known, but it would appear that the UK retail downturn has hit the group hard. UK turnover fell from £3.5m to £2.5m last year, while total turnover has fallen steadily from £4.4m in 2003, to £4.3m in 2004, and to £3.3m in 2005. It is believed that Worthington was told to leave the consultancy last Friday.