BrandOpus has rebranded Miller Genuine Draft (MGD) in an attempt to win back the relevance among consumers, according to the design studio.

The overhaul includes a redesigned logo, colour palette and typography and rolls out across all packaging and communications. It’s been developed jointly by BrandOpus studios in New York and London.

Miller Brewing Company first created the cold-filtered MGD in 1985, and it surged in popularity in the following decade. However, the brand has “lost relevance” in the two decades since, according to BrandOpus.

A design audit showed that the assets were “lacking in visibility and distinctiveness which was stopping the brand from being easily identified and remembered”, BrandOpus says. “The MGD brand lacked an emotive meaning that was compelling at the point of purchase,” it adds. 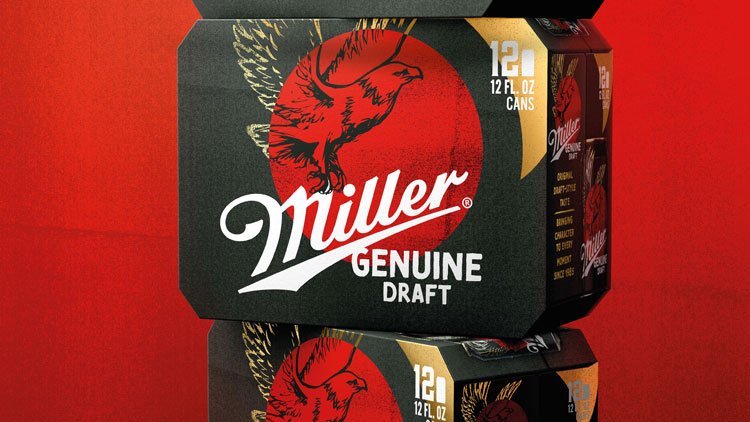 BrandOpus chief creative officer Paul Taylor says that the new identity needed to be “more genuine”. “The humble authenticity of a hand-crafted aesthetic is key to evoking the genuine-ness of the brand,” he adds.

The updated identity is an “evolution” of the brand’s existing structures such as its eagle and sun motif. “We knew from the start that we wanted to amplify the brand’s distinctive assets,” Taylor says. 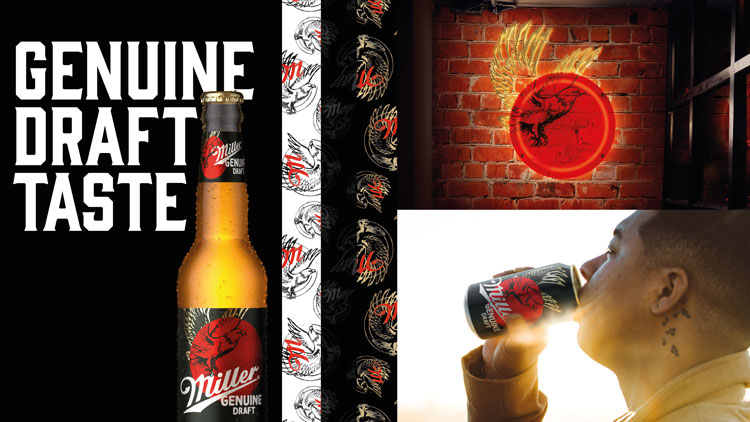 The eagle, which previously played a “secondary role” on packaging has been re-drawn and made bigger throughout the identity. The design team says that “symbol of American confidence and character” has been re-imagined to be a more “memorable icon”.

“We felt the eagle was underplayed and utilised,” Taylor says. “It was really all about deciding on a style that could evoke a more hand-crafted feel.”

Visuals also depict an animated version of the eagle. “We breathed meaning back into the brand through a more powerful and lively execution of the eagle,” Taylor adds. 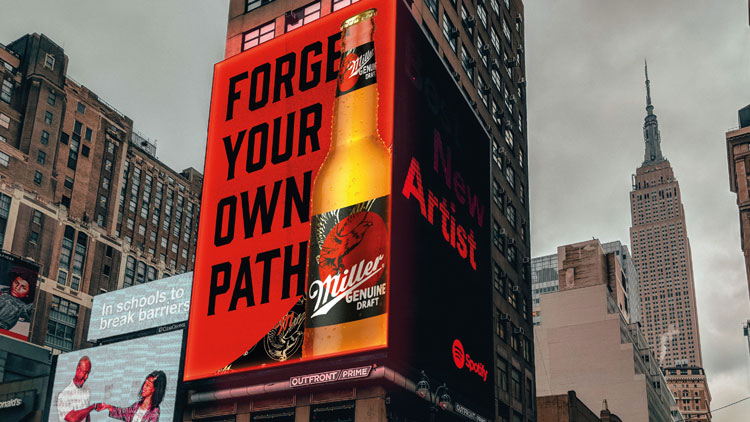 The gold, black and red colour palette has been retained but now “re-emphasised significantly to create a bold and confident look and feel”, Taylor says. “The depth and substance of our black canvas allows the red spotlight to focus the impact of our heroic eagle,” he adds.

The red sun, previously part of the logo lock-up, features widely across the new work. It “now acts as a beacon for the brand”, according to the design team.

Meanwhile, touches of gold throughout the identity aim to create a more “understated quality”, according to Taylor. The use of white in the wordmark “retains a sense of straightforwardness”, the designer adds. 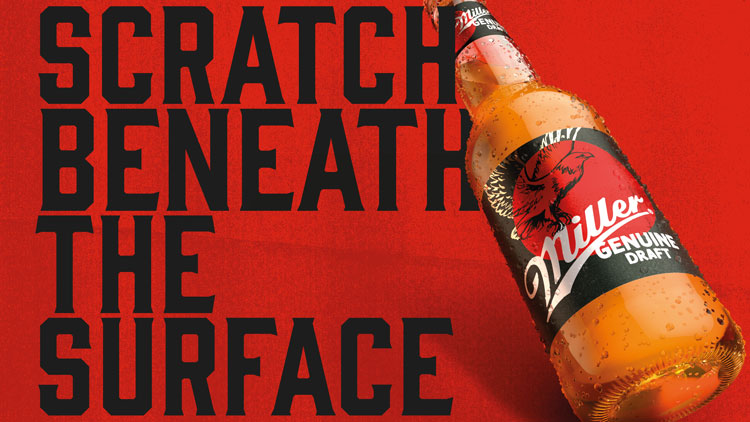 The bespoke typeface has been retained however the reworked logotype “purposefully puts more emphasis on the word ‘Genuine’”, Taylor says. “It was used because its bold hand-written style evoked a sense of authenticity and straightforward-ness,” he adds.

The secondary typeface is used for packaging as well as on print and digital communications. “Its strong and definitive type style brings depth and definitiveness to the messaging,” he adds.

These typeface changes have been paired with an “empowered and unedited tone of voice”, the studio says.

What do you think of Miller Genuine Draft’s new look? Let us know in the comments below.