Baxter & Bailey has developed a new identity for student recruitment at SOAS University of London which focuses on the “genuine international nature” of the establishment.

SOAS describes itself as the leading institution in Europe specialising in the study of “Asia, Africa and the Near and Middle East”. Its diverse teaching and research is matched with a diverse cohort of students: according to the university, its student body represents more than 135 countries. 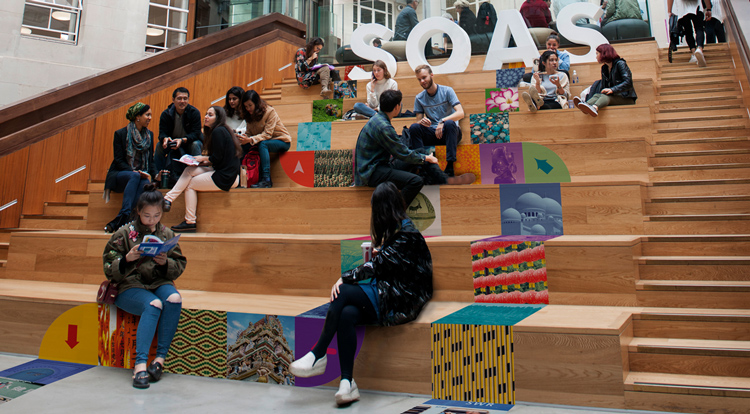 In a bid to support the university in its recruitment of students over the next three years, Baxter & Bailey has devised a brand campaign, strategy and a suite of materials. The work produced by the studio will be used across print and digital and includes copywriting from long-time Baxter & Bailey collaborator Lindsay Camp and video from Robert Dee.

The work is the latest in a line of higher education projects from the studio, with previous clients including Goldsmiths University of London, the Abbey Road Institute and Ravensbourne University London. Indeed, it was this proficiency in the sector that attracted SOAS to Baxter & Bailey initially, according to SOAS director of marketing, student recruitment and admissions David Winstanley (now at University of Southampton). 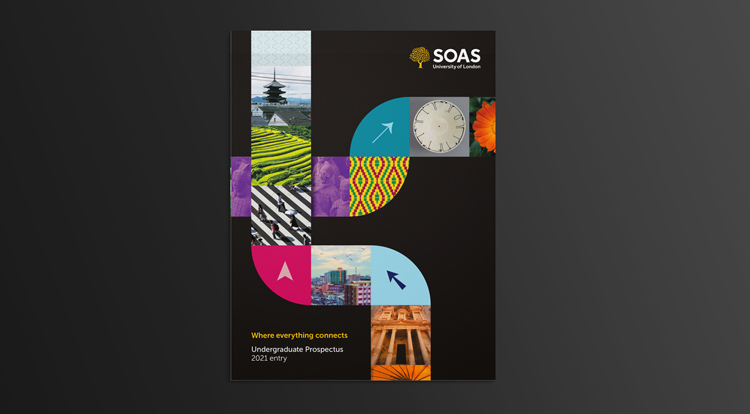 “Interconnectedness is the star of the show”

The motivation behind the project was to further demonstrate SOAS’s “point of difference as a truly international university”, Baxter & Bailey co-founder and creative director Matt Baxter tells Design Week.

“Through initial meetings and workshops with SOAS, it became very clear that their genuinely international nature and their subject strengths gave them a uniquely global perspective,” he says. This in turn, he adds, leads to SOAS students being able to better “understand and interpret the interconnectedness of our modern world” – the idea of which forms the basis of the project.

A path graphic made from multiple steps is used across the identity and communications, including social media assets, prospectuses and billboards. Each step on the path acts as a frame within which different countries and cultures can be represented. At different points, the path intersects with itself, thereby making “interconnectedness the star of the show”, according to Baxter. 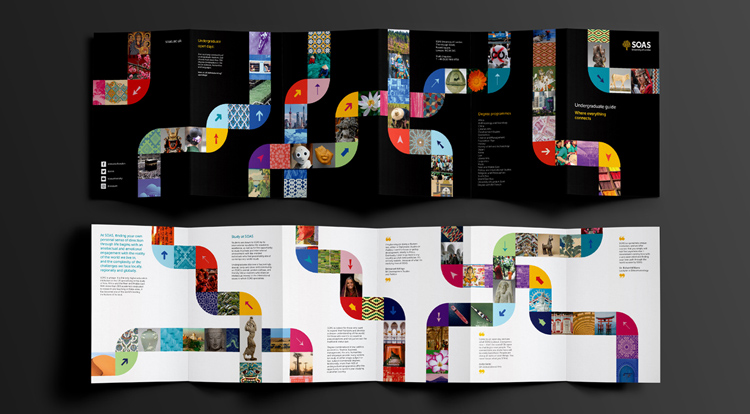 The identity is intended to be used for SOAS’s student recruitment drive over the next three years and designing with flexibility in mind was key, Baxter says.

For this reason, the frames that make up the path graphic can play host to different imagery, such as photography, patterns or illustration. In digital communications, an element of motion can be added to the mix, with the frames being used for video. The imagery used across the whole project was carefully selected by the team.

“Our challenge was to arrive at a suite of great imagery which represented a range of countries and cultures without resorting to cliché,” he says. 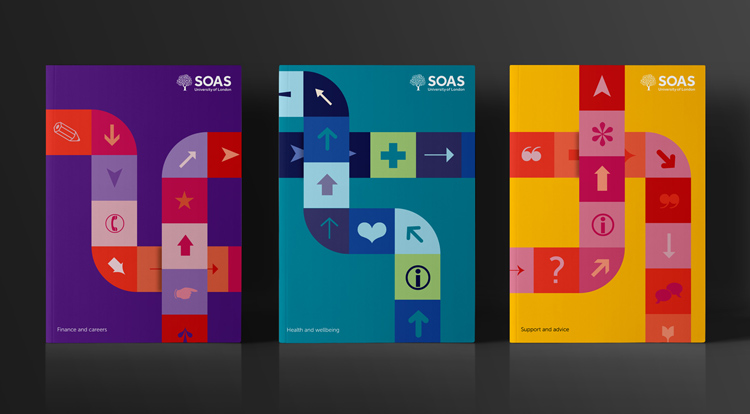 By designing with flexibility in the future in mind, the final product is able to “evolve, flex and develop” over time. With the current coronavirus pandemic posing issues and uncertainty for higher education establishments across the country, such flexibility is arguably more necessary than ever.

Summarising the project, Baxter ends: “Our aim was always to make it really clear that SOAS offers its students a global perspective and, with that, an ability to see cause and effect connections between world events.

“As we say in our campaign messaging, until you understand the connections, you’ll never change the world.” 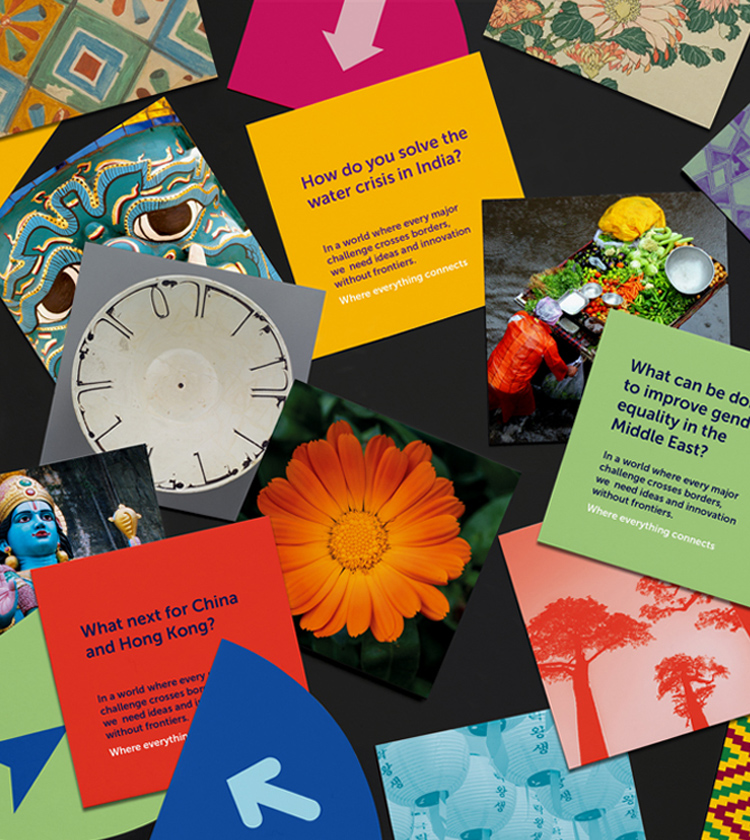 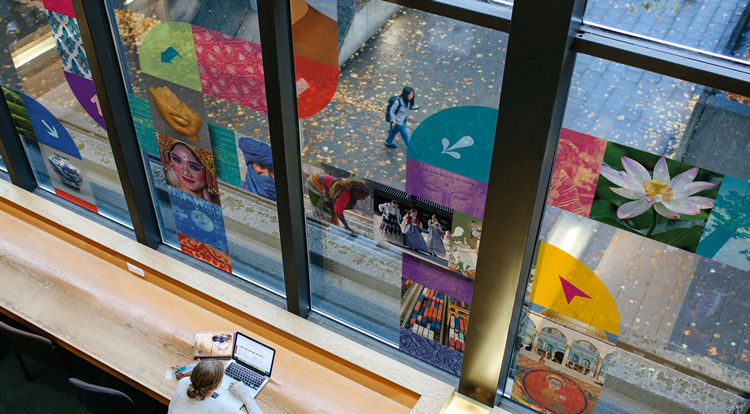 PriestmanGoode designs spaceship to fly people to the edge of space