In the three years since the Grenfell Tower fire, the story of the blaze and the names of its 72 victims have largely fallen out of the public consciousness.

A new design project from London-based creative agency Bartle Bogle Hegarty (BBH) is aiming to change this, by asking news organisations to donate column inches to display a graphic commemorating those who were killed.

The 2017 fire, which also rendered some 293 people homeless, was the deadliest residential fire since World War II. Burning for 60 hours straight, the quick spread of the blaze was the result of substandard cladding – a report published the same year confirmed that building regulations were allowing for “corners to be cut”. 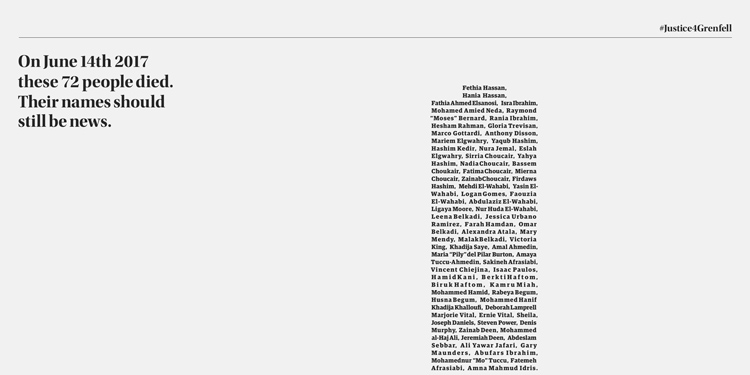 Though the fire happened three years ago, justice has yet to be served, according to Justice4Grenfell. In the face of the coronavirus pandemic, the inquiry into culpability for the incident has been put on hold again.

The impact such inaction has had on the surrounding west London community is great, so says the organisation’s co-founder and co-ordinator Yvette Williams MBE: “The local community has been turned upside down and remains in limbo whilst those responsible continue to evade responsibility or criminal justice.”

With the aim then of getting the story on the news agenda again, BBH has worked with the community organisation to design a graphic which typographically commemorates the victims. The names of everyone killed have been arranged in the form of the 24-storey tower block, while the overall graphic has been designed to resemble a newspaper column. 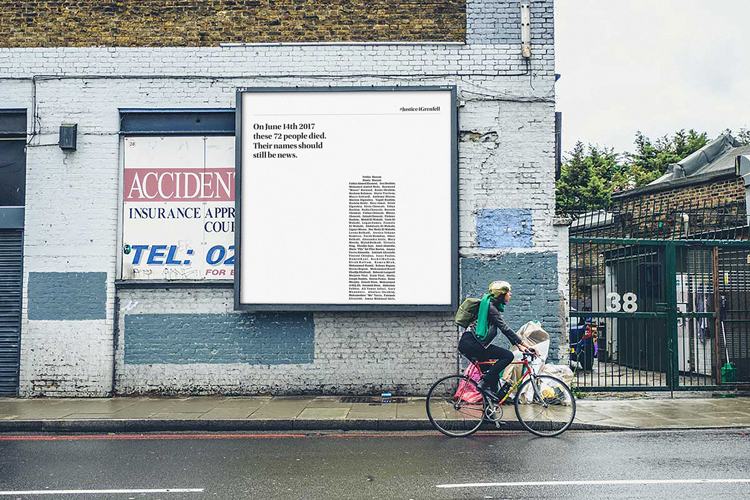 BBH has previously worked with Justice4Grenfell on awareness projects. In 2018, one year on from the fire, BBH designed a series of three billboards to be driven around London to “demand justice for the victims”. The following year, it “took over” London Fashion Week with the same goal.

To ensure the victims are quite literally brought back into the news on this third anniversary, the Justice4Grenfell and BBH teams have asked news organisations to donate column inches in newspapers to display the graphic.

Alongside this, a number of media companies have also donated billboard sites across London to further display the design. Many of the sites, such as those in Wembley, Westfield, Kensington, Ladbroke Grove and Holland Park, are located within close proximity to Grenfell Tower itself.

Additionally, Justice4Grenfell is encouraging the public to show support for the movement by sharing images of the graphic in newspapers and on billboards on social media, with the #Justice4Grenfell hashtag.

Addressing the inaction once more, Williams ends: “What happened at Grenfell is a mirror of everything that is wrong with our society. We cannot bring 72 beautiful people back. But we can force change to ensure these ills never happen again.” 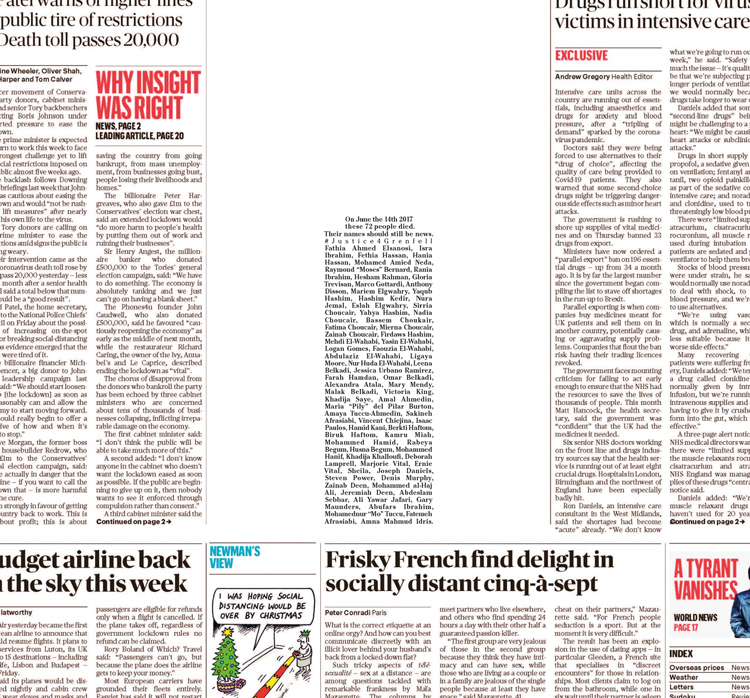 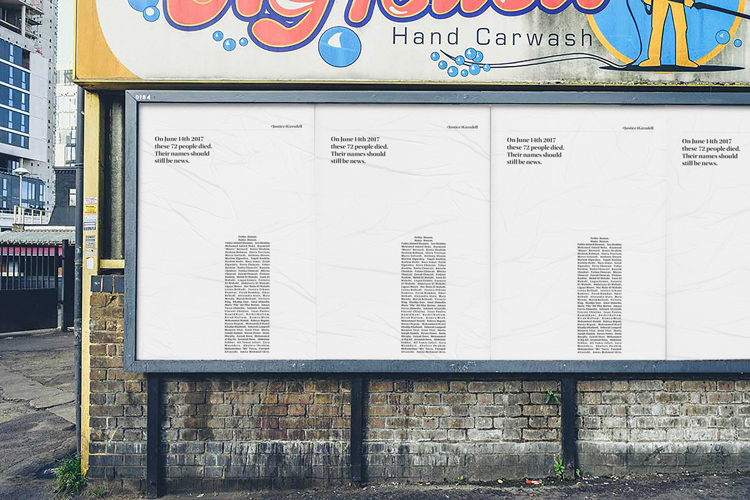 How designers are bringing virtual museums and galleries to life