PriestmanGoode has designed a spaceship which takes passengers on flights to the edge of space, around 100,000 feet above the Earth. 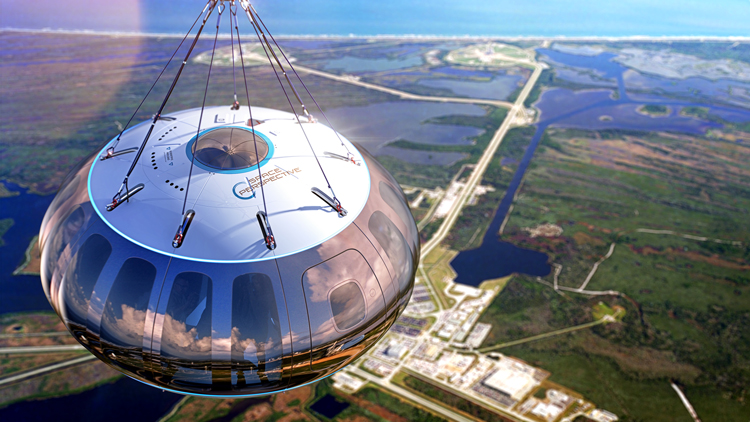 The London-based design company has partnered with U.S.-based space flight company Space Perspective on the project.

Neptune is a “high-performance balloon and pressurised capsule” which will fly both passengers and research payloads to the edge of space.

How has the capsule been designed?

PriestmanGoode co-founder Nigel Goode has headed up the project, the culmination of a long-term culmination with Space Perspective. He says that the starting point was the “passenger experience.”

“We looked at all the different elements that would make the experience not just memorable, but truly comfortable as well,” he adds. A trip to the edge of space is likely to be memorable – only 20 people have made the route before – but to accentuate the experience, the capsule has 360-degree unobstructed views.

Goode tells Design Week that it’s more of a “Concorde experience than a fighter jet experience”. “You can still drink Champagne up there,” he adds. There will be a bar onboard. 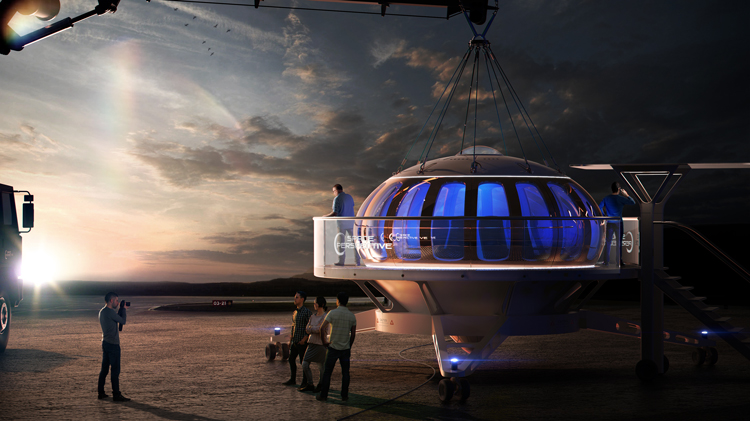 Essentials have also been included, such as a lavatory. The capsule design also means that passengers can move around during the six-hour journey. The shape has also been designed to minimise weight in a bid to create a “highly functional environment for the pilot”.

How does Neptune work? 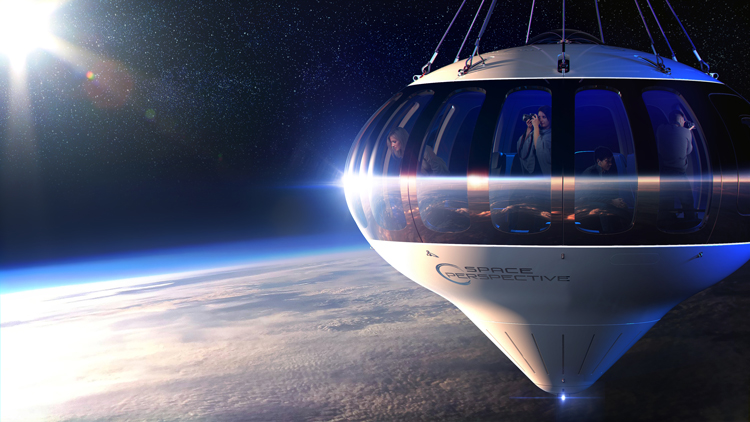 The capsule is lifted by a huge baloon, filled with hydrogen which would rise by around 12 miles per hour. It’s flown by a pilot; the journey will involve a two-hour “gentle ascent” above 99% of the Earth’s atmosphere. Then, at 100,000 feet, the capsule cruises for a further two hours.

This is not technically space so passengers would not experience weightlessness, for example. It’s mostly about the view, and being able to see the curvature of the Earth from a relatively unparalleled position.

This will allow time for the eight passengers – called ‘Explorers’ – to look around and “share their experience via social media” (which suggests that Wi-Fi will feature in some way). After this, Neptune makes its two-hour descent under the balloon and “splashes down”. From this point, a ship will retrieve the passengers, capsule and the balloon. 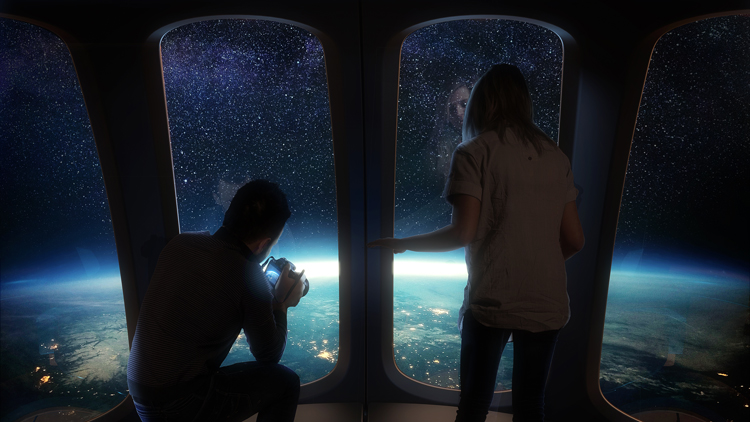 Space Perspective is a joint venture from Jane Poynter and Taber MacCallum who originally founded World View Enterprises. The company sought to send payloads of research into the atmosphere with huge balloons.

Commercial space travel is a competitive field, with pushes from Virgin Galactic and Blue Origin (founded by Amazon founder Jeff Bezos). The first un-crewed test flight for Neptune is scheduled for early 2021, from the shuttle landing facility at NASA’s Space Center in Florida, USA.