The Royal Mail has unveiled a range of stamps that celebrates the films of James Bond.

Design studio Interabang has created the range, which includes six stamps, a miniature sheet and a presentation pack. 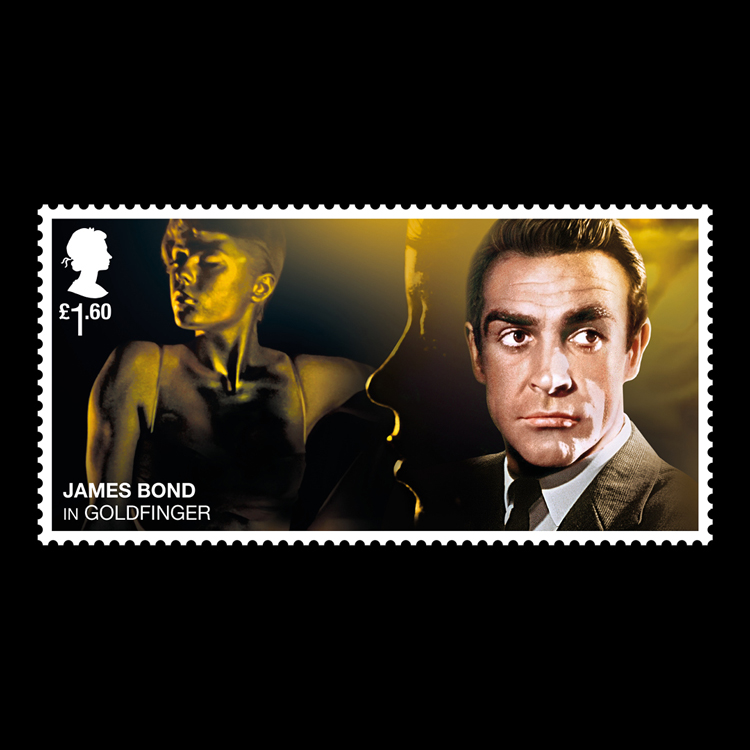 The James Bond films, based on the novels by Ian Fleming, are the longest running series in film history. The first, Dr. No starring Sean Connery as Bond, was released in 1962. The latest film, No Time to Die featuring Daniel Craig, was supposed to be released in April 2020 but has been delayed because of the coronavirus. 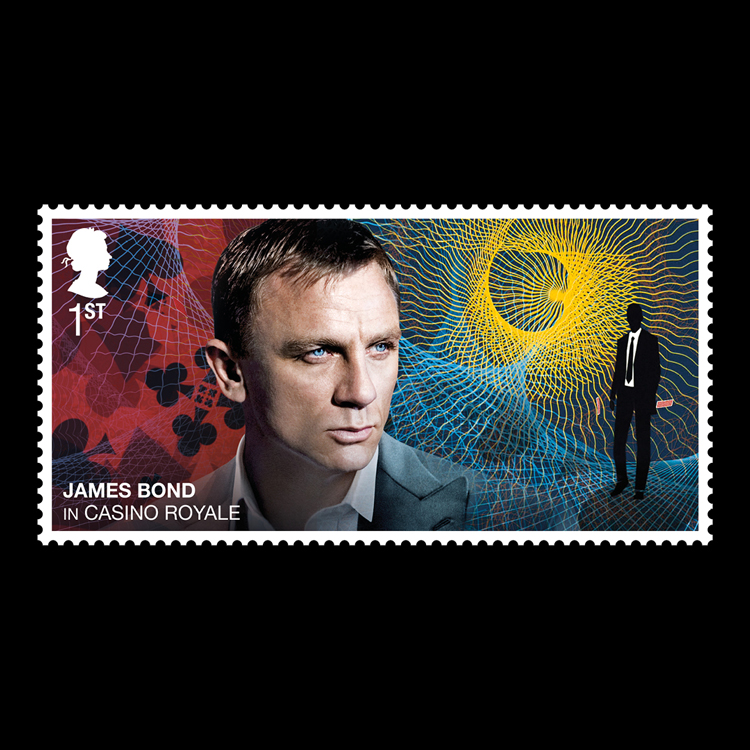 Throughout the series, six actors have played Bond and the brief was to honour each of them, Interabang co-founder Adam Giles tells Design Week. It was also key to create a “cohesive” look for the series, while maintaining a distinctive look for each Bond era. This presented a challenge: making films released in the 1960s tie in with a more “contemporary” look that matched more recent releases.

The studio was inspired by the films’ “evocative” opening titles. By playing off these sequences’ visuals, the team was also able to express the distinct era for each actor. “Visually they’re amazing,” Giles says. “It’s a great way of getting colour and excitement into each stamp.” 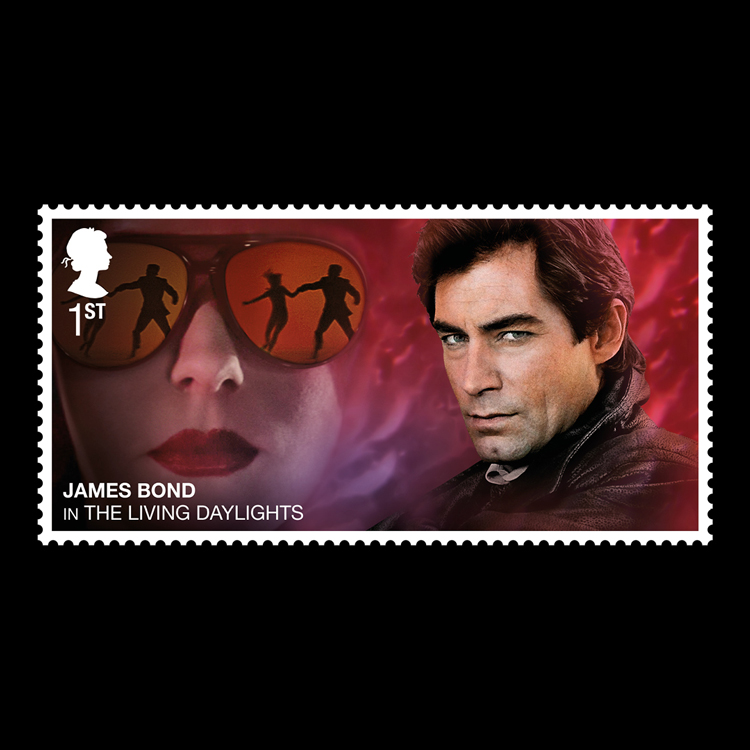 Each stamp is based on a single film from the actor’s oeuvre, along with a portrait of the actor. Goldfinger for Sean Connery, On Her Majesty’s Secret Service for George Lazenby, Live and Let Die for Roger Moore, The Living Daylights for Timothy Dalton, Goldeneye for Pierce Brosnan, Casino Royale for Daniel Craig.

Giles says that the aim was to pick a film that was “iconic” for each Bond. Most often this was the actor’s first outing in Bond, though Lazenby only appeared as Bond once so the choice was already made. The designer says that it’s the first film – such as Brosnan’s Goldeneye in 1995 – that seems to cause the biggest “shake-up” for each incarnation.

The only exception is Sean Connery; 1964’s Goldfinger was the third instalment in the franchise. The film was when “all the iconography of Bond locked into place”, according to Giles. It also features one of the franchise’s most famous title sequences for Bond, designed by Richard Brownjohn.

“A labour of love” 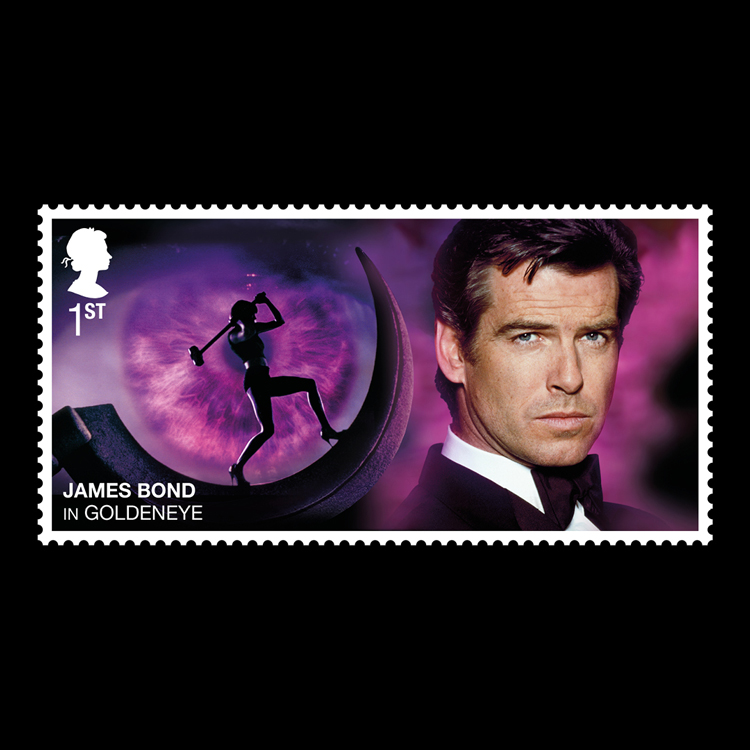 The sequences were not simply screengrabbed. Instead, Giles explains how the studio worked by a collage technique to create a composition for each stamp. It was a “labour of love”, he says. Individual frames from sequences were taken and fitted together like a “jigsaw puzzle”.

The aim was for each stamp to have its own colour system, and the sequences worked well with this ambition, he says. In Daniel Craig’s Casino Royale stamp, there’s a complex graphic system based on playing card imagery with red, blue and yellow tones. The studio used a portrait of the actor from the specific Bond film referenced for added authenticity.

A typesetting inspired by the films’ credits has been used, while the stamps’ wide shape is also “filmic” Giles says. “We wanted to work in all of the film language that we could,” he adds.

A miniature sheet has been designed as a tribute to Q branch – the division that supplies Bond’s gadgets.

These were in part picked for their visual interest. While many of Bond’s gadgets work well on camera – such as an explosive pen – they are not as suited to static images. “They’re great fun as gadgets, but they don’t make a visually interesting stamp,” he exaplins.

Instead, the Aston Martin DB5 from Skyfall has been featured, along with the Lotus Esprit Submarine from The Spy Who Loved Me. Giles says that the team worked to find a clear shot of each gadget. The Lotus Espirt often appeared “murky” as it was underwater, for instance. 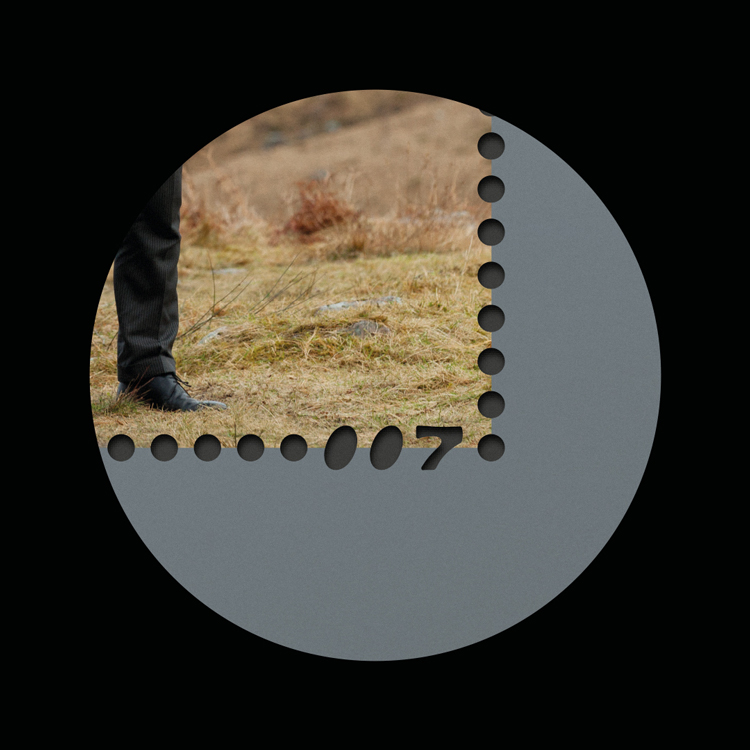 There is also – fittingly – a hidden clue in these stamps. Details about each gadget have been written in an ink that only becomes visible under UV light. Under the light, it’s revealed that Little Nellie (from You Only Live Twice) has machine guns, flame throwers, aerial mines and rockets, for example. “We wanted to make the miniature sheet into a gadget itself,” Giles says. “It felt like something a secret agent would have.”

There are also “unique 007 perforations” around the side of each stamp. 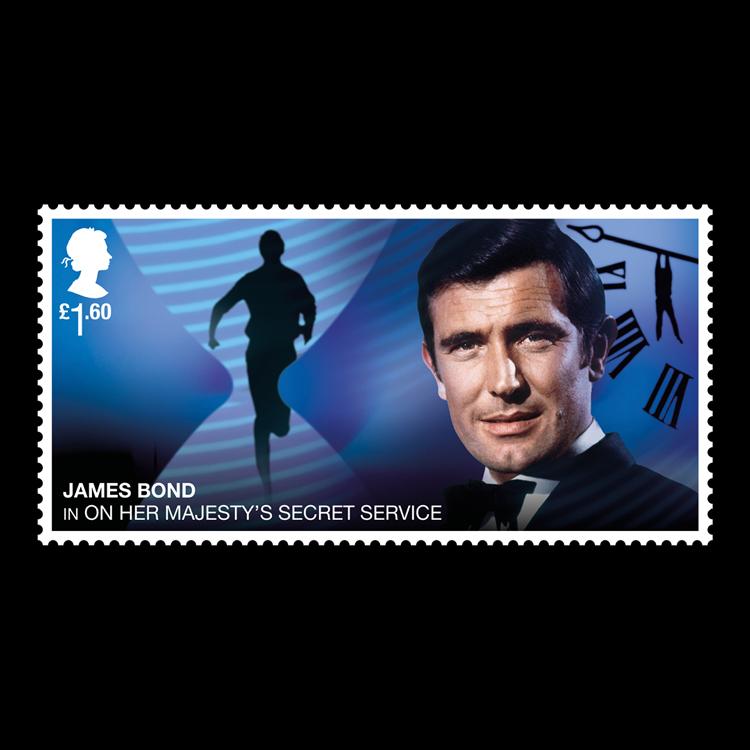 The presentation pack does a deeper dive into the 25 Bond films (No Time to Die is the 25th) with a synopsis of each one. On the reverse is a section exploring his important relationships, from his villains to the various henchmen he faces in the films.

These helped to evoke the wider Bond universe, Giles says. “The Bond films aren’t just about Bond himself,” he adds, “they’re about the world around him and each film is expected to have certain touchpoints.”

Interabang also designed two medal packs for the Royal Mint, one of which explores the Q branch in further depth.

Premier League return: are there design solutions to a lack of crowds?