London design studio Templo has created a new identity for the European Centre for Executive Development (CEDEP) which seeks to better reflect its experimental spirit.

The new work includes a spherical logo and typographic identity that rolls out across print communications and building signage as well as an AR app for alumni events.

Established in 1972, CEDEP is an executive club and corporate universities located in Fontainebleau, France, around 50km from Paris. It aims to educate managers about international industry contexts, working practices and provide a unified education experience.

While CEDEP challenges sector conventions with experimental teaching methods such as druid forest walks, its previous identity did not reflect this, according to Templo creative director Pali Palavathanan.

“Business schools and the executive education sector is often stuffy and traditional,” he adds. “Our approach positioned them as a challenger brand in the space; it is rebellious and experimental to reflect their methods and approach.” 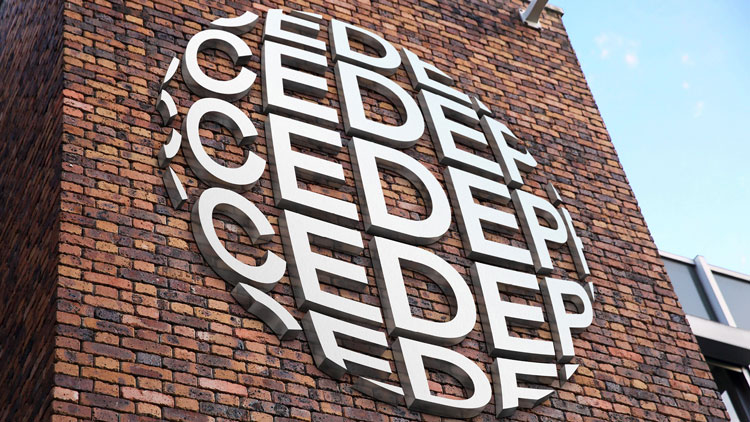 As the school is based in the Fontainebleau forest, Palavathanan says that another ambition was to “package up the ‘smell of the place’”. The studio hoped to celebrate its unconventional teaching techniques such as humanist philosophy and building playgrounds for children with disabilities, according to the designer.

The new identity emerged from workshops and a consultation with CEDEP alumni. The driving principle for the new identity is the ethos: ‘meeting of minds’. 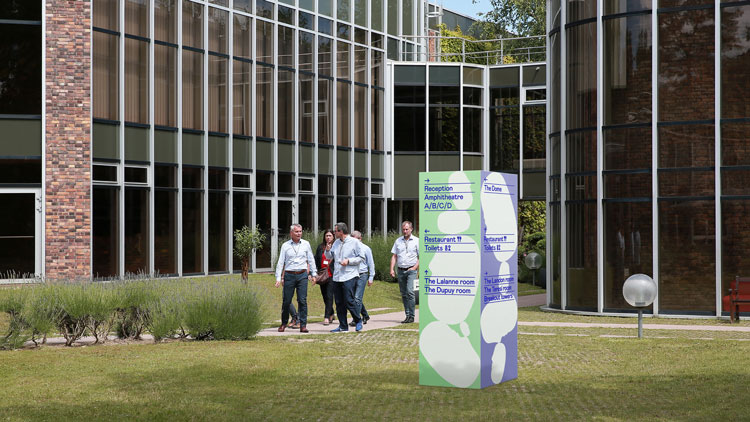 The new logo is a sphere symbol, which is a “nod to CEDEP’s real world relevance”, according to the designer. It also symbolises CEDEP as a meeting point and “many elements coming together”, Palavathanan says.

This spherical design can be adapted into a variety of patterns throughout the identity, morphing over abstract as well as doughnut shapes. “We wrapped the logo concept onto different 3D models which reflect CEDEP’s teaching philosophy and principles,” Palavathanan says.

The logo also represents an O and can be used for messaging on brochures, posters, social media assets and event materials. This element appears on branded material such as toiletries. 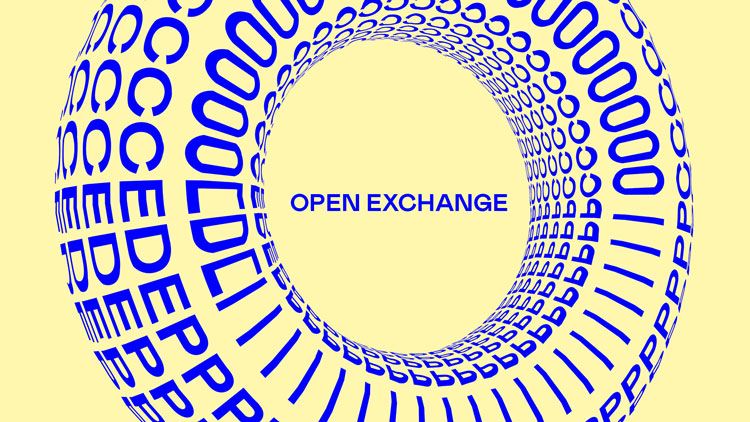 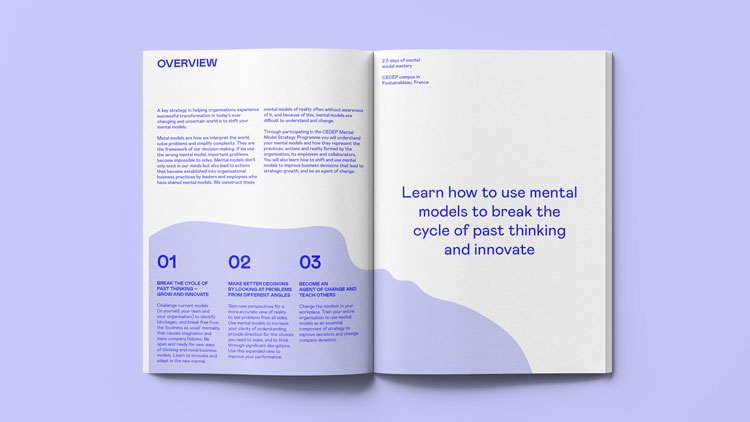 The core brand colour is blue, which is supported by a secondary palette of muted tones including a lilac and pale green colour. Colophon Foundry’s Mabry typeface has been chosen for the new identity.

The visual identity also rolls out across wayfinding, print communications and CEDEP’s redesigned website. Several icons have also been designed for the new identity.

The studio has created an AR app for the rebrand, which can be used by alumni at reunion events. The interactive elements was an opportunity for people to “immerse themselves in the new brand in a completely new and playful way”, Palavathanan says.

“It was also another way to kick them into the 21st century and do things that other business schools can’t.”

What do you think of CEDEP’s rebrand? Let us know in the comments below.

What are NFTs and should designers be thinking about crypto art?