New York-based design studio Loyalkaspar is behind the branding for Paramount+, a new streaming platform from ViacomCBS.

Designed to compete with the likes of Netflix, Disney Plus and Amazon Prime Video, Paramount+ will offer subscribers access to more than 30,000 on-demand TV shows from places like MTV, Nickelodeon and Comedy Central. It will also offer live sports coverage and 24-hour news. 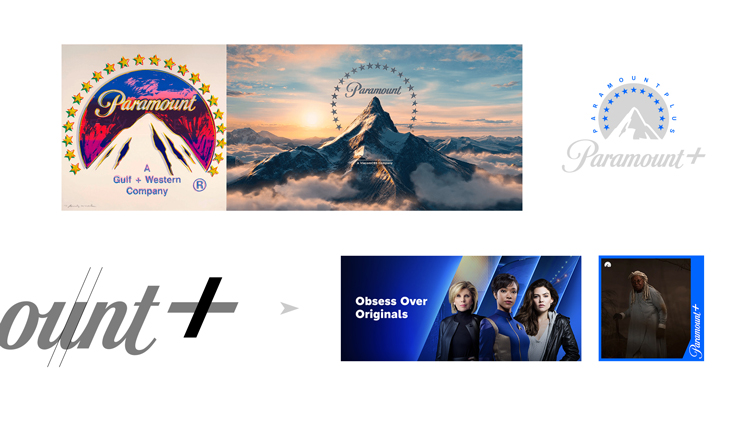 Loyalkaspar chief creative officer Beat Baudenbacher says the studio was approached by ViacomCBS off the back of its rebrand of Comedy Central in 2018.

He cites a good existing relationship with the media conglomerate and the studio’s “streaming-specific knowledge” as reasons for the appointment.

The task was to rebrand ViacomCBS’s existing platform, CBS All Access, into the new Paramount+ streaming service.

There was one overarching question to consider throughout the work, according to Daniel Dörnemann, Loyalkaspar’s executive creative director: “How do we leverage the rich heritage and legacy of this iconic brand, while making sure it feels modern and at home in the digital entertainment ecosystem?” 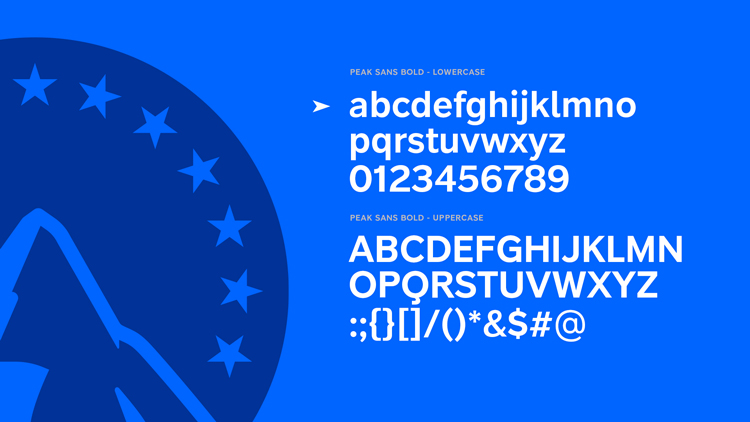 “Looked at through a lens of reduction”

The identity for Paramount+ is informed by “rich cinematic heritage”, Dörnemann says.

The vertical use of the wordmark, for example, is inspired by “the blade” – the vertical signage found outside of movie theatres, while the logo itself “resolves on a very graphic interpretation of a sound stage”, says Dörnemann.

Even the motion language, like the way the typography animates onscreen, is informed by cinema, he says, as the camera “pans, dollies and cranes”.

“All of these had to be reinterpreted and looked at through the lens of reduction to make sure they felt modern and were functional across all platforms and devices,” adds Dörnemann. 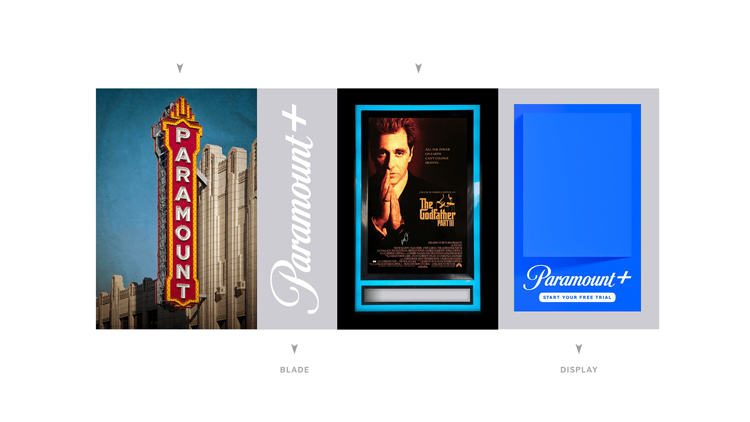 “Small sizes are the norm and not the exception”

Finding a balance between these old-school cinema nods and heritage of the Paramount brand, and a modern platform like streaming was one of the challenges of the project, says Baudenbacher.

No more was this true than with the Paramount mountain logo, which was redrawn for the identity.

“We went through countless sketches of much more modern interpretations of the peak, all of which led us to a simple conclusion: if you push it too far, it doesn’t look like the logo people know and love,” he says, adding that in some cases, the logo started “looking like a mountaineering company”.

The team acknowledged it needed to be a light touch to be recognisable but the existing marks for Paramount Pictures and Paramount Network were “much too detailed for a streaming platform, where small sizes are the norm and not the exception”.

“We worked backwards: tracing the outline of that particular asset, then starting to fill in the light and shadow of that particular lighting scheme,” says Baudenbacher. “Finally we aligned the angles within those shadows with the angle of the Paramount Script to craft a more unified lockup.” 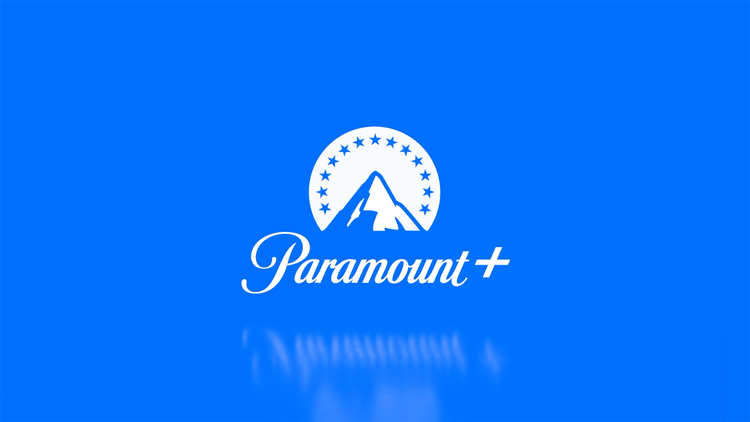 “A seal of quality and approval”

The Paramount wordmark has a “considerable amount of equity” on its own says Baudenbacher. From the original script, the team was also able to extrapolate a whole typeface which is used elsewhere in communications.

As both the script and the peak have standalone equity, the overarching framework for the platform uses both elements individually as well as together.

“While the script is present whenever the name isn’t spelled out in the type of a platform, we turned the mountain into a seal of quality and approval,” says Baudenbacher. “It can live by itself in the top left corner or be locked up with Paramount + Original Series and Exclusives.”