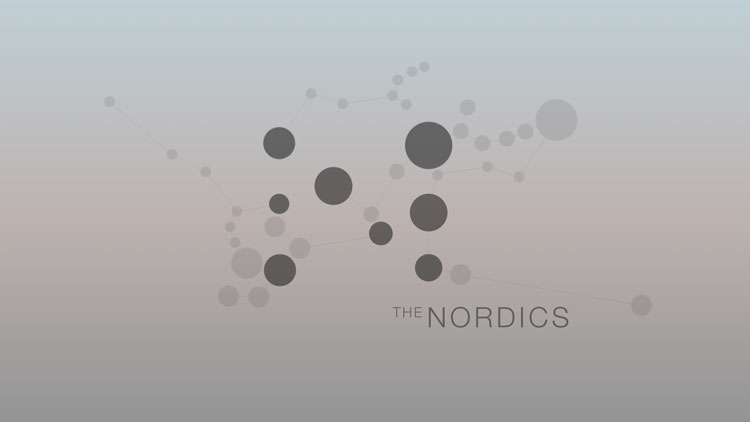 The Nordic region of Europe has been given a new brand identity which looks to portray it not just as a collective group but also a “mindset”.

Danish designer Ole Lund has designed the visual identity for The Nordics, which comprises Denmark, Finland, Iceland, Norway, Sweden, as well as the Faroe Islands, Greenland, and Åland.

The team was selected by the Nordic Council of Ministers – the official government cooperation between the countries within the region – based on its branding concept called “Traces of North”.

The concept is centred around the idea of curating “Nordic narratives” and “traces” around the world through mediums such as films, articles and images, with the aim of promoting common Nordic ideas and values internationally.

“Show Nordics in the world”

“We are trying not to go down the same alley as almost all place branders tend to,” says Nordic Council of Ministers brand manager, Tobias Grut.

“Consequently, instead of showing The Nordics to the world – we will show the Nordics in the world.”

Lund’s identity for the place brand looks to reflect this concept, with a logo based on a series of dots which are formed into an “N” shape.

A larger, animated dot design featuring interconnected lines will be used across digital platforms to highlight the connections between different “traces”.

A muted colour palette of blue, grey, white, black and pink has been incorporated, which will be used across all touchpoints.

Helvetica has been chosen as the primary typeface due to its versatility and readability and will appear set in thin; light; regular; medium and bold, while Times New Roman will be used as the secondary typeface.

The Nordic Council of Ministers has launched a Traces of North crowd-sourcing campaign to coincide with the launch of the identity, asking anyone from the Nordic region or elsewhere to submit examples of “traces” which demonstrate the “Nordic mindset”, says Grut.

These “traces” could include anything from architecture to people such as Fadumo Dayib; a Somalian refugee who grew up in Finland and is now running for president in her home country.

Eight applicants will be selected by the council by mid-June and will then be allowed to research their submitted example in more detail.

All of the “traces” will then be collated and archived in a virtual “toolbox” designed by Area9, which can be accessed by anyone and used at events, projects and places around the world.

The brand elements, tools and “traces” are expected to continue to evolve and expand over the coming months.

The visual identity has now rolled out across physical and digital touchpoints, including The Nordics website. 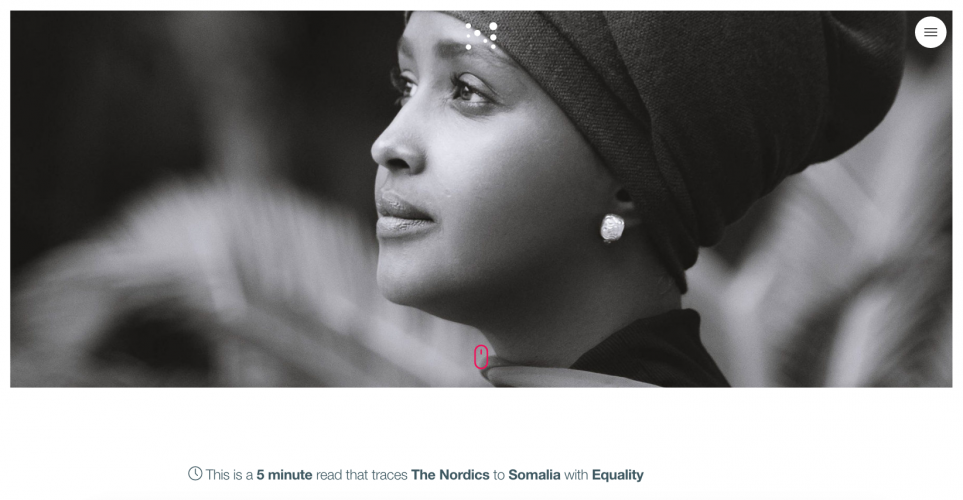 Being acquired: why big brands are buying design studios