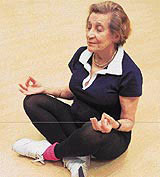 The first evidence of Hookson’s £50 000 rebranding of leisure company The Hogarth Group rolls out next week.

The revamp comes at a time when major players in the health and fitness market are struggling, says Hogarth Group marketing manager Tim Slater.

He adds, ‘Marketing budgets for the major chains have been slashed. But we wanted to make sure the perception of our clubs was well-understood. The new look is confident, modern and upmarket.’

Hookson has redesigned promotional brochures for the company’s three health clubs, The Park Club, The Hogarth Health Club and Lambton Place Health Club, which will display revamped identities for the latter two brands. The brochures feature reportage images by photographer Tim Edwards, along with bespoke ‘screw’ binding and French folds in the design.

The consultancy has also created an identity for The Park Club, the group’s flagship centre. This has become the basis for updating signage, staff uniforms and internal and external literature across the three clubs, all of which launch in the autumn, says Slater.

Hookson director Bryan Hook says, ‘While each of the clubs have a separate identity and different clientele, the aim of the brief was to bring more consistency to their communications materials by playing on the fact they’re owned by one group.’

Hookson is now at the ‘review stage’ of revamping the website, he adds, and this work will command another a fee.

In addition to Hook, design director Jason Dobson and designer Lilly Wilson formed the creative team. Hookson won the work in April after a three-way credentials pitch against unnamed groups.