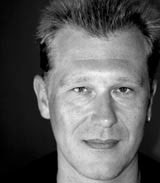 Christmas has become a holiday of consumerism and clichés, but Jim Davies suggests we should cut back on the excess and celebrate it more responsibly.

There’s a seasonal joke my nine-year-old son has been dusting off for the past couple of years. It goes like this. Q: What did the grumpy bloke say on Christmas Eve? A: I don’t care what your name is, fat man, get off my roof and take your pesky animals with you.

Maybe it says something about the level at which my sense of humour operates, but the first time I heard that, I laughed out loud. By the eighth or ninth rendition, it was losing its lustre, admittedly, but I began to deconstruct why I’d found it so amusing.

My scholarly conclusion was that it subverted various unspoken, shared reference points. In other words, we know what’s being said without actually having to say it. And there’s something inherently funny about telling Santa to shove it – especially coming from a kid.

But it also made me think that all the design, marketing and promotion that envelops Christmas has arrived at the same point. Everyone who works in this arena agrees that the themes, catchphrases and iconography have become incredibly jaded. Fir trees, glitter, robins, bows, crackers, angels, snowflakes, stars – every 12 months they’re rolled out with all the predictability of… well, Christmas.

There we all are, in the preceding July, desperately trying to put a new spin on these hoary chestnuts, to find a fresh way to cook an old turkey, but unwilling to throw it out and start again. We end up disguising Christmas with kitsch, lacing it with irony or trying to be subtle, lateral and tastefully understated. So Santa (along with all the other seasonal emblems) is referred to obliquely, in hushed tones – like the embarrassing uncle who falls asleep, dribbling, after too much sherry.

Why do we cling to these hackneyed, overexposed symbols? Is it tradition? Religion? Nostalgia? Comfort? Because we’ve always done it? Not really. As with the joke, it’s a matter of connection and common language. Easy shorthand – like switching on the fairy lights for atmosphere. No one is quite brave enough to cut the ribbon that dates back to Victorian times, when most of these tired old icons first put in an appearance.

Maybe it’s time we moved on. The way we present and celebrate Christmas has become out of step with the way we live our lives the rest of the year. We’ve lost touch with the original meaning of many traditions, and there’s an unbelievable amount of waste and excess. According to Friends of the Earth, a third of the food we buy over the festive period ends up in the bin. We throw out enough wrapping paper to cover the whole of Guernsey. Some 744 million cards are disposed of – but if they were recycled, we’d save around 248 000 trees.

Excuse the high-horse stance, but instead of scratching our heads to come up with yet more ‘original’ retreads, the design industry should focus on making Christmas a more imaginative and right-on occasion. Abandon the robins. Find ways of cutting back on the overblown, special edition, garish foil packaging. Use more responsible materials. Create products that are useful, long-lasting, sustainable and appreciated.

And, as consumers, we should try to buy more selectively and carefully. The idea of surprising your girlfriend with a ‘saucy Santa’ outfit might have seemed a good idea after a couple of pints, but, let’s face it, she’ll only wear it once – if you’re lucky.