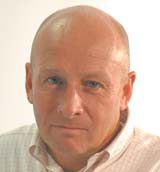 What I would like to keep as a memory from 2005 is the wonderfully long summer – people out on the streets, restaurants and shops full to bursting, everyone caught up in the euphoria of great sporting wins – the cricket (and I say that as a Scotsman) and the success of London winning the 2012 Olympic bid. What I’d like to erase is the day after that, when our lives were infiltrated by an evil which, in some way, will have affected every single one of us.

It would be churlish and ungrateful not to take my Honorary Fellowship of the International Society of Typographic Designers and its premier award for my book ‘Notes on Book Design’, as well as the Prince Philip Designer’s Prize for 2005. What I would leave, is the renaming of the London College of Communication (at which my grandson is now a student). What 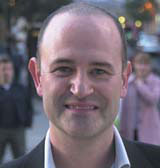 was wrong with the London School of Printing and Graphic Arts? I’d also leave Iraq.

Derek Birdsall, Graphic designer and Prince Philip Designer’s Prize 2005 recipient I’d take my people, my clients, our wonderful work and our business performance. Let’s keep the spirit of 2012, of qualifying for the World Cup and of Live 8. I’d leave behind the horrors of 7/7, of New Orleans and of the Asian tsunami.

It’s so easy for the leave behinds: incomprehensible client tender documents; phrases such as ‘going 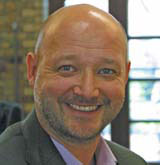 forward’, ‘don’t go there’ and ‘brands with legs’; and Harry Potter. The year 2005 was forgettable, but I suppose there is the iPod Nano and Wembley Stadium.

The year 2005 was about confidence. The UK design industry went into this year buoyed by a great 2004. Then the election, a housing market slowdown and a drop in retail sales dented that confidence. Less money was spent with our industry. Crazy! Design will fuel British confidence more than ever.