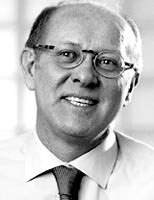 Ever since news that consultancies were being charged for the privilege of pitching broke last week (see “dw200102090001”), response from the industry has flooded in. Unjust, indefensible, shocking, scandalous and outrageous, to list but a few responses.

Members contacted the Design Business Association to complain that they were being asked to stump up as much as £360 to gain access to information to be able to pitch.

However, the cash for information scandal took an unexpected turn when it transpired that Central Office of Information Communications, which announced that it was putting together a creative services roster last week, would charge consultancies for simply sending in their details.

Design groups that want to be considered for a place on what must rank as one of the most prestigious rosters in the business must agree to a £50 administration charge. Freelances get away with a £25 fee.

The phones and the e-mail haven’t stopped since. Most reactions began with disbelief that a central Government agency would even consider charging. All were against the principle of having to pay. Many of the groups contacting Design Week are in fear of being named, which is testament to the power and position of the COI.

However, Walker Izard director Tim Walker provided a typical response: “Though we have a dedicated public sector design unit, and you might therefore think that we would have a better than average chance of success, the more we think about it the more ill-conceived and unfair it becomes to ask potential suppliers to pay to submit their credentials. From a Government organisation it effectively constitutes a tax on those seeking work.

“As for the private sector – if the concept catches on the next thing you know clients will be demanding that design groups bid against each other simply for the right to get on to pitch lists,” adds Walker.

A more succinct view was offered by a consultant who declined to be named: “Paying to lick the dog’s bollocks seems a bit excessive.” “Excessive” was a charged levelled by another design group in light of director of COI publications and digital media Michael Reid’s comments that it expected a huge response.

“It feels as if the COI is trying to recover the cost of putting together a roster. That’s not fair, it should have budgeted for it in the first place,” another commented. “As a taxpayer, I have already paid for people to work at the COI. Being asked for a fee to submit credentials is effectively being charged twice.”

Others suggest that the COI is charging for the process simply because it can. “It is another case of market forces squeezing the creative professions. The culture of getting the best value out of everything, which means in this instance, getting consultancies to pay for the creation of its roster.”

Reid is at pains to defend the COI’s stance as being its first foray into the creative regions. “The point that we want to get across is that we are genuinely trying to find the right way of working with the design industry and individual designers. We haven’t had a creative services roster before and we are very keen to discuss ways of working with the DBA. We want to make it work and we want to get to the very best ways of managing design across Government,” he says.

Few would argue that regardless of its intentions, it has got off to a bit of a rocky start.

Reid stresses that the £50 fee will help to recover some of the costs of the exercise, but by no means all and there is no way that it will make a profit. “It is a contribution to the cost. Bear with us, we are trying to strike the right balance between recovering part of the costs and not raising barriers to companies or individuals that want to work with us. We are looking at innovative ways of working and are taking risks. We hoped to be judged fairly.”

He adds that some consultancies “really see [the £50] as offering very good value” given the volume and value of work likely to be offered to roster groups.

Reid rejects the idea that the cost of such processes as creating rosters should be covered by tax. “The basic costs, such as salaries and the building, are met with taxes, but individual processes are not covered. Taxes would go up dramatically if they were. This is a business-to-business issue: should taxes cover every process? I’d suggest not,” he says.

Reid argues that the procedure is not unacceptable to the bulk of design groups. “As of [last] Monday we had 150 enquiries. Three consultancies said that they didn’t agree with the process, but we have had no complaints about the charge,” he says.

Reid also claims that the DBA’s initial response was far from outraged. “We sent [the information] to the DBA at the same time as we issued the press notice and the DBA circulated it to its members. If charging had been an issue, the DBA wouldn’t have circulated it,” he says.

Rowland-Hill counters: “It wasn’t in the stuff the COI sent us. The practice is indefensible. It is one party in a business deal using disproportionate muscle to extract money from potential suppliers. If we had known about it, we would not have sent it out to our members. It is wrong.” Rowland-Hill adds that the DBA lawyers are investigating whether the process is anti-competitive.

However, he stresses the point is not to “have a go at clients”. “The point is to improve things for the effectiveness of design and design management,” he says.

Reid says he is keen to talk and Rowland-Hill says he’ll listen. It should be an interesting conversation on 1 March.