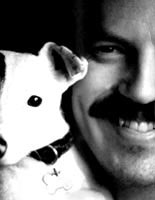 What exactly is the difference between graphic design and advertising? Anyone that works in either field knows there is gulf between them. I have been to a dozen D&AD dinners without ever having spoken to an ad guy. It is confusing. After all, on the surface we seem to do more or less the same things. We both use type and images, we both print stuff, do websites, use logos, talk about brands.

The writer Steven Heller characterises the way that most designers feel, perhaps somewhat arrogantly believing that “advertising is the tool of capitalism, a con that persuades an unwitting public to consume and consume again”. Whereas graphic design is a noble craft, “an aesthetic and philosophical pursuit that communicates ideas”. However, he points out that the two are inextricably intertwined, not least because graphic designers have always produced adverts, right from design’s beginnings.

Heller demands a more honest appraisal of the relationship between graphic design and advertising. He describes it as that of a mother and child, giving advertising the privileged role of mother. But just when we seem to be getting somewhere interesting, he ends his “Mother and Child” essay with these words: “advertising and graphic design are equally concerned with selling, communicating, and entertaining… to appreciate one, the other is imperative”, and takes us right back to an indivisible mush.

In an essay for Eye magazine (“Design is advertising”), the critic Rick Poyner sees dramatic potential in this mush. He melts the two disciplines into a nasty conglomerate which behaves like a kind of nightmarish ectoplasm, soaking into everything so insidiously that “you cannot escape it and there is nowhere it cannot be found”. He needs to mix it all up, and paint it so black, because the stage is then dramatically set for his heroes, the “nomadic resistance”, a band of select typographer guerrillas who will come and destroy the malevolent force by using type and colours in a really cool and meaningful way.

What he does on the way though, is surrender his job of working out a proper definition of either craft by saying: “it is not a question that graphic designers show many signs of wanting to address”.

The primary source of the haze is that our two crafts share the same visual language. Perhaps by accident, Poyner does make a useful point. It is designers themselves, in the processes of doing and making, that can help us in our dissection.

The most famous formula for devising an ad is to determine the product’s unique selling point. The communication has to be as fast as possible and surely made. Ads are usually one surface, one poster, one page: one message. It is possible to talk of the ideal ad, a communication that is succinct and clear.

Graphic design on the other hand is frequently diffuse and manifold. The manifestations are so varied: books, brochures, literature systems, magazines, sign systems, corporate identities, pack ranges. Although portions of these – the cover or front – may carry pointed messages, as a complete object or set of objects they form a more complex, nuanced, and interrelated whole. It is impossible to imagine one ideal design, so dependent is the process on content and context.

And there are differences of time. An ad is designed to take ten seconds, a minute at most, from your life. A magazine swallows an hour, a book can take days (a software program manual takes a whole lifetime). While elements of an identity might be designed to be instantaneously comprehended, such as a logo, the identity as a whole has a more complicated relationship with time. There are stark differences in the material form. Art directors very rarely choose the material an ad is printed on – I would guess that the paper and inks for billboards are determined predominantly by how well they perform in sunlight and rain. For a designer the materials are intrinsic to the piece of work, and are agonisingly and specifically chosen.

Another stark distinction is that ads are very rarely purchased for themselves. They intrude, gesticulate, vie for your attention. Much graphic design is chosen and bought: millions upon millions of books and magazines, billions of packs. To put it crudely, advertising is the promotion of a product or brand, and it is purely that, while, generally speaking, design is the organisation and articulation of that product itself. Siamese twins can be seen as one entity, or as closely related, but each with a personality all their own.

‘O’ is for Options