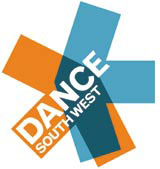 Falmouth group Gendall Design has this week received sign-off on its identity for Dance South West, a National Dance agency that launches in April.

Based in Bournemouth, Dance South West is a consortium of five county dance agencies. Tasked with developing dance throughout the region, the organisation will work with artists, audiences and promoters and will offer advice and information, training, advocacy and planning services.

According to Dance South West director Kate Castle, the organisation hopes to ‘challenge existing notions of the South West’. To this end, it briefed Gendall Design to create an image that was both ‘cutting edge and lively’.

Because the organisation has a broad remit, covering a wide spectrum of regions, from deprived inner city areas to ‘far flung’ rural communities, the group’s challenge was to create an identity that ‘subverts expectations of dance’, adds Gendall.

‘There’s a perception that dance is an urban activity,’ he says. ‘The identity subverts this by being aggressive rather than flowing, and forward-looking, not traditional.’

The consultancy was appointed to the project in July, without a pitch, on the strength of its previous work for the Eden Project in Cornwall and Department of Culture, Media and Sport.

It is now working on applications of the Dance South West identity across literature, exhibition material and stationery. Creative director David Revell and senior designer Chris Nicholls worked with Gendall on the project.