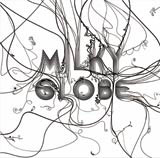 It is commendable that Music Week is continuing to support creativity in the music industry, but it leaves sleeve design with only one outlet for formal creative recognition – the music packaging section of D&AD.

However, there is still huge interest in sleeve design. I saw it first-hand recently when I took part in a debate on the future of record cover design at Manchester’s impressive new Urbis centre. The discussion was hosted by Factory Records founder Tony Wilson, with Ian Anderson of Designers Republic and Ben Drury, best known for his Mo’ Wax sleeves. Drury said: ‘There will always be a place for music graphics, no matter how marginalised the physical product becomes. Bands will always have an image; the challenge will be to find new ways of delivering this image to the punter. Downloading is great for music, but maybe not so great for graphic designers – but I think that reports of the imminent demise of the record sleeve have been slightly premature. That said, I like the idea of music being freed from a preordained image, leaving it open to more personal interpretation.’

None of the panellists predicted the extinction of sleeve design, but all three agreed that opportunities to create compelling designs were limited, and that adventurous designers, who once might have gravitated towards album covers, would be best advised to seek out new areas. This didn’t go down well with the audience of mainly working designers. They were clearly disappointed with the panel’s gloomy forecast. Many expressed support for sleeve design, and most seemed convinced that the demand for, and interest in, good covers was as a strong as ever. This was heartening, and in one crucial aspect also correct: the downloading threat has, paradoxically, led to some independent labels raising their commitment to sleeve design. Their thinking is that, if the packaging is stunning, buyers will be seduced away from the imageless download in favour of a more complete audio- visual package.

And it’s hard to say sleeve design is dead when there is still so much good work around. Take Non-Format, which has a fixation with unusual materials and, wherever possible, subverting the rigid conventions of music industry packaging. Similarly, Michael Place – who operates under the name Build – is also pushing boundaries. Place was a key member of Designers Republic for nine years and you can see that group’s fastidious approach in his current work.The work of Non-Format, Build and others makes anyone interested in design want to see a healthy sleeve-design scene maintained. You only need to consider how impoverished graphic design would be without the heritage of record sleeve art – just think of the contributions made by Reid Miles, Pete Blake, Peter Saville, Mark Farrow and many others.

Over the past four decades, sleeve design has provided an unrivalled pathfinder role for graphic design, not to mention the many hundreds of graphic designers who received their initial inspiration to enter the profession from an early infatuation with record covers. But, in the future, graphic design is going to have to get along with a reduced contribution from sleeve design. It’s a shame really – just how much inspiration can you get from a ring-tone?