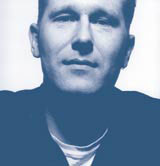 I’m in danger of sounding like someone’s mum here – well, mine anyway. Every time a football match kicks off on the telly, she remarks, ‘Isn’t the grass green’, and then promptly loses interest. So, yes, there were some good moments in Euro 2004, but what I’ll really take away with me is the amazing splash of colour the tournament brought into our homes for a few weeks.

Home-grown architect, TomÃ¡s Tavieira, an uninhibited talent ready to express himself with a full colour palette, conceived the tournament’s wonderful arenas – from the Aveiro stadium, with its multi-coloured seats that make it look as if it’s bulging at the seams even when half empty, to Sporting Lisbon’s magnificent green-and-yellow JosÃ© Avelade stadium, supported by four giant masts evoking the mighty Portuguese sailing ships of the past.

Then there was the rainbow of fans and players, adding their own paint strokes to the already vibrant background: the stylish, if petulant, Azzurri from Italy, all headbands and attitude; the curious green-and-maroon ensemble sported by the host nation, the red-and-white checker-boarded Croatians; and, most conspicuous of all, the dazzling, unapologetic orange of Holland. On the field, meanwhile, we were treated to peach boots, lime-green boots and white boots with pink laces. It was this sometimes unlikely (if occasionally clashing) combination of colours that created such a compelling spectacle, reaffirming how potent colour can be, both in life and design.

Curiously, in the UK at least, we seem to be going through a phase where colour is frowned upon; it’s so terribly gauche. Just look at the ethereal, monochromatic work of Ross Lovegrove (DW 10 June) or the latest iconic hi-tech entertainment products from the iPod to SkyBox. White, of course, implies purity – of form and idea. We wouldn’t want any silly old colours distracting you from these perfect lines now, would we? No, no, we’re so confident in ourselves that we don’t really want to make a song and dance about things. We’re refined – snow cool. White brings a hint of the lab-coat too, as if these perfect objects had been cloned in sterile conditions, immaculate conceptions in a state-of-the-art Swiss clinic.

And to think, just a few years ago, the mood was so different. Apple Computer launched its five ‘flavours’ of see-through iMac, and the world went mad for coloured plastic. James Dyson waded in with his yellow-and-blue Cyclone. Everything from watches to Walkmans to bog-brushes came in a choice of luminous, translucent colours. Gone forever were the days when a trip to Curry’s was as white as an Inuit’s day out.

Design is cyclical, and it’s only a matter of time before colour returns. But maybe this time, it will re-emerge with more rationale behind it. The last blast seemed a tad indiscriminate: designers went colour crazy because, at last, the technology allowed them to. It was like an explosion in a paint factory. But used more thoughtfully, colour can convey significance, symbolism and emotional resonance.

Take the colour blue. It can imply sadness, pornography, coarse language, the sea, the sky, cold, types of music, conservatism, Chelsea FC, the unknown or salt and vinegar flavour crisps. Take this as a starting point and the possibilities for emphasis or subversion through association are considerable. As any branding person worth their salt will tell you, colour can suggest allegiance or mood, intent or tone. You can use it to set yourself apart from your competitors or, as a newcomer, make yourself look like a long-term fixture in a given product category.

And all this without considering the psychological effect colours are said to have. Blue makes you feel clean and calm. In fact, it’s believed that rooms painted pale blue decrease people’s heartbeats. And it’s been proven that weightlifters are more productive in blue gyms. But then you probably wouldn’t want to eat anything blue. Out there in the woods, it can be a warning sign of poison. Remember that next time you happily slurp a Slush Puppy.

White has its merits but, ultimately, it’s a cop-out. After a while it gets tedious (and dirty). It’s not without reason that ‘vanilla’ has come to mean predictable and lacking in adventure. And it’s perhaps no coincidence that the England football team wear white. Maybe day-glo green would have distracted from their lacklustre performance.

I’m not suggesting we all wear pink boot laces, simply that we embrace the possibilities of colour in design. Take a tip from Tavieira, and think in colour.