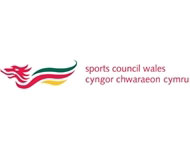 Wales is gearing up to launch a national children’s health initiative run by the Sports Council for Wales, with a brand identity designed by Cardiff consultancy Stills Design.

Stills Design is creating posters, an operational manual and promotional items, such as sports bags, to raise awareness of the campaign.

It is also expecting to create a dedicated website for the scheme, says James Horsham, marketing director at Stills Design. The brand identity has an urban ‘skateboard’ look.

‘The objective is to get a group of people interested and educate them on the benefits of exercise,’ he adds.

The scheme is still going through the approval procedure, but it is hoped that 5 x 60 will be ready for launch by October.

The Sports Council for Wales is the national organisation responsible for developing and promoting sport and recreation in Wales. It is partially funded by the Welsh Assembly Government.

Design in the valleys

We need a debate about ageism in the industry