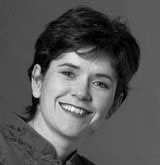 What makes London so wonderful? Why would a successful design consultancy uproot itself from the Hampshire countryside and plunge into the world of traffic jams, Tube trains and endless cappuccino bars?

Perhaps we have the answer. After 16 ‘steady’ years at Aricot Vert, we realised recently that if we were going to ‘go up a gear’ in the next phase of our growth, we needed to re-think some of the ways we do things. So that’s what we did/ from a complete business review came a strategy that aims to deliver our new business objectives over the next five to ten years.

Part of this review was the recognition that one serious block to our success was that we weren’t attracting the very best designers. This included talent from all levels, from graduates to directors – even placement designers. We talked to all our recruitment contacts, and their honest response was, ‘It’s because of your location.’

If we want to become one of the UK’s leading design consultancies, we need to employ the cream of UK design talent. And those people are not flocking to Fleet. In fact, most people have never heard of Fleet. Those that have know it as the McDonald’s bridge that crosses over the M3 after junction 4a. Hardly a reason to be interested, never mind to join us.

Our first step was to pinpoint the top three benefits of a move to London. Number one was the ability to attract the best designers. We would have access to a much bigger pool of talent. Number two was the vast range of visual and mental stimulation on your doorstep. London boasts the best in retail design, the latest concepts, galleries, museums – even the billboard and Tube advertising is more inspirational.

Last but not least, London provides more out-of-hours social opportunities. It’s easy to go to bars, clubs, restaurants and shows – and it’s certainly one of the best places in the world for a spot of retail therapy. It’s also much easier to network with other designers, and get to all manner of professional and business events. In the end, there is a buzz about London that you simply don’t have anywhere else.

We have many clients in London, and spend a lot of time on trains. A two-hour meeting can mean, in reality, six hours out of the office – almost the whole day. If we were based in London, such a meeting could take half the time, and would be much more cost effective. So what are we losing? Most importantly, existing staff: not everyone will want to make the move, even though we want them to. If they don’t, this will be a loss and a cost. We’re looking into whether remote working and flexible hours might remove the barriers and make relocating as attractive as possible.

For some people – including me – it will mean two hours of travel time each day. This will probably be the biggest impact on our lives. But I’ve spoken to colleagues who have done this, and they tell me it gave them more time to think, read and plug in their laptop.

There is also the stress associated with public transport. Cancellations, timetable changes, strikes and, of course, the most serious concern in recent weeks: the terrorist attacks.

When I asked clients how they would feel if we moved to London, everyone was supportive and understood why we need to do it. However, our clients also worry that higher London overheads will inevitably be passed on to them in the form of higher fees.

In fact, this won’t be the case. Although Fleet isn’t right for us, it’s actually a popular location for some companies moving out of London, so rents in Fleet are on a par with certain parts of London. In addition, we currently have more space than we need, so we can use a smaller London space more wisely.

Weighing up both locations, we have decided to move to Waterloo. And we’ve established a series of criteria for making a successful move with minimal risk.

We don’t just want an office. We want to be a destination – a work place that everyone (both clients and staff) will be proud of, and will want to come to. After all, we spend much of our life at work, so it’s worth making that time as much of a pleasure as possible.

• We have already been paying London-level salaries, in readiness for the move

• We may lose some of our existing staff

• Cost of administration in London is generally higher than elsewhere

• Commuting and its associated stresses