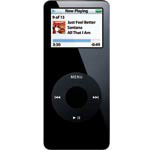 1 Jonathan Ive’s team at Apple Computer have done it again with the new iPod Nano, launched this week in 2Gb and 4Gb models, which retail from £139.

2 London design duo Marc & Anna have designed a poster for Sonic Arts Network to promote Bristol music and sound festival The Connectors, which runs from 12 to 18 September.

3 Holler has designed a 3D game for musician Tom Vek’s website, www.tomvek.tv. The game will also be used to promote Vek’s forthcoming tour and LP We Have Sound.

4 Tom Dixon’s Trafalgar Square bench installation will be unveiled next Monday evening, for the opening of this year’s London Design Festival. Measuring 100m, it is made out of blue rubber bands.

5 10th Planet has art directed the DVD for Ninja Tunes’ hip hop artist Blockhead, to coincide with this week’s release of his album Downtown Science.

6 The cover of Esoterik’s Alcyone EP, designed by Jawa and Midwich7 Oakley is this week opening the first dedicated concession based on the design of its O Store in London’s Covent Garden. Situated inside the Vision Express Store on Oxford Street, it is designed by the Oakley in-house design team. 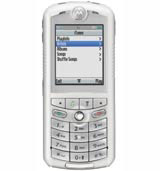 8 Airside has designed the new website for Yakult, www.yakult.co.uk. The London group was commissioned by Wieden & Kennedy.

Rise of the machines

Priestman Goode to put TfL stations back on track