Viv Galinari’s career has taken many turns. The self-taught coder started out in her native Brazil as a business student. After graduating, she moved to Europe where her CV racked up job titles like au pair and newspaper vendor.

A seven-year stint at D&AD’s London office kicked off her creative career in earnest, and she supplemented this with a masters course in innovation. Another degree under her belt, she realised she needed a grounding in coding if she really wanted to innovate, so she moved herself to South East Asia – where she knew rent would be cheaper – to teach herself.

All of this has landed her jobs at Facebook, the BBC and more. But you probably know her best for her work creating augmented reality (AR) social media filters for some of the world’s biggest brands.

“Everything is new in AR”

The scope of social media filters is considerable – Galinari’s work has so far gained more than 400 million impressions across platforms. Brands and retailers use her skills to add an extra, interactive layer to campaigns and communications. Recent work from her includes filters for D&AD and Maybelline New York, as well as a selection of personal projects that are a favourite of the internet’s most popular accounts – like those belonging to models Emily Ratajkowski, Kendall Jenner and Bella Hadid.

Galinari says developing (AR) effects is similar to any other kind of creative project. Work starts with a brief and some brands are more prescriptive than others. “Some clients offer a full detailed brief to work with, while other projects require pitching a brand-new concept idea,” she says.

The main way her work is different to typical creative projects is in the prototyping. “Everything is new in AR,” Galinari says, which means constant evolving of techniques and pushing the boundaries of possibility. “It is only through concept-proofing that we establish what is possible to develop for the experience and the ways to work around it, so as to mitigate surprises during development.” 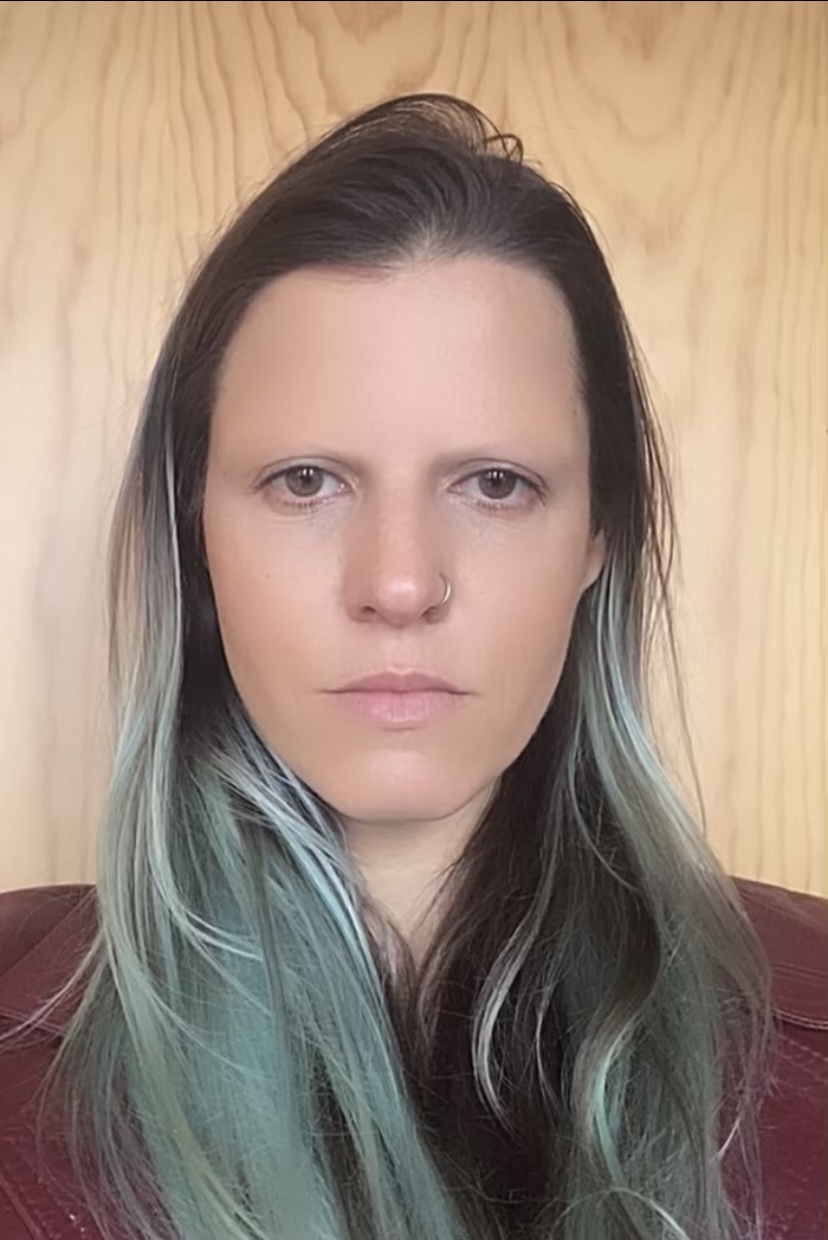 “I have hundreds of unfinished projects on my computer”

Galinari’s marriage of design and tech is something she calls creative coding. While the two pathways are often positioned against each other, she explains the presence of one allows for expression in the other. With a background in design and advertising (“not your traditional computer science degree”) she says she approaches the technical side of her job in a different way to colleagues.

“When I begin a project, as an ‘ideas first’ person I tend to think creatively, instead of starting with the technical process,” she says. “I tend to focus on the idea, instead of being held up by ‘how to implement this’.”

Like any designer, Galinari says a lot of her work comes from “experimentation and curiosity”. “I keep my mind open to all influences around me, and will always try to turn something interesting into an effect,” she says. “Of course, not all of it is successful – I have hundreds of unfinished projects on my computer.”

In fact, Galinari says it’s these unfinished projects which showcase how tech and design can work so well together. “For me, experimentation and open mindedness is the way to marry technology and creativity; if an idea doesn’t work now, it is not to say that it will not work at some point in the future when I revisit it again with fresh eyes and a different perspective,” she says.

“Designers with 2D and 3D skills have such an advantage”

The fact that AR is so new right now makes it a good career space to aim for, Galinari says. Additionally, with consumers continuously rejecting more traditional forms of advertising and brand communications, AR filters are in demand. But she adds: “You need to get in there now.”

Being self-taught has its benefits and its drawbacks of course, Galinari says. On the one hand, it means planning your own syllabus dedicated specifically to the work you’re interested in. On the other, it requires discipline and focus (something that Design Week covered earlier this year). There are a host of good places to learn from, Galinari says.

“The learning curve is incredibly small and Facebook’s Spark AR site has such a rich documentation,” she says. “I only spent a week learning from it until I was able to start making my own creations, with no coding needed, and designers with 2D and 3D skills have such an advantage.”

“Continuous learning and improving is my life-long pursuit”

As for finding opportunities, she says she relies on AR/3D platforms like Poplar Studio – a platform she labels as “influential pillar” for her freelance career. “My first commercial projects came from there and I was fortunate to be chosen to develop their projects and had the opportunity to work with big brands in creative projects.”

Finally, she says prospective AR designers need to “show up” for themselves. “Once you decide to go on that path, you need to show up every day to learn and craft your practice until this habit becomes second nature, and for me this works perfectly as continuous learning and improving is my life-long pursuit.”