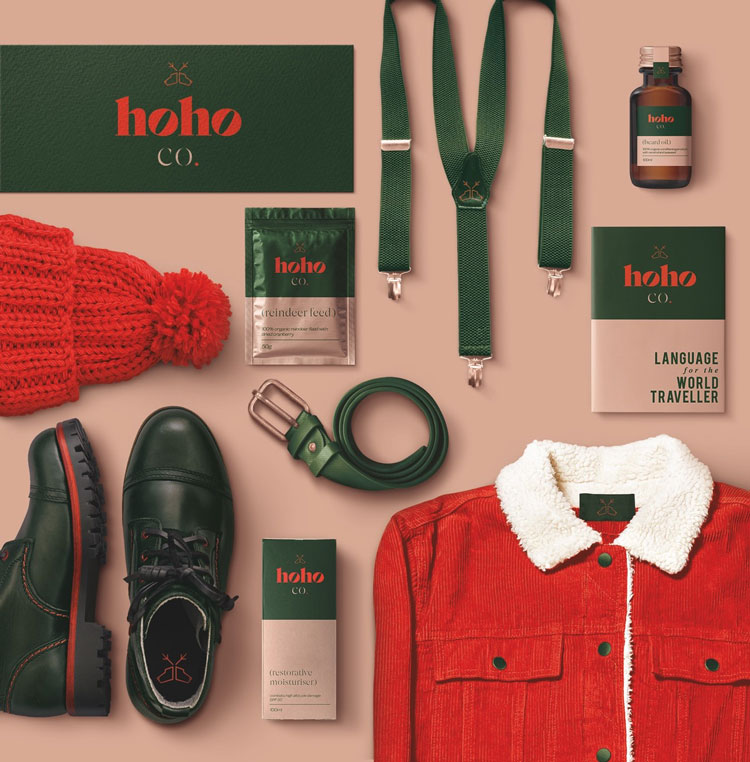 According to BrandOpus and HoHo Co., Santa is a man with style. Challenging themselves with bringing Santa’s “distinctive” look into the 21st century, strategy and design consultancy BrandOpus led a branding project for new lifestyle company HoHo Co. With a deep green colour palette with hints of red and pink applied throughout, products in the range include braces and a belt, a bright red bourg-style jacket, moisturiser for those cold December nights and, most importantly, reindeer feed. 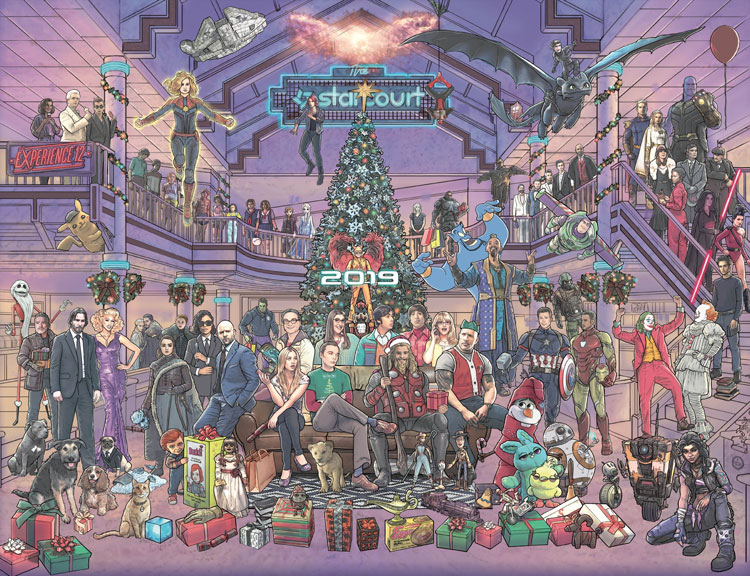 Like every year, 2019 has given us pop culture icons aplenty. Aiming to compile these faces in as festive a way possible, marketing agency Experience12 has created its annual Christmas Party Advent Calendar. It’s the third edition of the calendar, and this year’s offering was designed by US-based artist Jeff Carlisle. Among the crowd of this year’s party scene are characters from Netflix’s Stranger Things, Pennywise the clown and the cast of the Big Bang Theory, with “Fat Thor” sitting centre stage.

A Studio of Our Own’s Festive Period campaign

After raising £17,000 during their festive campaign in 2018, this year Bloody Good Period enlisted the help of creative consultancy A Studio of Our Own. The team has created a series of gift parcels, labelled either light, medium or heavy depending on donation, which contain period supplies. These will be delivered by the organisation’s volunteers to asylum seeker drop-in centres and food banks throughout the UK.

Prolific anonymous British graffiti artist Banksy has unveiled a new mural featuring reindeer to highlight homelessness during the festive period. It was released on the artist’s official Instagram in a short film captioned God bless Birmingham, which features a homeless man named Ryan laying down for the night on a public bench. The description goes on to say: “In the 20 minutes we filmed Ryan on this bench passers-by gave him a hot drink, two chocolate bars and a lighter – without him ever asking for anything.”

Part of Pentgram’s Do the Green Thing campaign, Ungifted Secret Santa is an initiative designed to alleviate the millions of panic-bought, unwanted presents given away each Christmas. Partner Naresh Ramchandani led the digital design of the interactive website, which is styled as a traditional e-commerce platform. Users input their team members’ names to generate their Secret Santa target and instead of products, it offers a selection of thoughtful actions you can perform for a colleague. 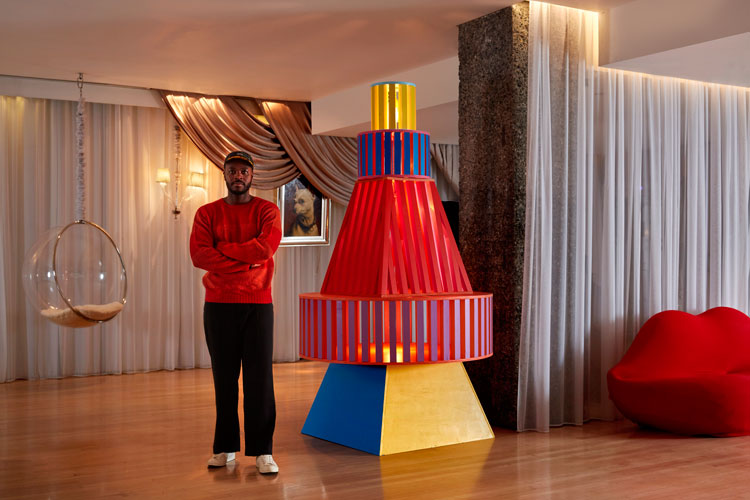 Known for his bold use of shape and colour, Yinka Ilori’s Christmas tree design for the Sanderson Hotel in London isn’t the most traditional looking decoration. That said, it’s eye-catching, playful and undeniably festive. Designed to look like a stack of wrapped presents at first glance, the 2.5-metre-high design has been created from industrial materials, with an internal light source, which gives the tree a glowing effect. 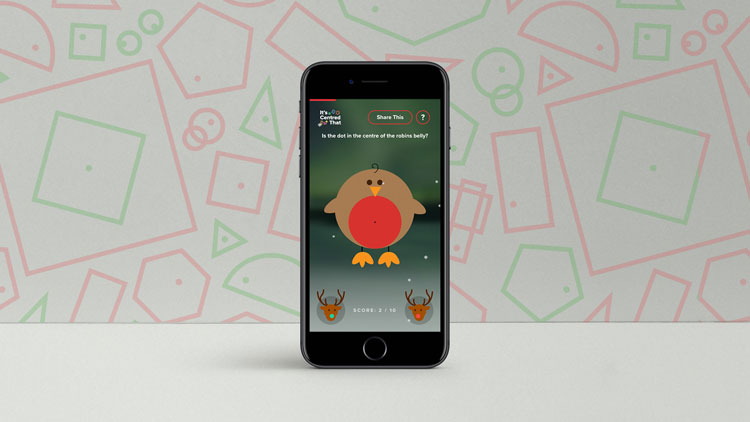 First launched last year to test the wits and patience of designers everywhere, It’s Centred That is back with an appropriately Christmassy twist. Players of the game will this time have to contend with the likes of Rudolph, Frosty the Snowman and Santa himself. Is the dot in the centre of the robin’s breast? Manchester-based design studio Supremo says it’s harder than it looks.