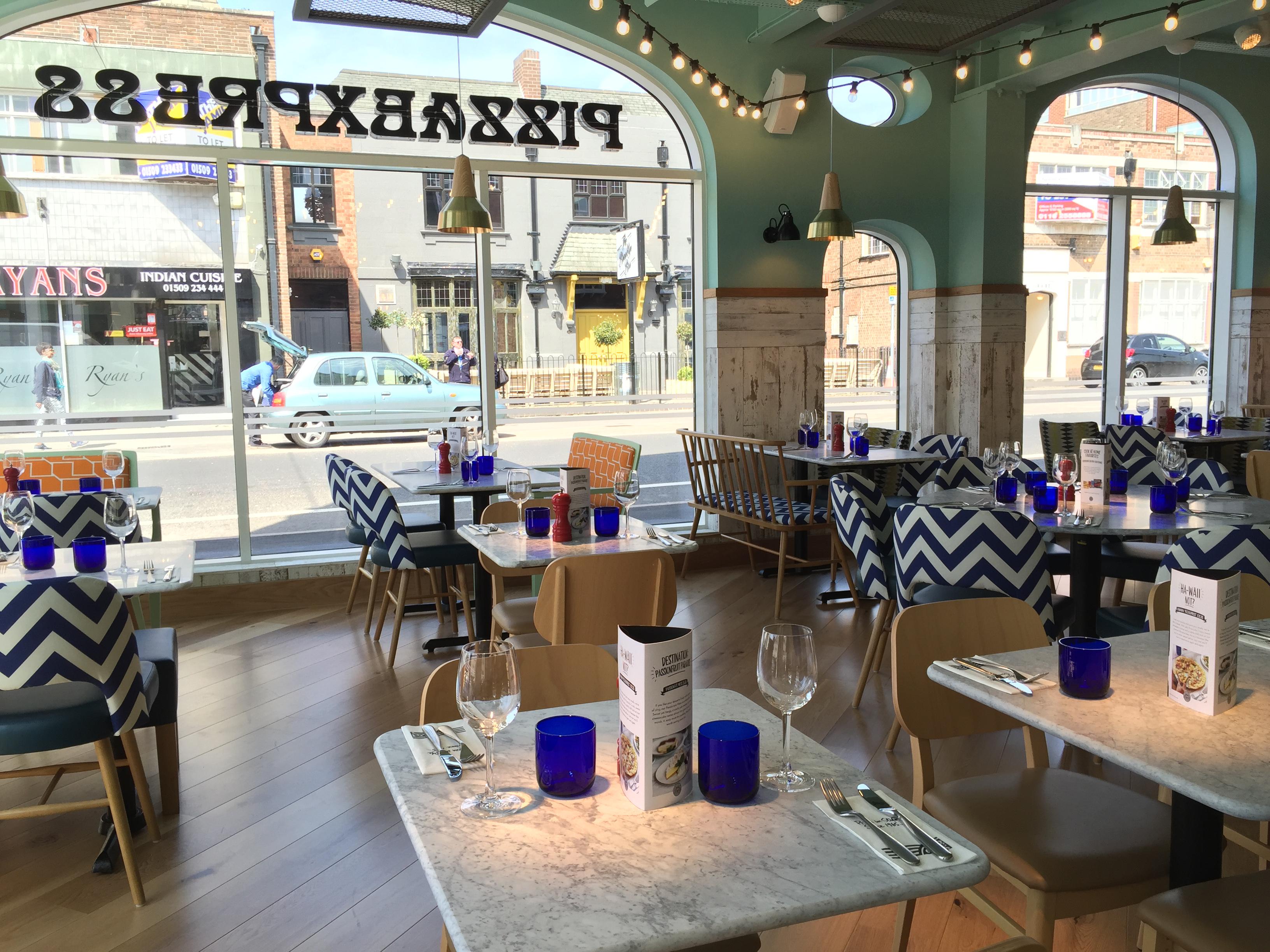 PizzaExpress is overhauling the interior design of its restaurants to bring the pizza chain’s “worn out” look “back to life” and put it “back in the running” with its younger competitors.

Interiors had been “out of touch”

The reason for the overhaul is to liven up PizzaExpress’ interiors, which Weller says have been “out of touch” previously, and he believes the new design will allow the chain to stand up against its younger competitors.

“We’re aware of what’s going on around us, especially in urban, trendy areas such as in London,” he says. “We’re putting features in to reflect this, and we’re saying we can stand shoulder-to-shoulder with brands like Franco Manca – and that our pizzas are better.”

“We’re back in the running again”

“Some of the restaurants’ interior environments looked old and worn out because they hadn’t been invested in,” he adds. “They had gone 10 years without a lick of paint. This was about bringing the brand back to life, and putting it back on the high street so customers can see we’re in the running again.”

PizzaExpress was founded in 1965, and currently has over 400 restaurants in the UK, and 40 more overseas in Europe, Hong Kong, India and the Middle East. The redesign follows the company’s acquisition in 2014 by Chinese firm Hony Capital for £900 million.

The four new styles – highstreet, heritage, urban and retail – have been designed to suit restaurants in different types of area with different demographics.

Highstreet is the most generalist style, intended as an “all-rounder” restaurant with a “modern feel”, says Weller, aimed at everyone from families and couples to young professionals. Design features include brick and timber finishes and patterned tiling.

Heritage restaurants are based in less busy areas within listed or classic sites, and retain natural elements and architectural features of the building. Natural materials such as oak floors, timber wall finishes and leather furniture are used, alongside “classic” chairs, a tan, red and dark green colour scheme and black and white kitchen tiles to evoke a “Victorian feel”.

The urban restaurants are aimed at young people and aim to be a “cooler” alternative, situated in areas with independent competitors, where “chains don’t work”, says Weller. The design includes colourful graphics, LED lighting and “edgy” light fittings, chalkboards, and a “vibrant” colour palette.

The retail style is used for restaurants based within shopping centres and retail parks, intended mostly for families. The design is “colourful” to attract people of all ages but also “practical”, says Weller, with use of natural materials.

Some elements of the original restaurant design have been retained in the overhaul, such as PizzaExpress’ signature blue neon sign on the exterior, the open-plan kitchen with a pizza oven – which Weller says the adoption of which sparked a trend in pizza restaurants taking on this feature – marble-top tables and the use of table spotlighting to give a “moody, warm” feel.

PizzaExpress’ in-house design team has worked with the three design consultancies to develop a set of guidelines, which can be applied to the different restaurants. Weller adds that this will be updated every five years to keep the restaurant environment fresh.

“The idea is that we don’t get back into a rut again,” he says. “We don’t want whoever takes on the business in the future to be left with an estate that is elderly and out-of-touch with the customer. We’re looking at a five-year turnaround.”

The new interiors will also be accompanied by the expansion of the brand’s jazz club “live concept”, which currently exists in the chain’s London Dean Street branch, with the aim of appealing to more adults and professionals.

While there is currently no need for a rebrand, says Weller, customers can expect to see redesigned in-restaurant graphics in the near future too. 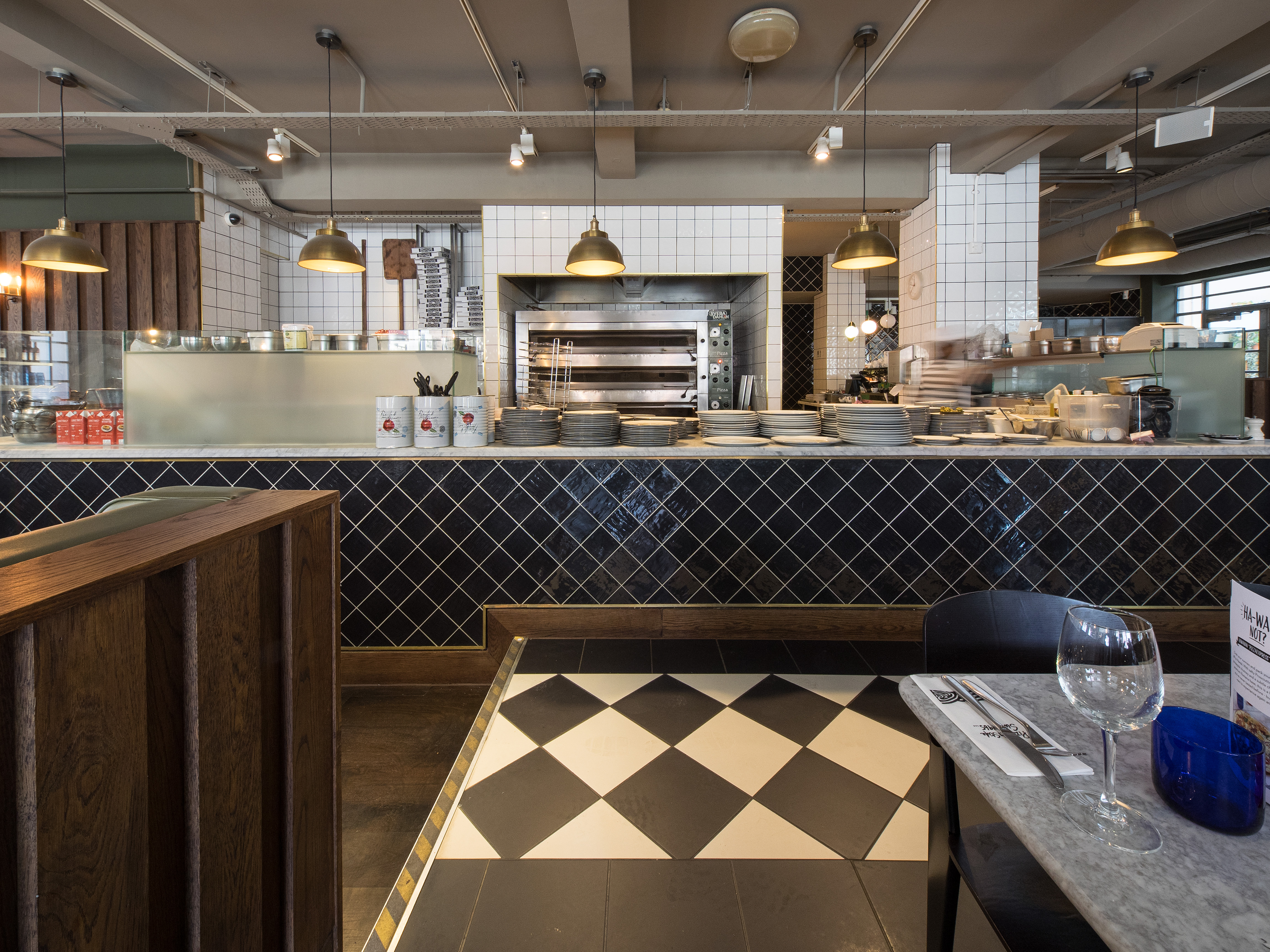 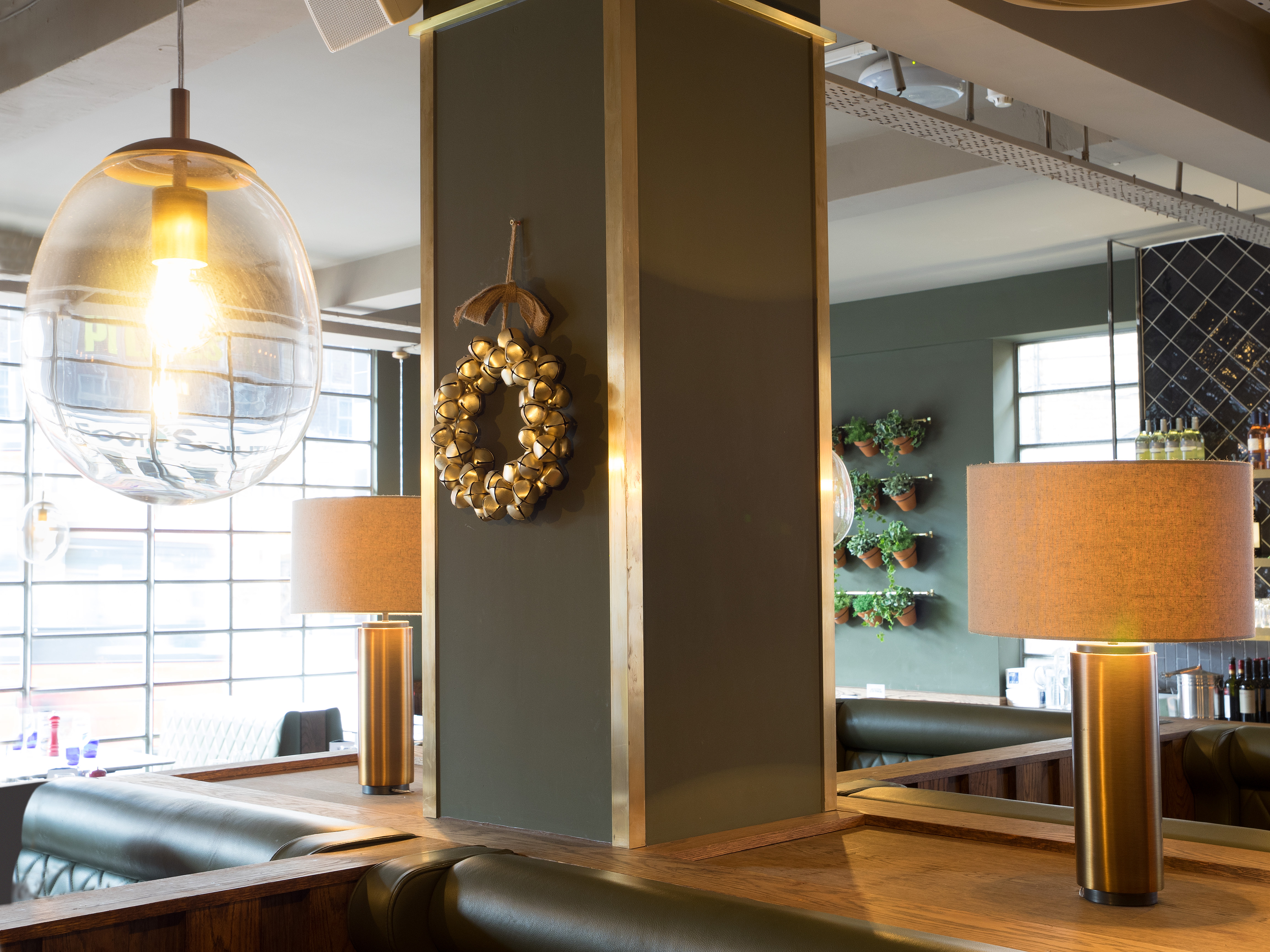 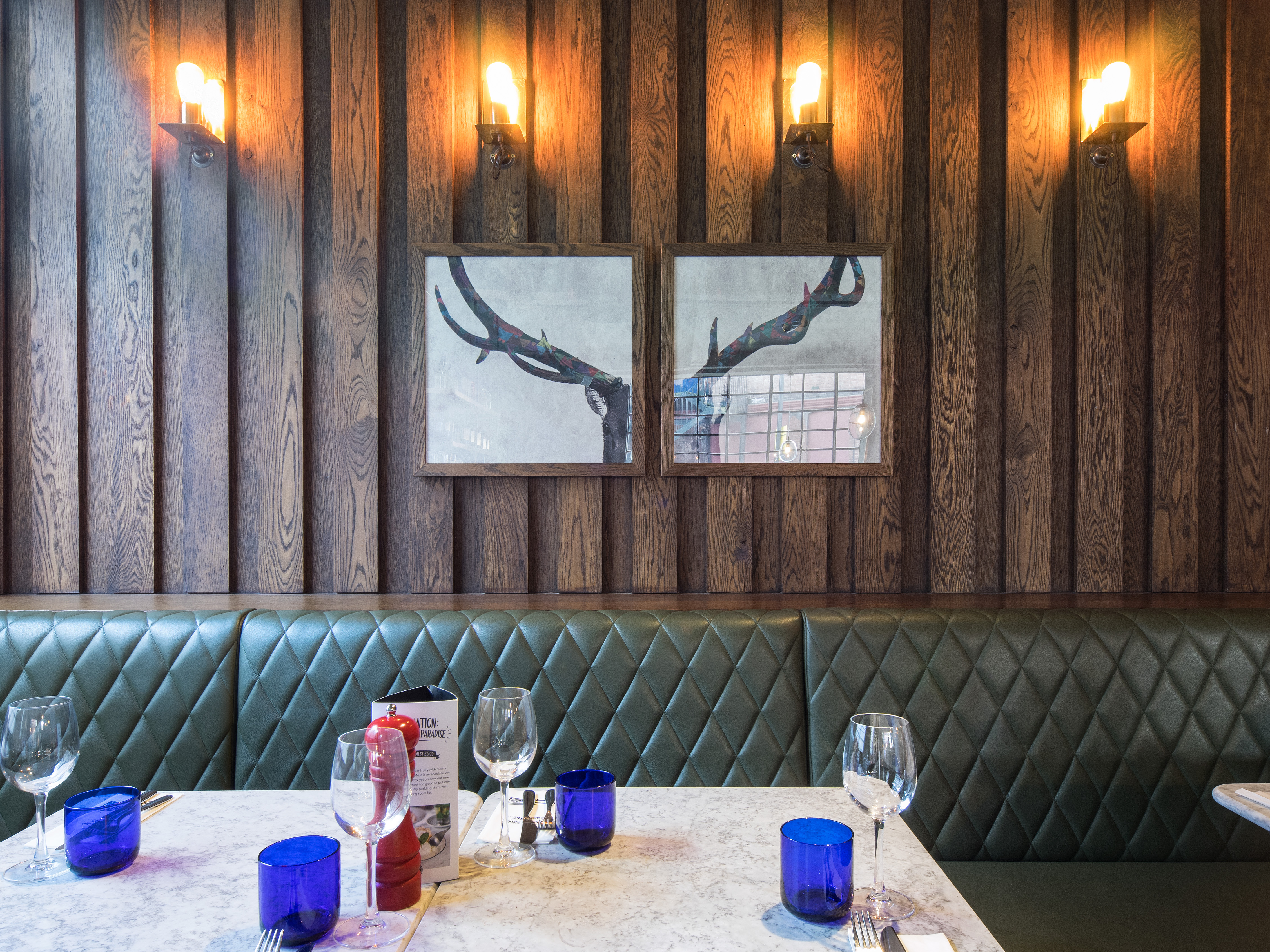 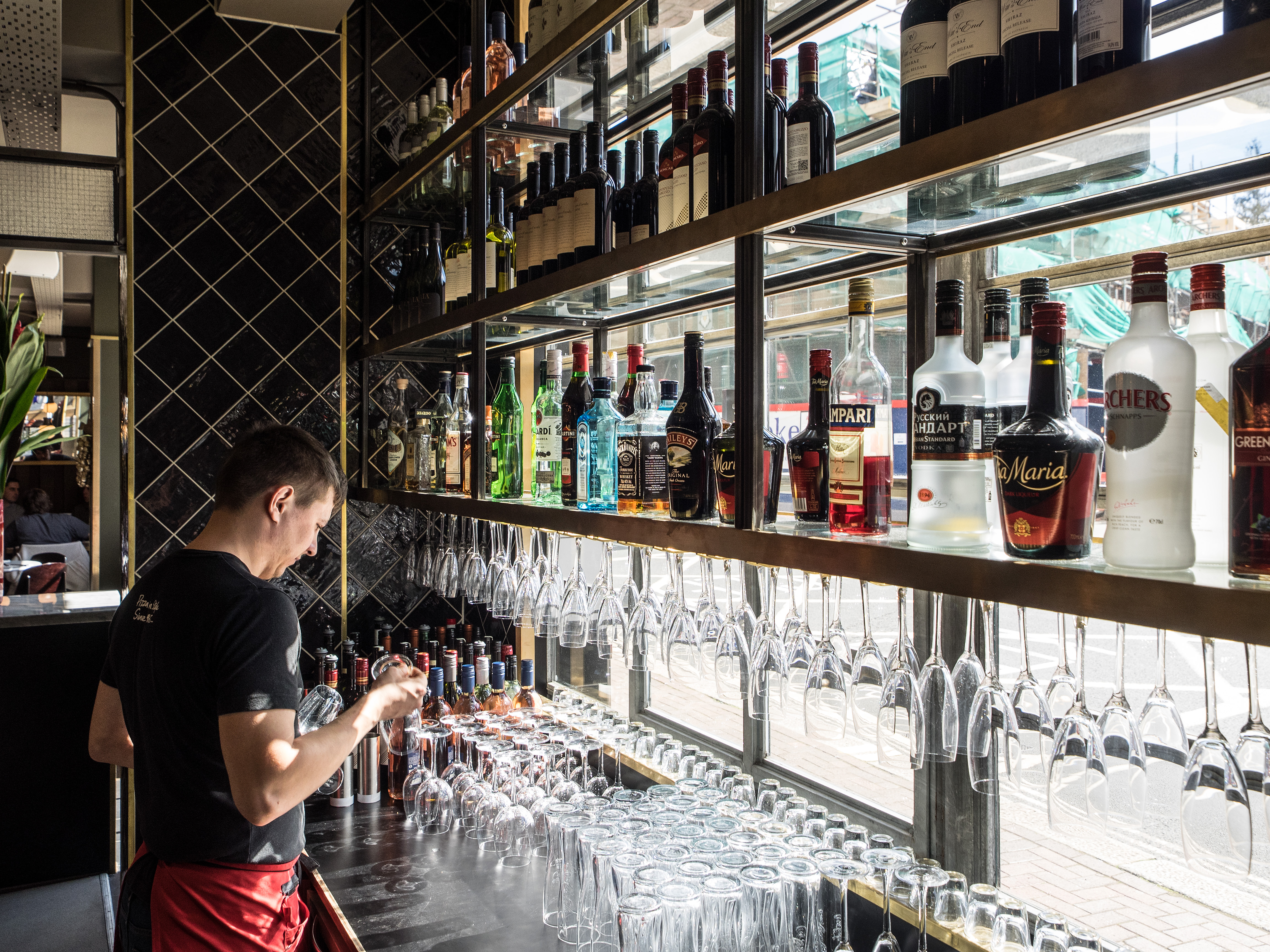 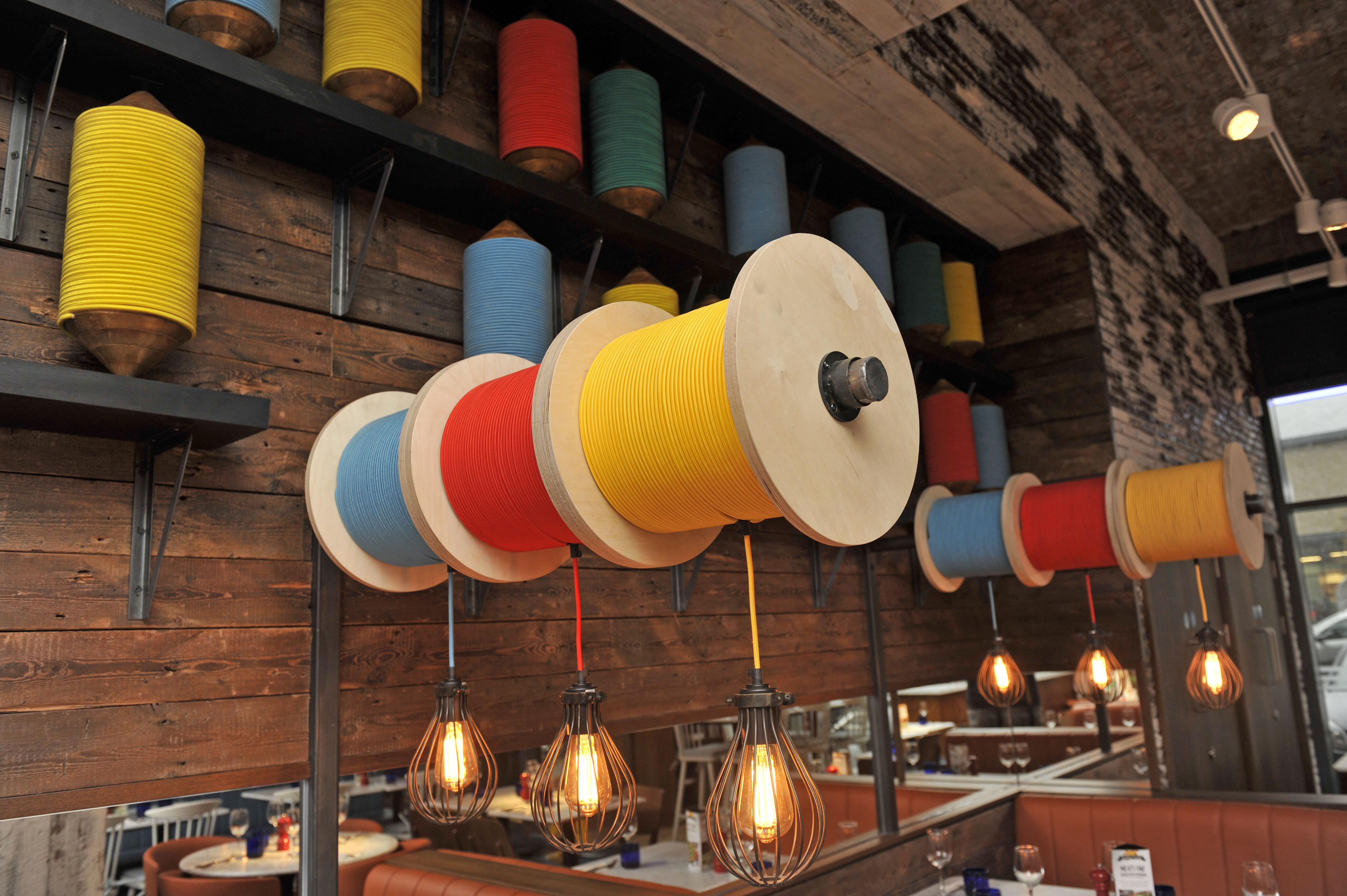