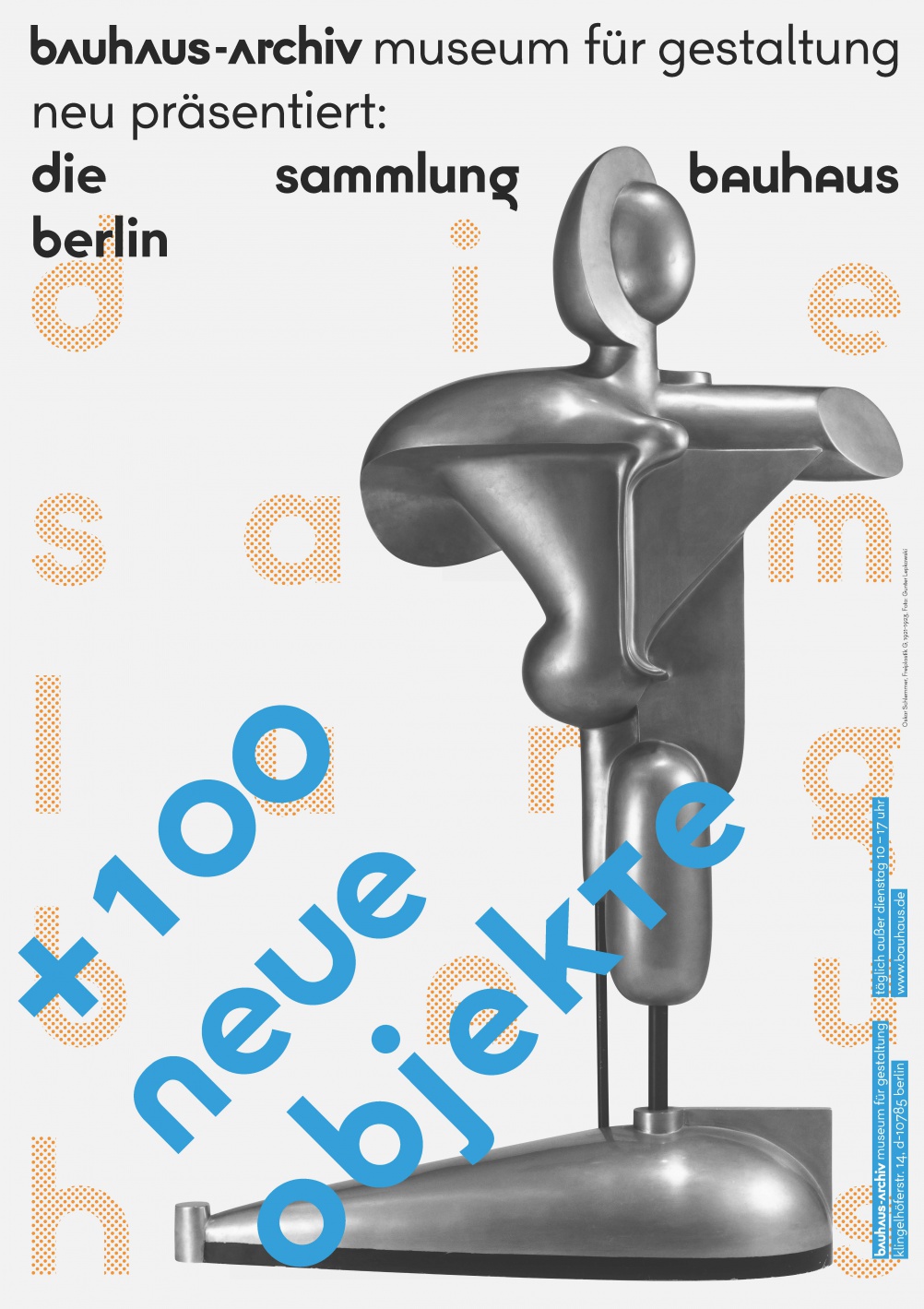 The Bauhaus-Archiv/Museum für Gestaltung in Berlin is showing highlights from its collection and rare exhibits in its final exhibition before it closes for refurbishment.

The museum holds the world’s most extensive collection relating to the Bauhaus, including works by Walter Gropius, Lázló Moholy-Nagy and Marcel Breuer.

It is set to close shortly for refurbishment and construction of a new building, which will open in 2019 to mark the 100th anniversary of the founding of the Bauhaus.

The existing building was designed by Bauhaus founder Gropius (with some adaptations) and opened in 1979. This building will be renovated and a new museum building will be added on the site in a 56.3 million euro (£40.7 million) project.

Following the refurbishment, the existing building will house the Bauhaus archive and the new building – the Museum für Gestaltung – will “provide the first comprehensive presentation of the world’s largest collection related to the Bauhaus”, according to the museum. It will have around 2,300m2 of exhibition space.

In advance of the refurbishment, the Bauhaus is presenting works from its permanent collection, which will later go on display in the new museum.

In a parallel exhibition, the museum is also showcasing 100 rare objects that have been added to its archives over the past ten years. This includes architectural sketches by Ludwig Mies van der Rohe, sculptural works by Josef Hartwig and the only preserved example of Alma Buscher’s large ship-building set.

Ahead of its refurbishment, the Bauhaus-Archiv last year unveiled a new visual identity, designed by Stuttgart consultancy L2M3.

This uses a newly designed bespoke typeface and can be seen on marketing material for the new exhibition.

The permanent collection and special exhibition will run until 25 May at the Bauhaus-Archiv/Museum für Gestaltung in Berlin.