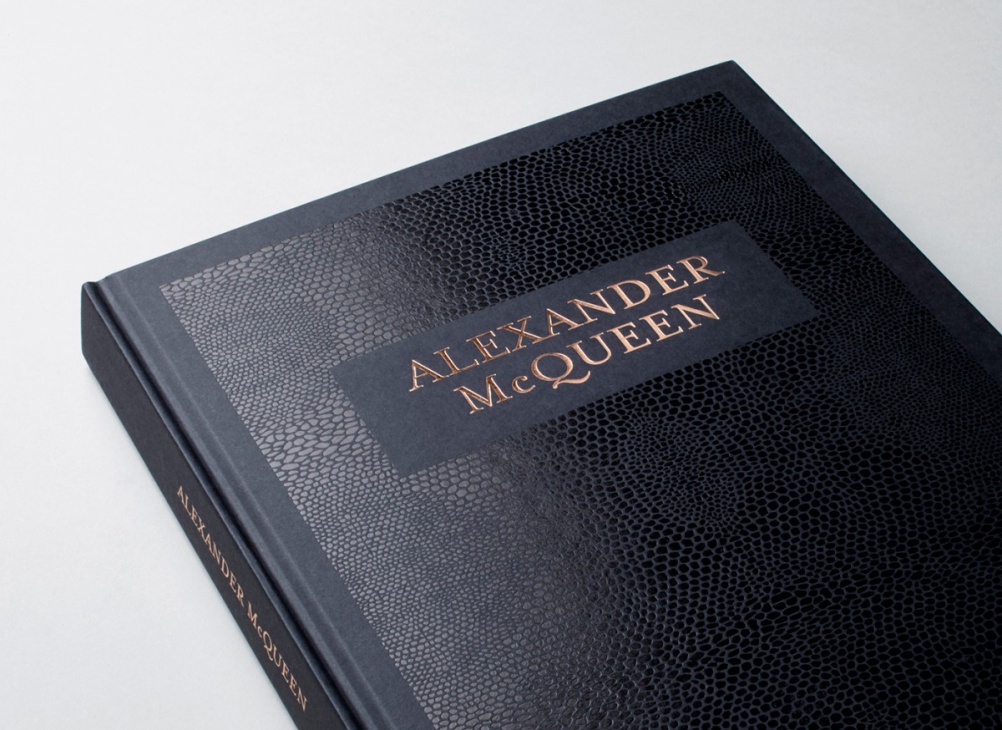 The book, published by the V&A features 28 essays by fashion experts, 440 images and a gatefold section with commissioned photography of key exhibits found within the main Cabinet of Curiosities section of the exhibition. The chapter openers also use details of these objects.

On the cover “a black foiled repeat snakeskin pattern” sits off of dark grey paper and pays homage to the reptile skin used in McQueen’s Plato’s Atlantis collection. The same technique has been used to foil block the title “Alexander McQueen” in Bronze.

Charlie Smith says she was appointed on the strength of other books she had designed for the V&A’s publishing department including the accompanying book to The Glamour of Italian Fashion 1945-2014.

As the Alexander McQueen Savage Beauty show was based on one of the same name at MET in New York – which also had an accompanying book – Smith says she was asked to take a different route “but be sympathetic to Alexander McQueen’s style and that of the V&A.”

“I was also asked to present the essays in two different ways, with one style for longer essays and the other for shorter ones,” she adds.

At the back of the book there is a section featuring “every invite of every show Alexander McQueen ever did next to a catwalk image of that show,” says Smith.

The numbers used throughout the book have been inspired by “cataloguing and biology textbook numbering,” she adds. 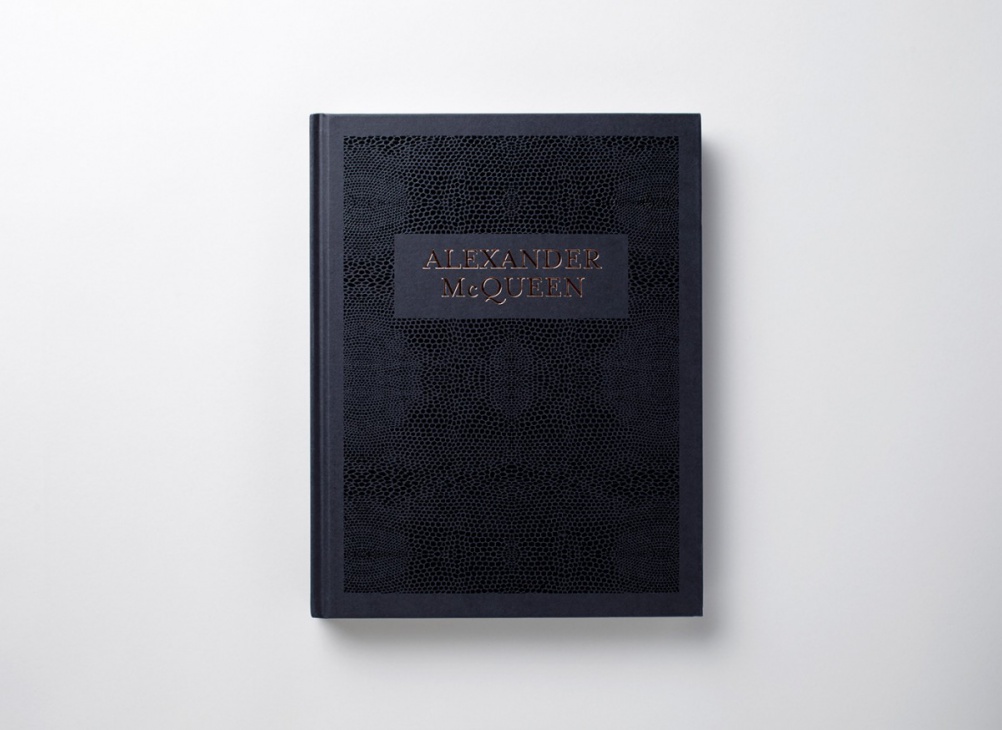 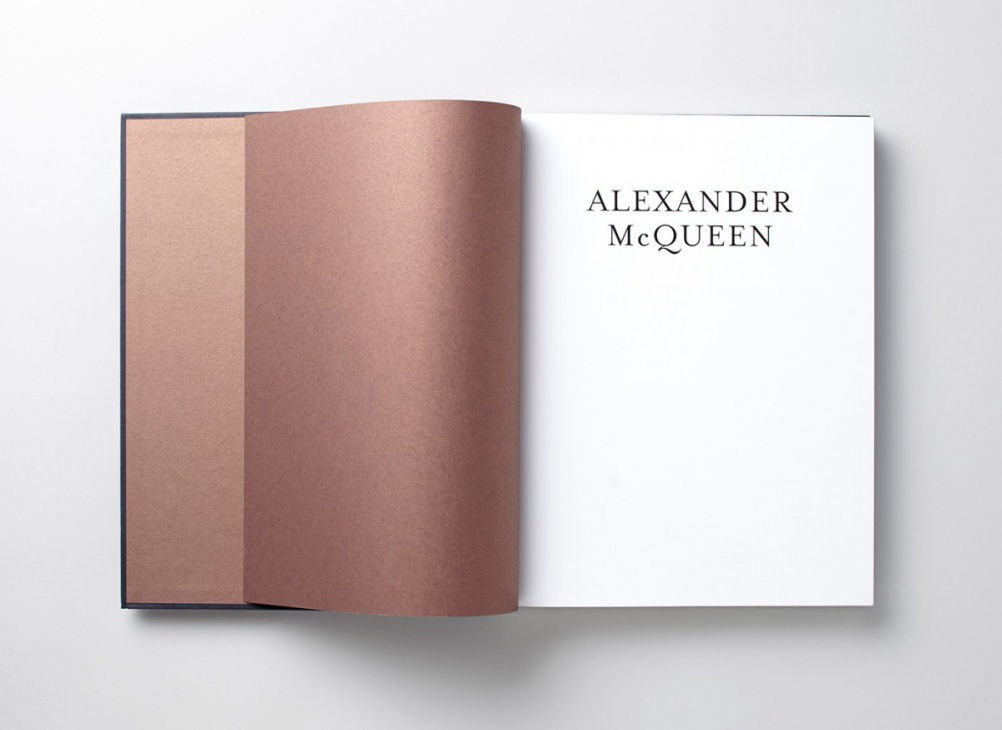 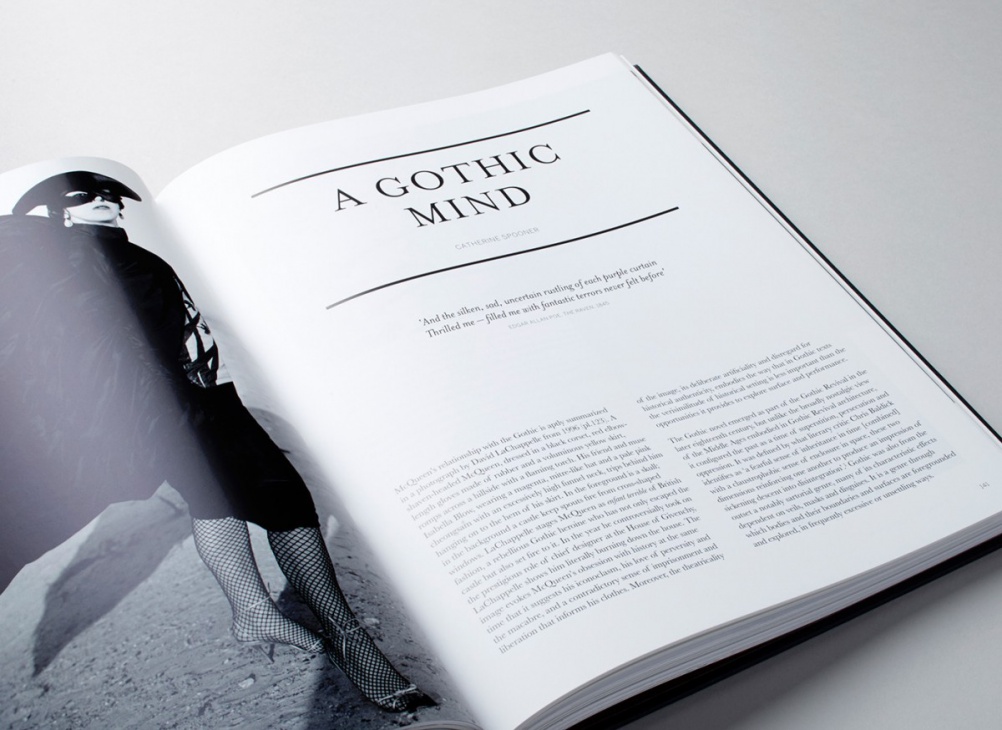 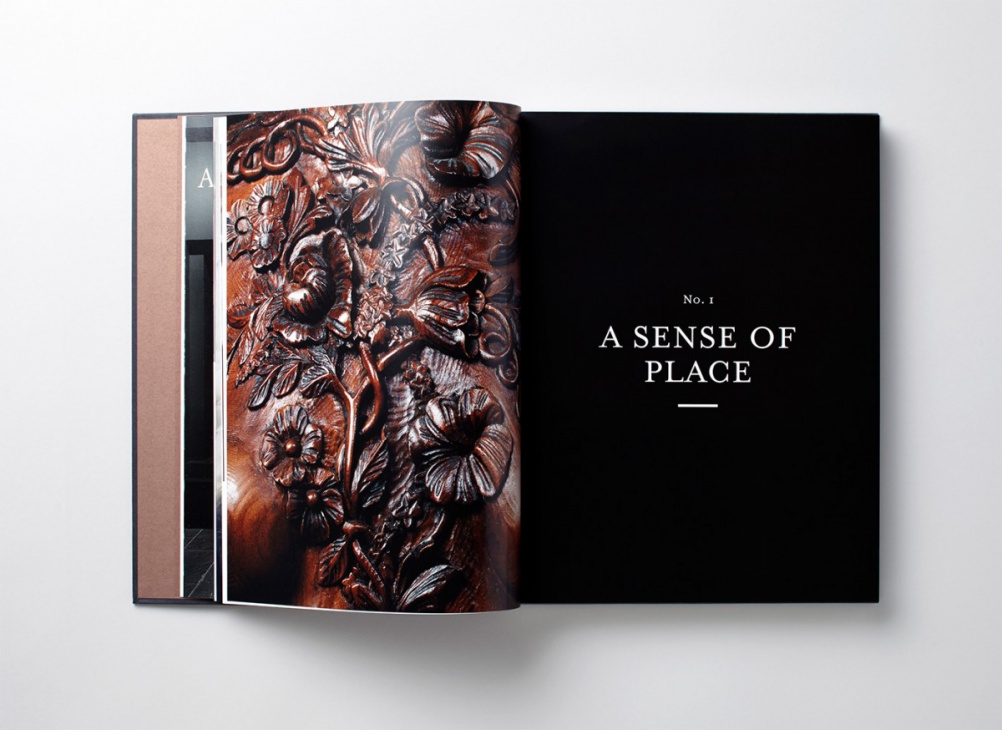 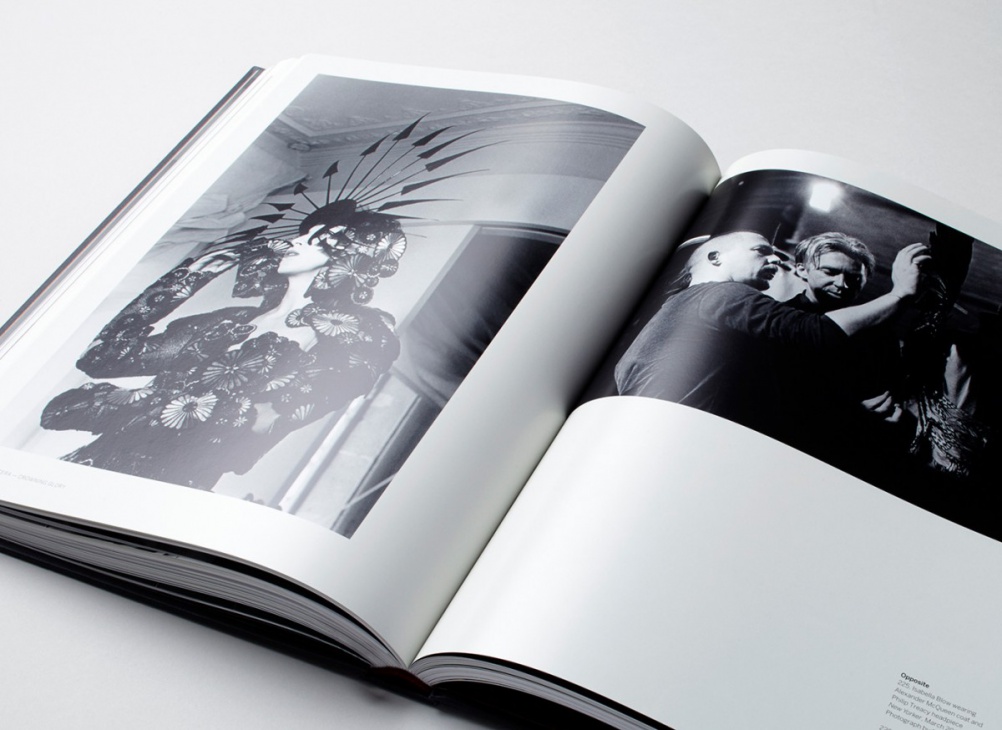 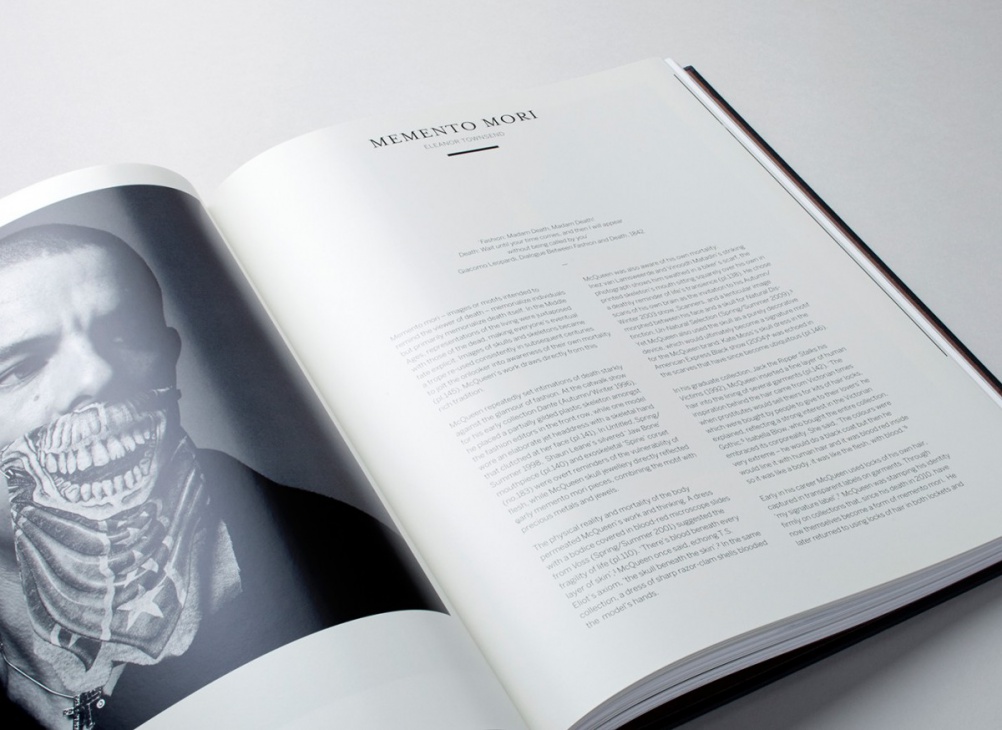 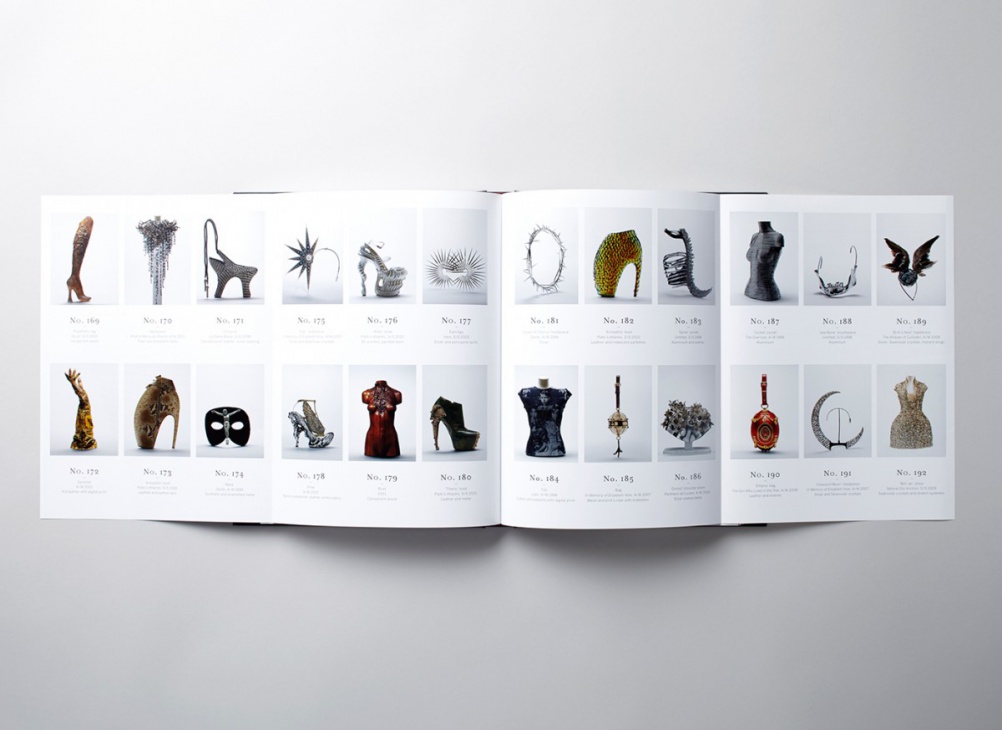 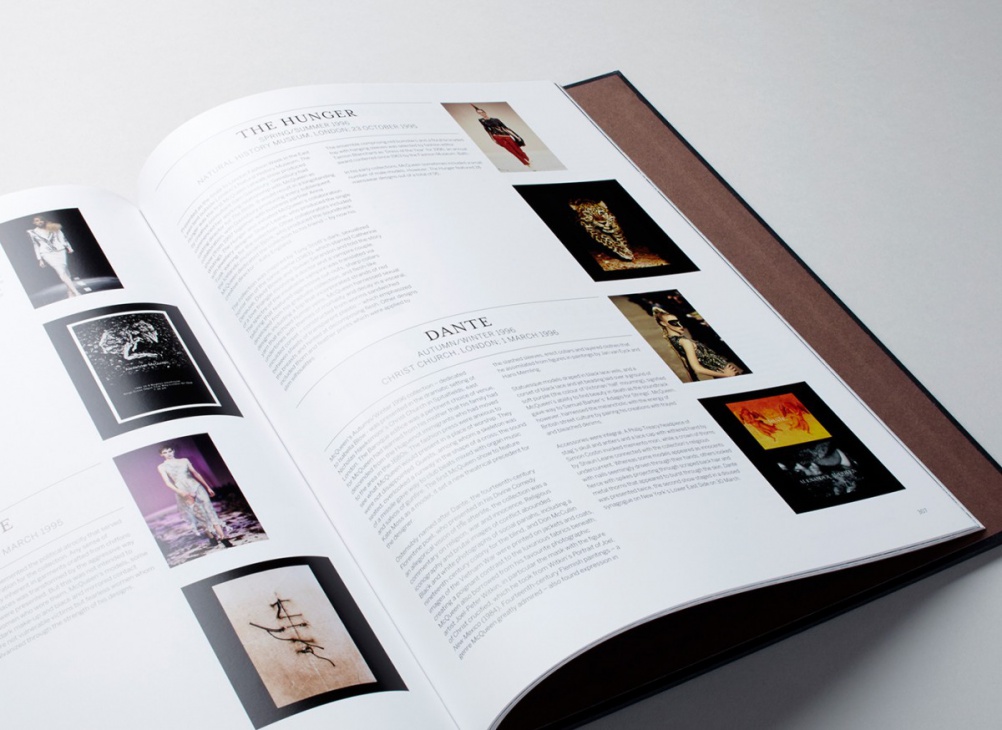