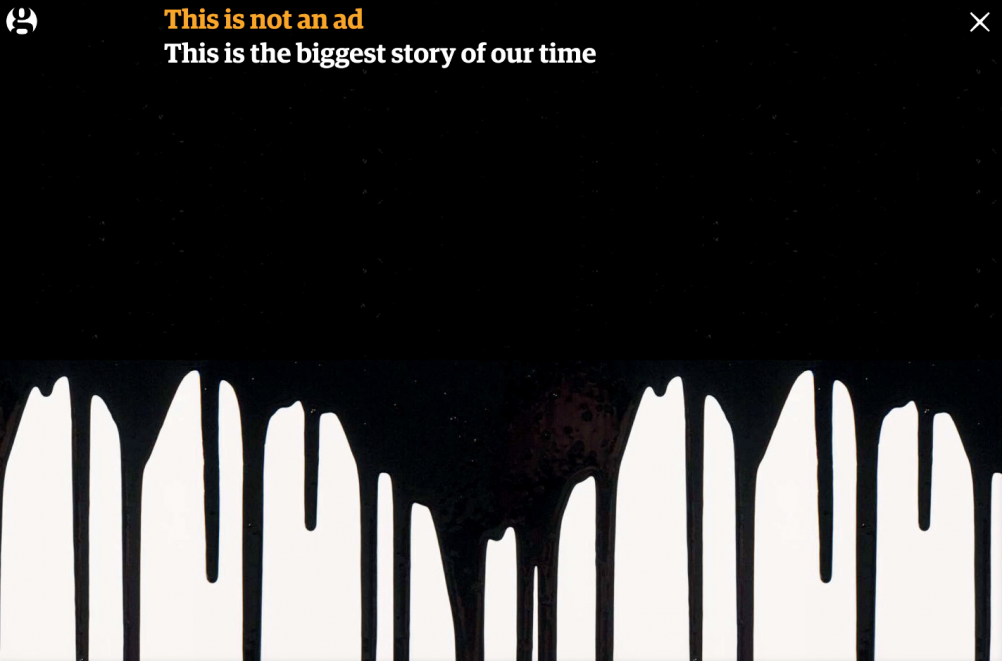 The Guardian has designed a graphic taking over its global homepage for 24 hours, aimed at drawing attention to the newspaper’s new climate campaign.

Keep it in the Ground is a campaign set up by the newspaper’s editor-in-chief Alan Rusbridger, urging people to sign a petition encouraging organisations to remove their money, or “divest”, from the top 200 fossil fuel companies.

The message is directed at the Bill and Melinda Gates Foundation and the Wellcome Trust, two medical research and global health charitable organisations, which Rusbridger says are investing heavily in fossil fuels.

The graphic, designed by the Guardian’s in-house design team headed by creative director Alex Breuer, pops up when users visit the homepage, transforming the website oil-black. It reads: “This is not an ad/This is the biggest story of our time”.

“We thought we should make sure everybody who comes to the site stops in their tracks,” Breuer says. “On a busy news website that’s very dynamic and changes a lot, the only way to stop people doing what they normally do is to take everything away.”

“We also had to negotiate the intrusion of advertisers with commercial messaging through the text on the page,” he adds.

The graphic then falls away to reveal a triangular shape composed of fossil fuel company logos. “We started with a beautiful array of the companies’ logos, all in full colour, arranged in a hexagon shape to represent the logo,” Breuer says. “I sat down with Alan [Rusbridger], and we thought, ‘This is not right – this is about dirtying the air and the environment.’ I started to deconstruct that shape we’d created, and do something starker with the background graphics.”

In the print campaign, the black ink background adds “interactive design” to the paper publication, he says, as the ink comes off on your fingers, feeling “dark and dirty”.

Alongside the main graphic, the team has designed “carbon tickers”, which use digital graphics to depict facts and figures on carbon consumption based on page load times, which aim to interact with visitors.

“When we have the tools available to us for digital presentation and live data, it’s really important to move beyond the transposition of text and use these mediums to bring stories to life,” Breuer says. “The numbers flicking on and off, while not intrusive, go that little bit further at being visually disruptive enough to keep the point hitting home.”

Sculptor Sir Antony Gormley designed the logo for the campaign in collaboration with Breuer – a black hexagon on an orange “mottled, oil-based background”, symbolising both the carbon chemistry behind the story and a lump of coal itself, Breuer says.

“Our first marks for the campaign were very beautiful but they felt corporate and over-designed,” Breuer says. “We wanted to distance our identity from the world we were shining a light on.”

Breuer invited Gormley, who, alongside sculpting, has written for the Guardian previously on climate change, to work on the project. “For me, his work emotionally provokes,” Breuer says. “There’s a sense of vulnerability and fear, and context – it’s something he’s very passionate about, and is a complex issue which presents as a challenge for the individual.” 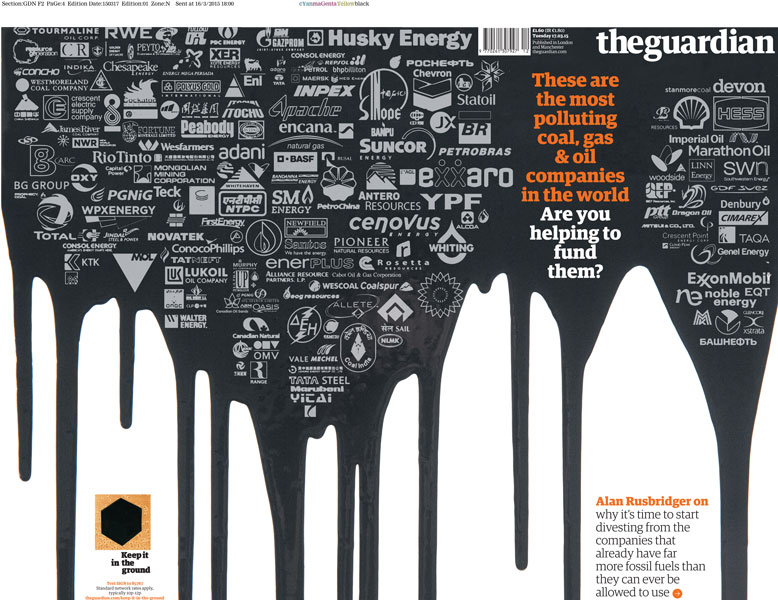 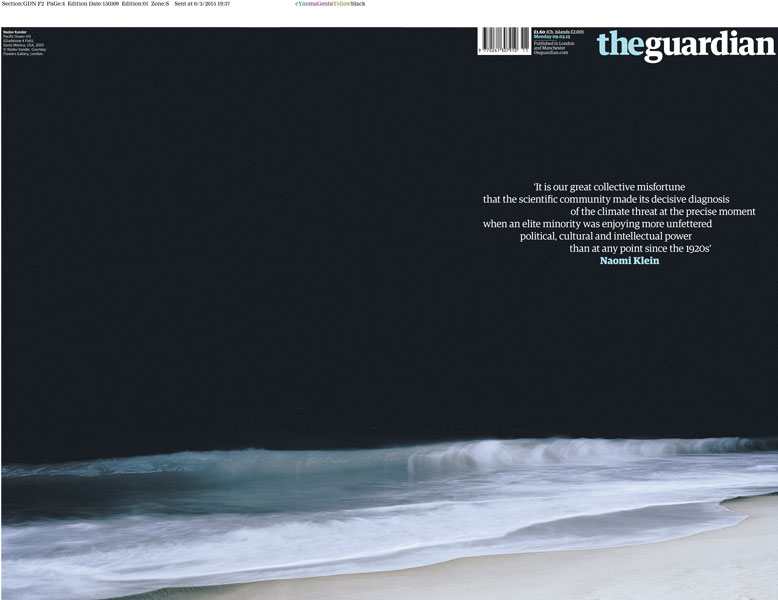 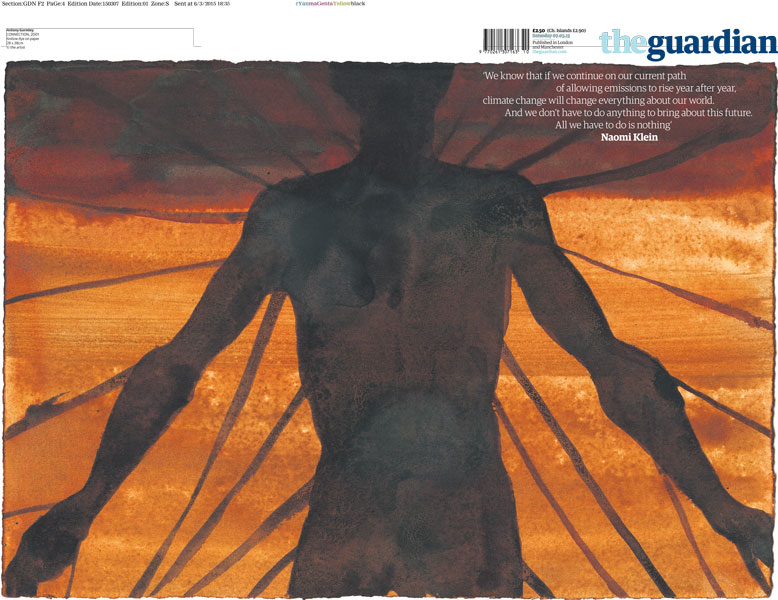 “We wanted to move beyond just talking intellectually about the issue, and have a moment of action,” he says. “The graphic online is the first punch point.”

The graphic was originally intended to be in place for 24 hours globally, starting in the UK, then moving on to Australia and America, but Breuer hopes it will be implemented again in the future. “We can gauge how effective it is, then do it again or adapt it,” he says. “I’d like it to appear again at some stage.” 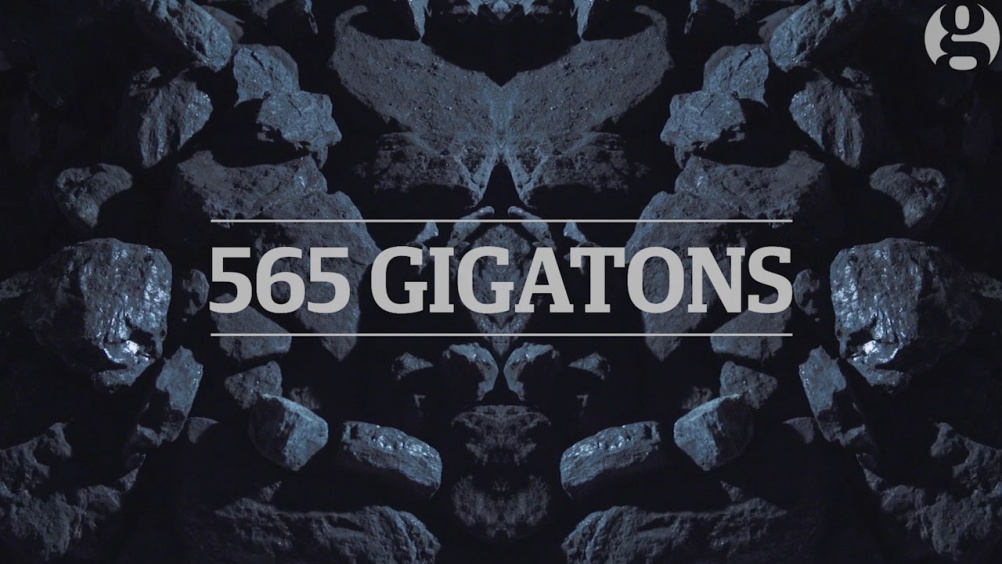 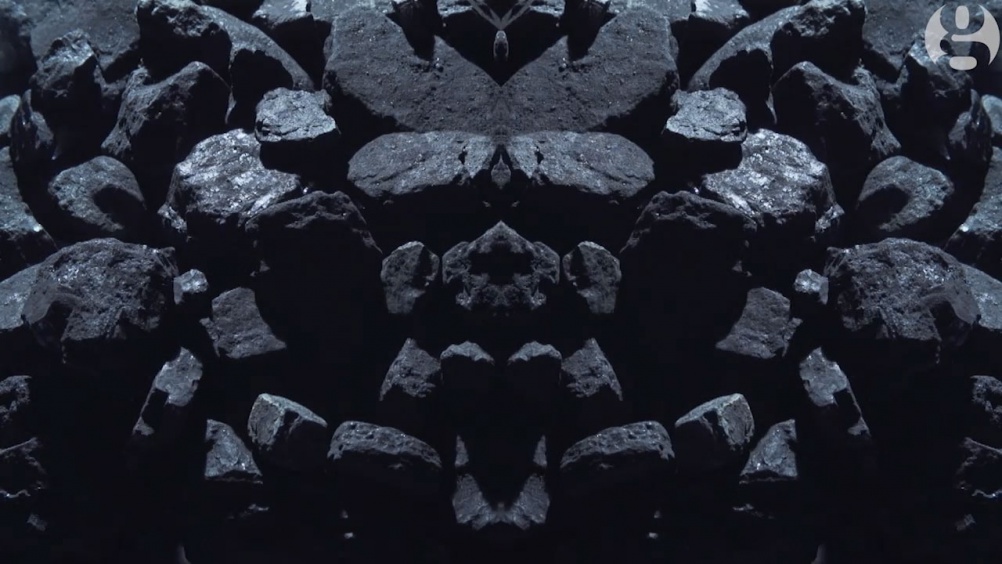 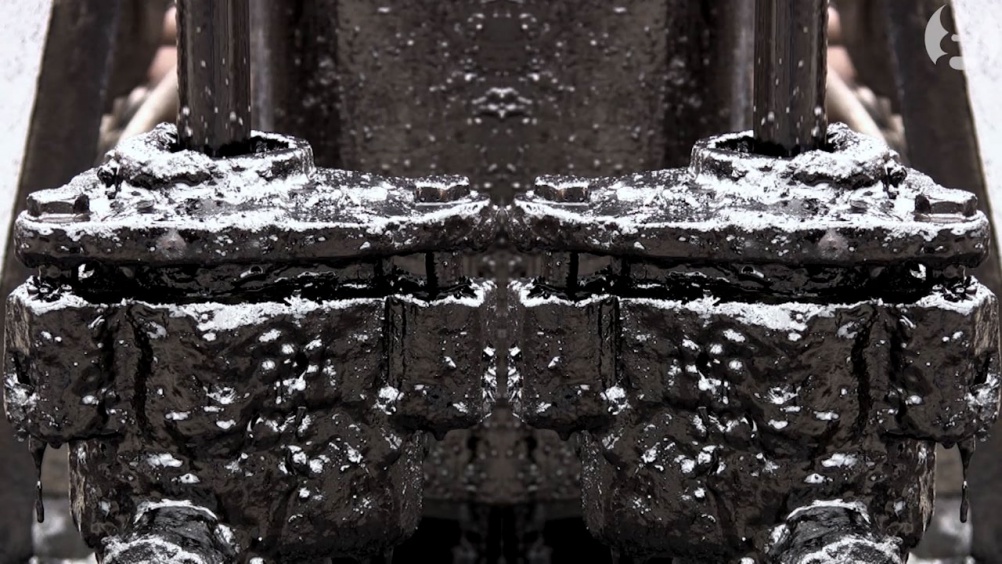 Plain cigarette packaging to be introduced in UK next year