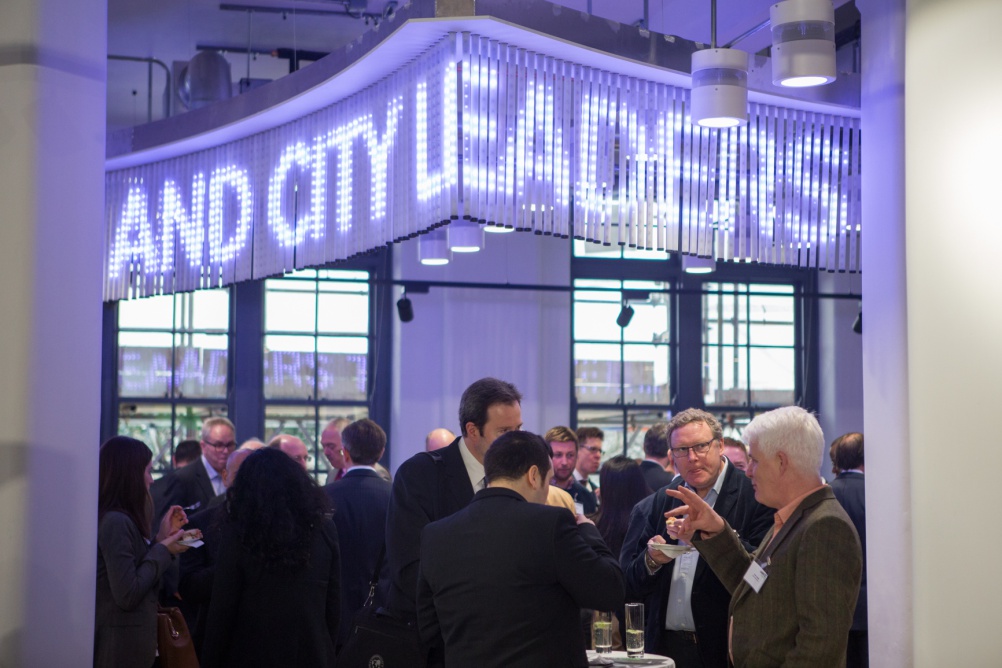 The Government-backed Future Cities Catapult has moved to a new home, where design has been used extensively to showcase the work of the organisation, which is looking to bring together businesses, academics and city leaders to develop “cities of the future”.

Eight Inc, which was behind the concept for the first Apple store, has been brought in to overhaul the interiors of the Urban Innovation Centre, a 120-year-old Clerkenwell Building, while consultancy Kin has designed a series of interactive spaces to directly engage visitors with the work of Future Cities and an in-house team led by chief design officer Dan Hill has overseen the project and created 2D graphics solutions and wayfinding. 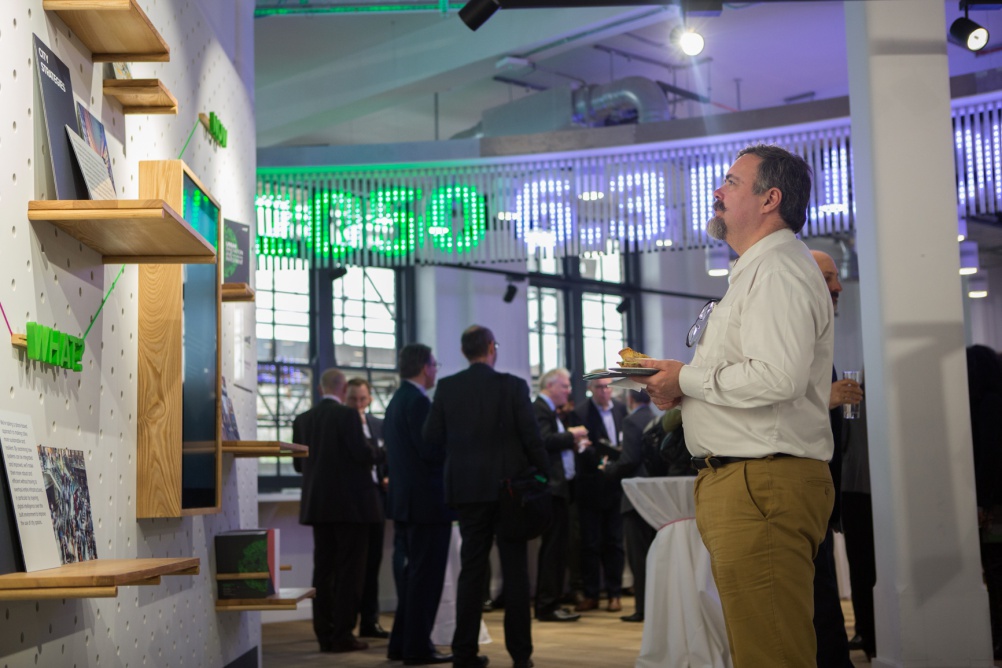 On entering the space visitors will be greeted by a 30m interactive light sculpture – designed by Kin – that also acts as a way-finding device, leading people further into the building.

Much of the work carried out by the Future Cities Catapult is concerned with gathering data on cities, as a starting point for a variety of other projects.

Kin director Kevin Palmer says: “They use data to gain insights into things like transport, pollution and health and make improved smarter cities from that. 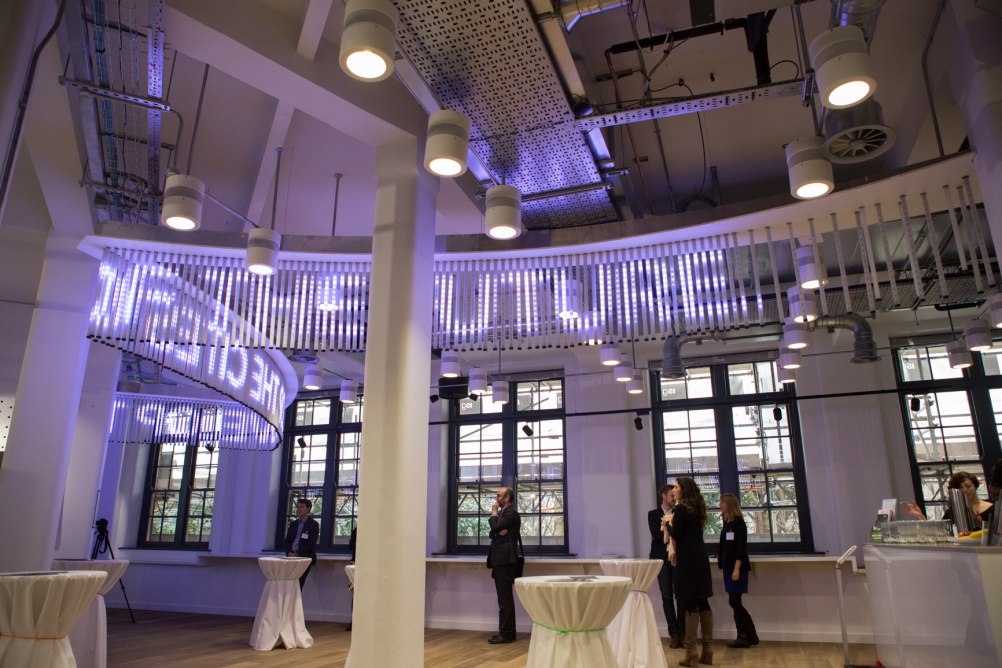 Palmer says that Kin has tried to communicate these projects, particularly with the light sculpture, which is a programmable installation composed of 383 low-resolution rods, each of which is made up of 18 LEDs.

They can feature images or display type controlled by a bespoke content management system allowing the installation to “display tweets, facts and statistics, abstract imagery, or respond to live data,” according to Palmer.

As visitors move further into the space they will find a Welcome Wall, designed by Kin, which is comprised of screens and 3D graphics, all pinned off of a peg-board in the form of the organisation’s corporate identity. It is made up of modular panels allowing Future Cities to convey different messages. 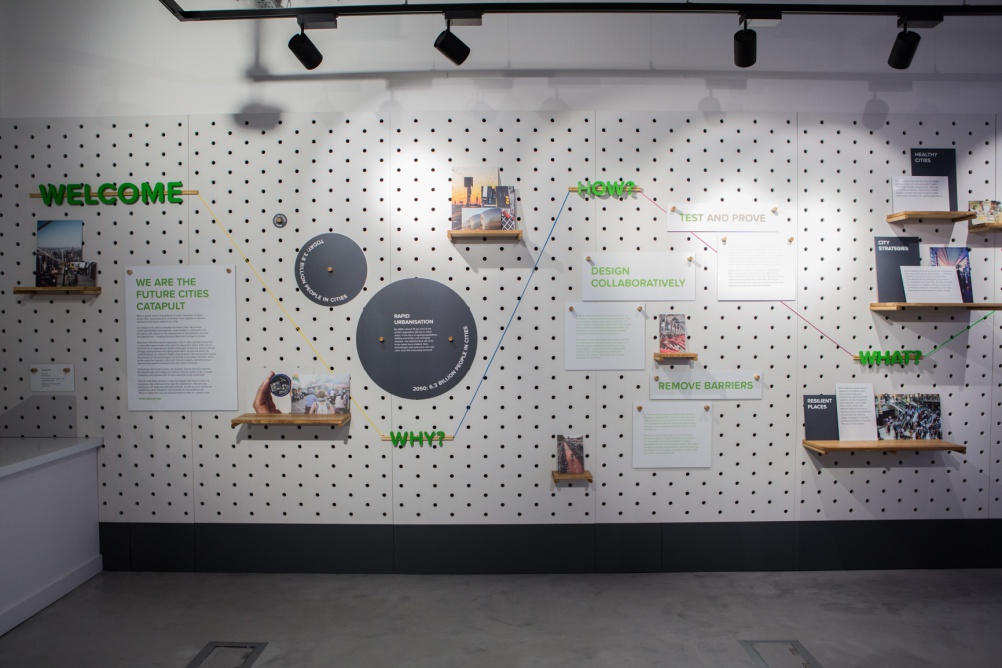 Hill says that Sergio Cameira from Future Cities’ in-house team has devised a flexible typographic system that is used throughout the building. On the pegboard the typography, is made up of configurable pieces. 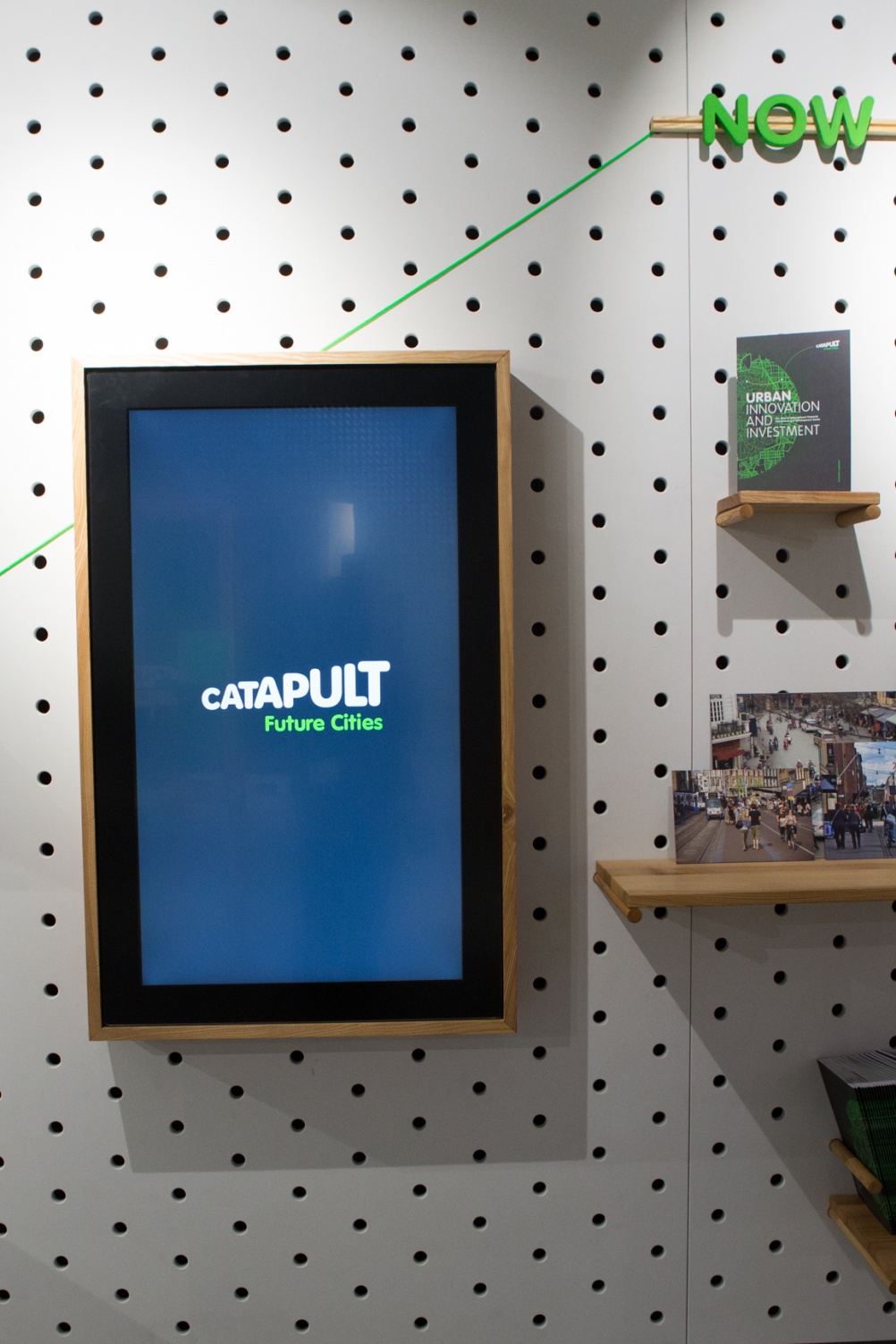 Kin has also devised a multiaction interactive table, which is controlled by moving 3D-printed hexagonal objects across its surface to “unpack photography, text and video, which can be pinched, zoomed and played,” says Palmer. 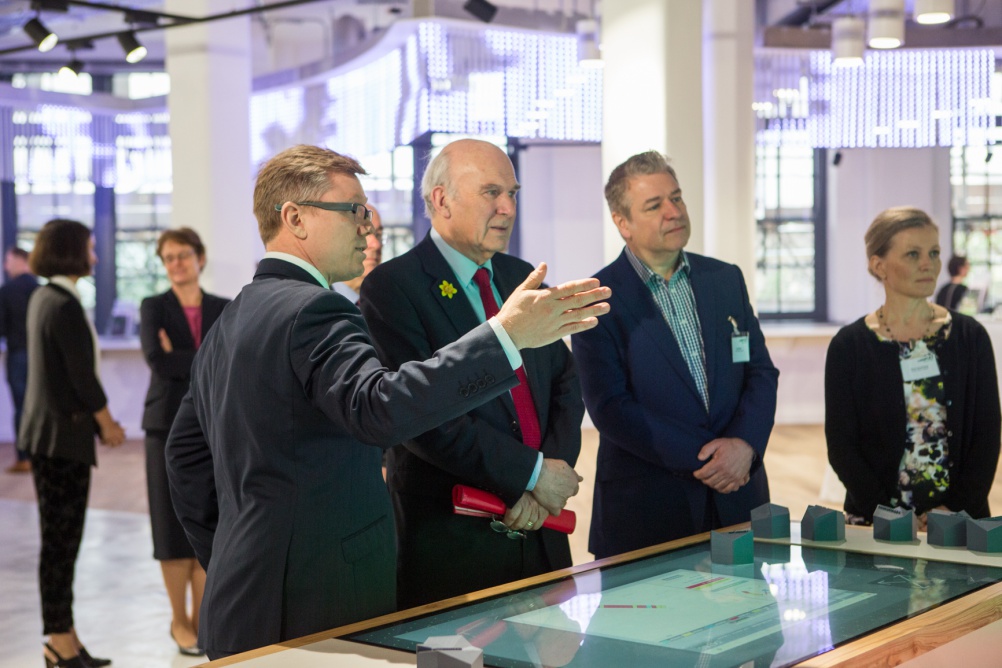 The content helps explain projects that Future Cities is working on. Similarly there are some exhibition cabinets, again designed by Kin, with physical models inside showing Future Cities work. 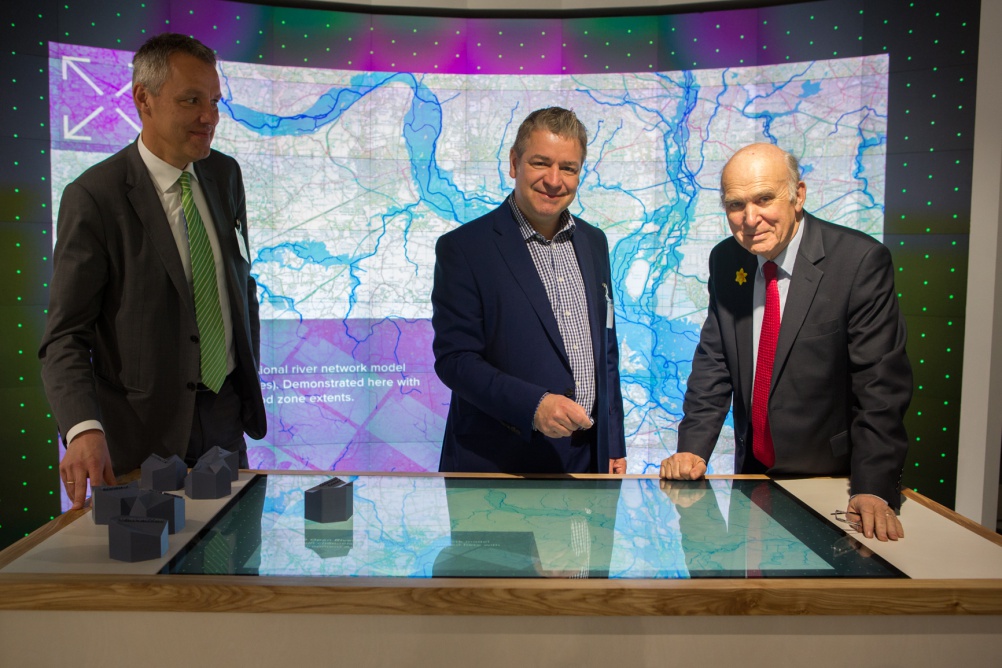 Eight Inc has designed the rest of the space, which includes the second and third floors where work is still continuing. Here there will be steel and glass “collaborative pods” which can be easily reconfigured, says Hill. 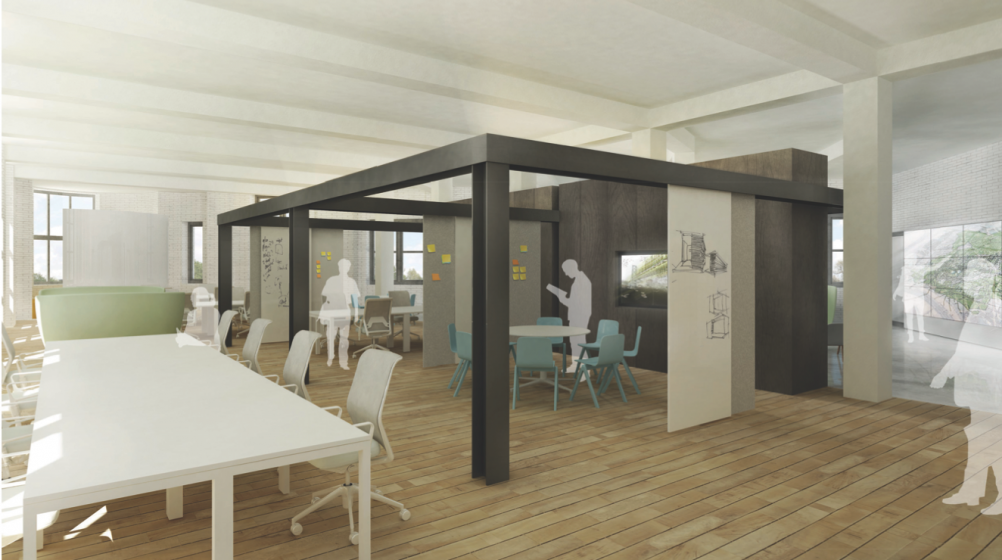 “Eight Inc has managed to let the building speak for itself. There’s been a lot of stripping back and exposing iron and brick,” Hill says. 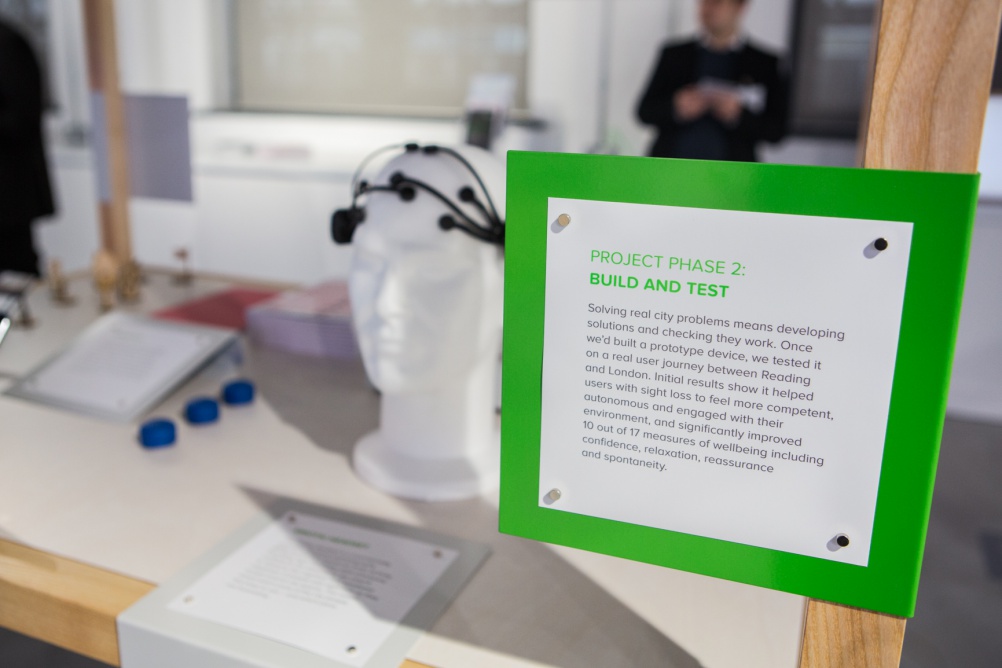 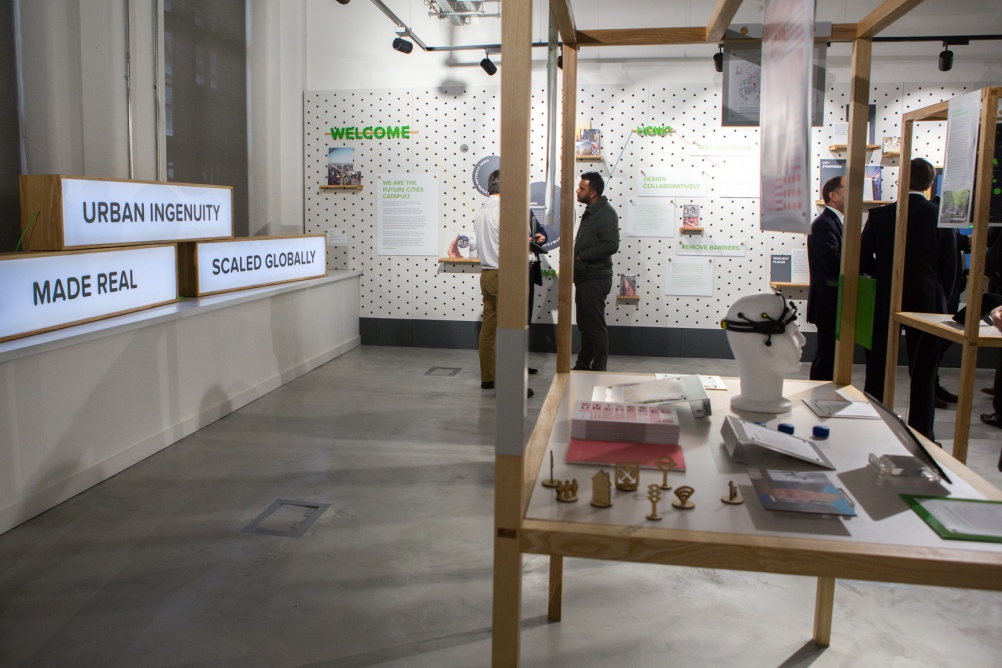 Royal Opera House to “open up” with interiors redesign