The Crafts Council has announced the opening of a new gallery space which it hopes will act as a home for UK craft.

Located in a former 19th century chapel in Islington, the space will open its doors with an inaugural exhibition of pieces from the Crafts Council’s 1,700-piece-strong collection, curated by 13 prominent craftspeople in the industry today. 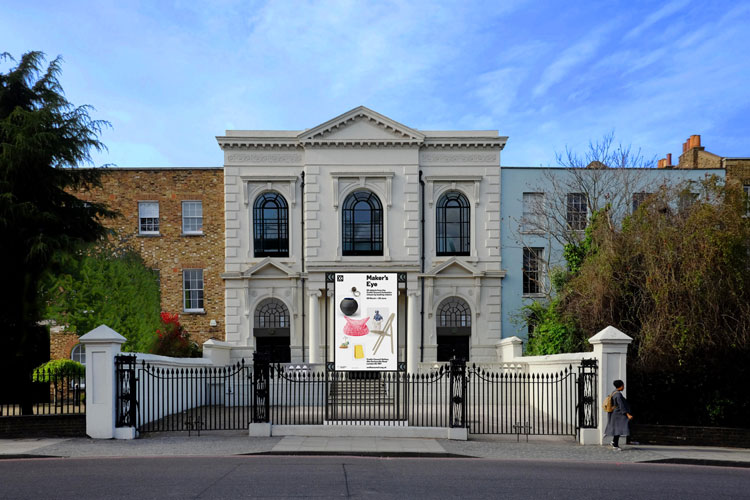 More than just a space to house crafted pieces, Crafts Council creative director Natalie Melton and head of communications Jill Read tell Design Week the Council has also employed crafting practices in the interior design of the 234-square-metre gallery itself.

Meanwhile London-based crafts company Soane Britain has created a bespoke collection of rattan furniture pieces for the space. Additionally, she explains the walls have been finished off with “ceramic plasterwork”.

The remaining interior work was done by AOC, the same studio which has led the renovation project of the V&A Museum of Childhood.

“Craft is such a tactile thing”

The new gallery marks the Crafts Council’s first physical space in more than 14 years. According to the organisation, having a real-world craft-centred environment is important step to take, given the sharp rise in interest in craft in recent years.

“Craft is such a physical and tactile thing – it needs to be seen in real life, in some instances touched and handled,” Melton says. “Having our own space will mean that we can become a centre for makers all over the UK – an indeed the world – to come together, connect with each other and share the skills, innovation and artistry inherent in making.”

Melton credits a range of factors for this rise in popularity: the emergence of television programmes like The Great Pottery Throwdown and The Great British Sewing Bee; the push back against an increasingly digital world and mass produced world; and the rise of “craftivism” as a form of creative protest against political issues like climate change are just some of these.

The aim with this new space, Melton and Read say, is to show the “breadth of what craft can be” through various collaborations and exhibitions.

According to the Crafts Council, its inaugural Maker’s Eye exhibition is both a “re-make” and “revolution” of a previous show put on the by the organisation. The first edition of The Maker’s Eye was held in 1981.

Furniture designer, and one of last year’s Royal Designers for Industry, Michael Marriott is one of 13 curators for the exhibition, and says his own selections from the Crafts Council’s Collection were influenced by his love of different materials.

“I had it in mind that it would be good to look beyond my own practice,” says Marriott. Bringing  together different pieces from different creators, he says, has the effect of presenting visitors with “differing accents, textures, conversations and generations together”.

Other curators for the exhibition include Turning Prize-winning studio Assemble and Dutch industrial designer Ineke Hans.

The Ashmolean Museum’s new identity can flex across 500,000 years of history