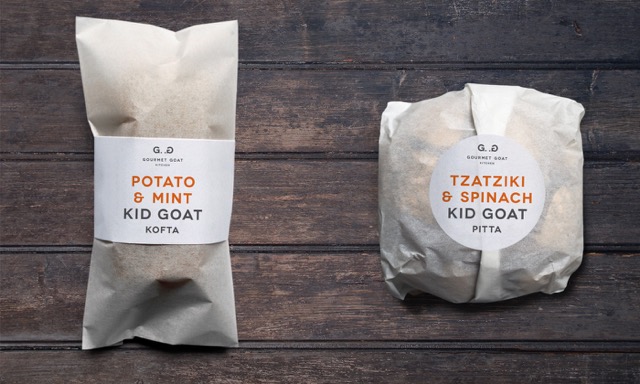 Interabang has created the branding for a new gourmet goat food brand, by creating a “hidden image” of the animal within the logo.

Gourmet Goat make and sell Eastern Mediterranean dishes which use kid goat as the core ingredient, and have been trading at Borough Market since 2014.

The company, set up by Nadia and Nike Stokes, is now making the move into retail, and will now be rolling products out in supermarkets.

The food brand has also been upgraded from stall to shop space at Borough market, which is set to open in 2016.

Products currently include a selection of goat pies, and will extend to pastries, jerky and salami. 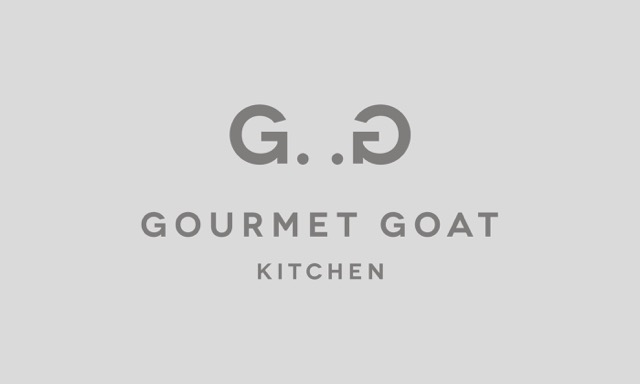 The branding for Gourmet Goat has been created using initials G. G., which have been mirrored to form a “hidden goat symbol”.

Adam Giles, creative director at Interabang, says the consultancy wanted to create a logo that was “playful but also sophisticated”.

“We arrived at the hidden goat symbol quite early on,” he says. “We didn’t want it to become too irreverent or too silly, so execution-wise we’ve treated it quite straight. It’s an authentic brand, so we wanted the logo to be authentic too.”

He adds: “It’s also got quite a bit of flexibility. It’s handy to be able to use the shorter G.G. monogram on social media and it’s very recognisable.”

The consultancy has used typeface Novecento for the logotype, a colour palette of grey with an accent colour of orange, and has used more typography than imagery, says Giles.

“The orange was used loosely when the company was trading at Borough market, so heritage was part of the design ethos,” says Giles. “The flavours in the food are also key – we wanted to bring those out with strong typefaces.”

Defra research from 2013 shows that roughly 30,000 kids or young male goats are born every year but most are slaughtered shortly after birth, reports the BBC.

“These are the billies that help the goat dairy industry thrive,” says Gourmet Goats on its website. “We feel this is a tragedy and are supporting suppliers who take the Billies from the dairy industry and send them to responsible farms to be reared and sold for their meat.”

Alongside the branding, which has begun rolling out, Interabang has created the packaging, and will be helping to create the signage and co-create the interiors of the new Borough market shop. The consultancy is also currently helping to redesign the website. 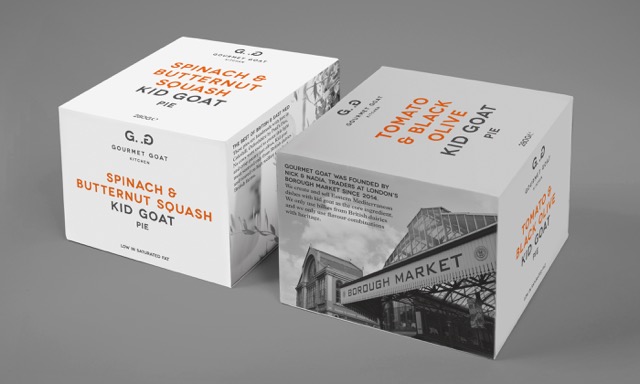 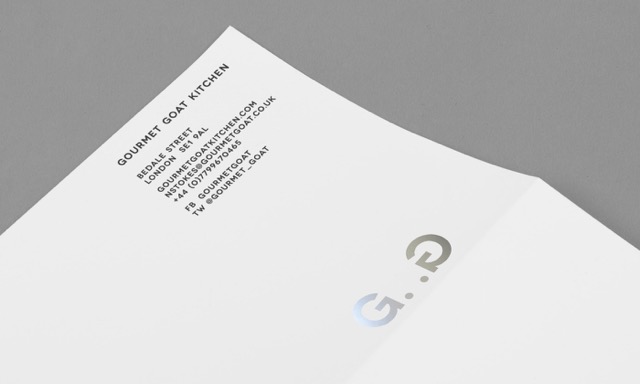 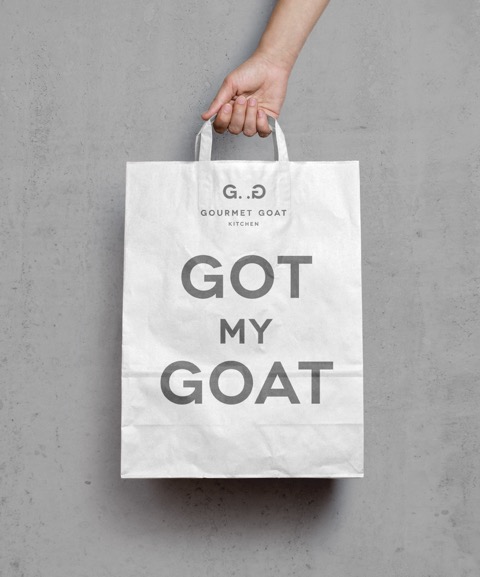 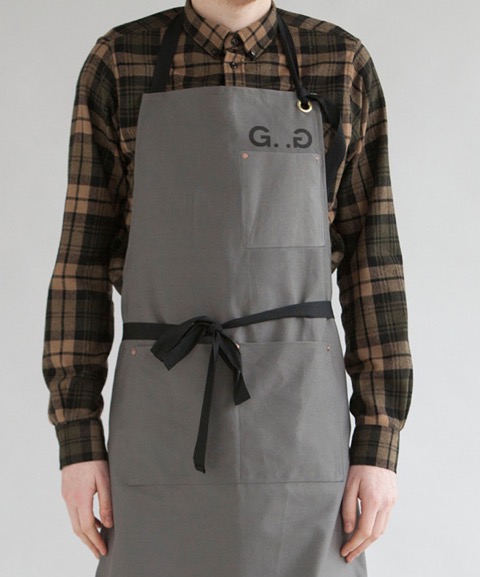