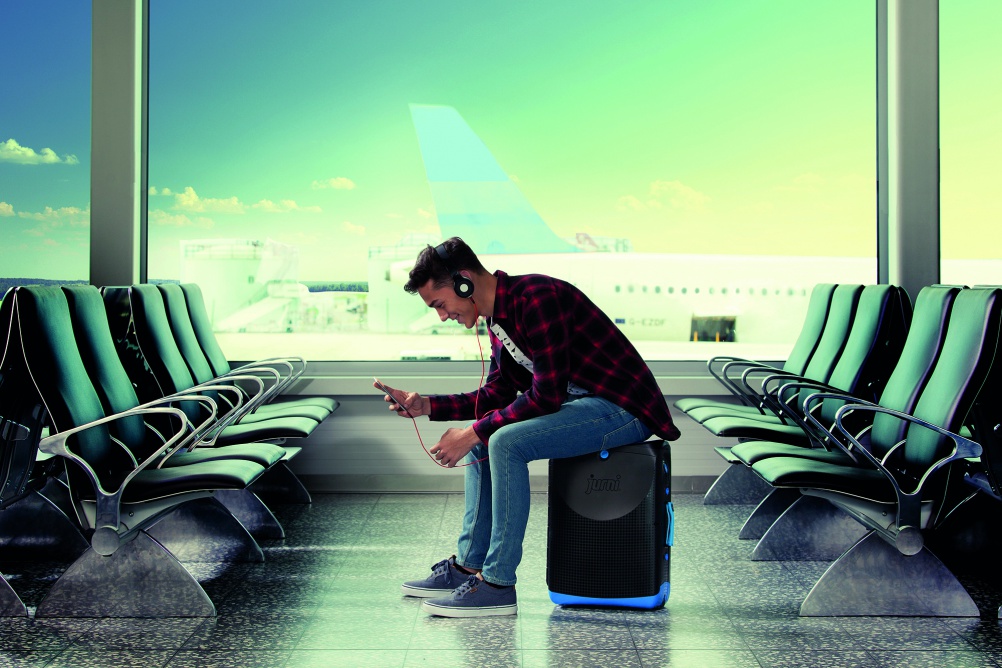 Jurni is a sit-on, carry-on suitcase with a pop-out pod, a seat to rest on and in-line wheels to glide along.

It is being released by Law’s Bristol-based company Magmatic and is described by the company as its “biggest innovation” since the arrival of the original Trunki in 2006.

The “hard-wearing” suitcase can support a sitting weight of 100kg and also features a flexible internal storage shelf and a removable “pod” made from composite plastic, with a splash-proof seal. 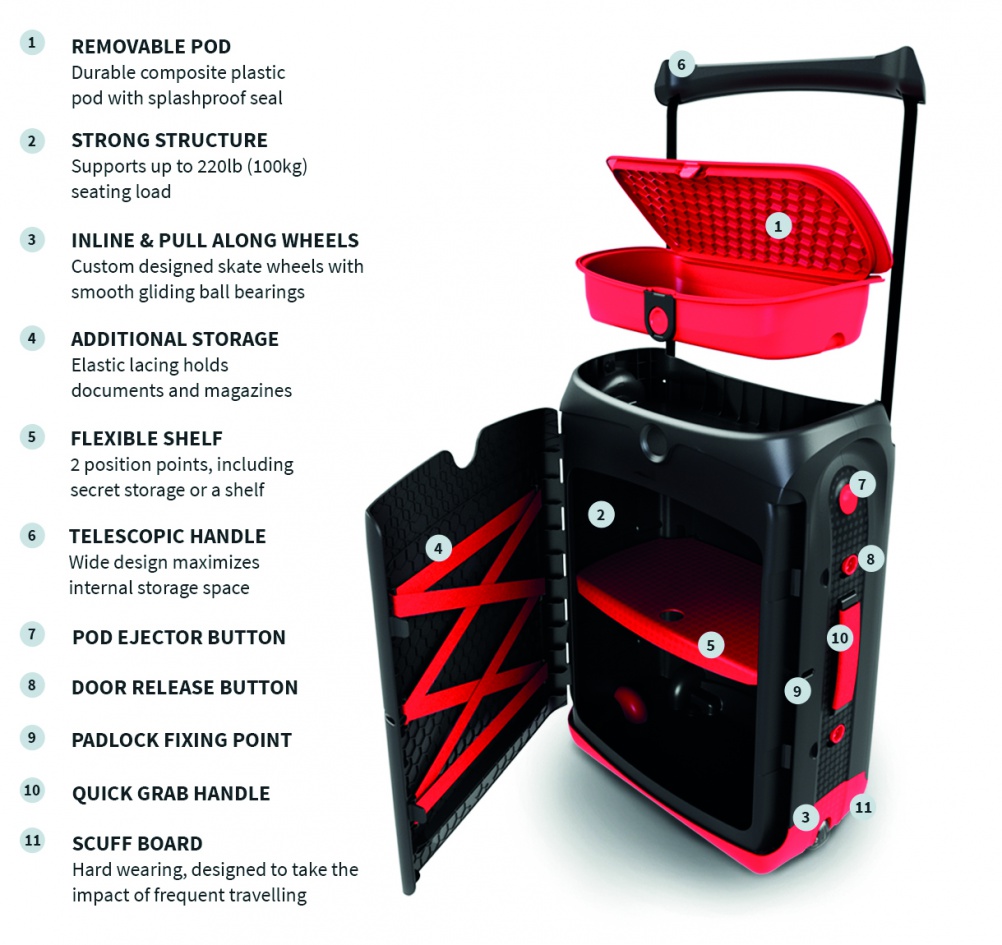 Law says the case has been in development for four years and that “hundreds” of prototypes were built as the design team aimed to iron out technical challenges.

He says: “Our journey started with two very simple observations: young people love their tech and crave their independence.

“So our aim was to design the ultimate piece of luggage for them. That’s how Jurni was born.”

The Jurni case is launching on crowd-funding site Indiegogo, with the team seeking $30,000 (£20,000) to take Jurni into production.

Law, who was famously rejected by BBC Dragons’ Den panel when he took Trunki on to the show in 2006, says: “We really believe consumers have the power to decide what a great product is and can genuinely help shape its development. We saw that in their response to Trunki after Dragons’ Den and feel Indiegogo is its modern-day equivalent.”

The Trunki team recently found themselves at the centre of a high-profile design court case, when they lost a Court of Appeal battle to stop company PMS International selling rival Kiddee Cases.

Magmatic had earlier sued PMS in the High Court for infringing its Registered Designs, but this decision was overturned in 2013 by the Court of Appeal.

The Magmatic team were backed by leading designers including Sir Terence Conran and Kevin McCloud, who protested against the Court of Appeal ruling.

In 2014, Magmatic posted losses before tax of £1.5 million, compared to a profit of £720,373 in the previous year. Law put this loss down to an increase in copycats, which he said had become “a huge issue for us”.

• Trunki falls into the red after losing design “copying” case

Morag Myerscough reveals the meaning behind her mysterious Twitter feed