“They expected the children to use their toys upside down,” says design writer and university lecturer Alan Powers. “It was always about allowing children to find their own way.”

Powers the author behind a new book on Paul and Marjorie Abbatt, the designers (and married couple) responsible for some of the mid-century’s most innovative children’s toys. The Abbatt’s work was characterised by bright, colourful and practical wooden toys and play equipment and informed by progressive beliefs in child psychology and education.

Abbatt Toys: Modern Toys for Modern Children is the first lengthy study of their work. 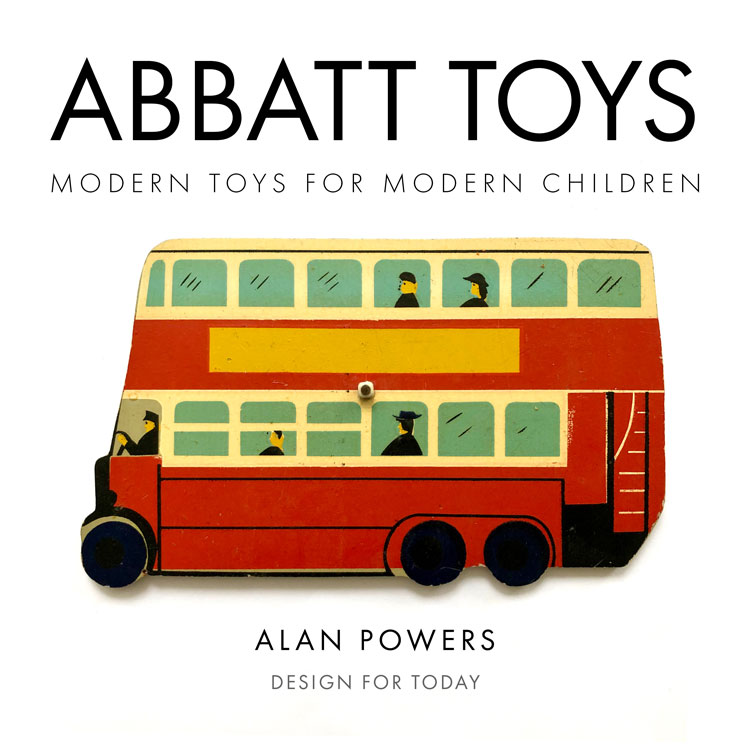 The advent of Abbatt Toys

As Powers explains in his book, the pair did not grow up necessarily in the way befitting pioneering toymakers. Marjorie’s father was a fur trader, and perhaps more incongruous still, Paul’s family was in the business of manufacturing baskets from canes, with a side-line in “punishment canes”.

Rebellious and creative by nature, the couple met on an organised camping trip in 1926 and were married in 1930.

Their extended honeymoon in Europe – where they would visit, among other places, some of the “lively and advanced” schools of Austria – would be the inspiration for their future in the toy business. The pair returned to London and established Abbatt Toys in 1932.

Among their most-loved toys were tray puzzles, building blocks and climbing frames. 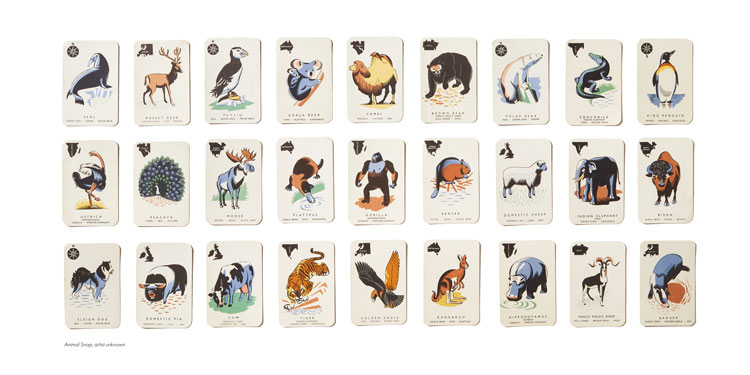 “They brought into focus the child-user”

The Abbatt’s toys were informed by the couple’s background in child psychology – before entering the toy business Paul had worked as a schoolmaster, while Marjorie had enrolled at University College London to study psychoanalysis.

But as Powers mentions, the couple were intent not to be prescriptive in their design of toys. He notes from his research that Paul in particular was “mischievous and fun”, and that both had a “real understanding of children”.

He says the Abbatt’s approach to the design of toys was a departure from what was common in the era: “So often the child found the container or wrapping, even the string, a more acceptable plaything than the expensive toy enclosed – [the Abbatts] brought into focus the child-user.”

Indeed, with the ethos of providing stimulating experiences for all children, the couple often acted as toy curators as well as designers, says Powers.

“They weren’t necessarily always inventing things, and often took ideas from other places and replicated them with permission,” he tells Design Week. They also stocked in their store work from like-minded manufacturers of the time, like Kiddicraft and Escor Toys. 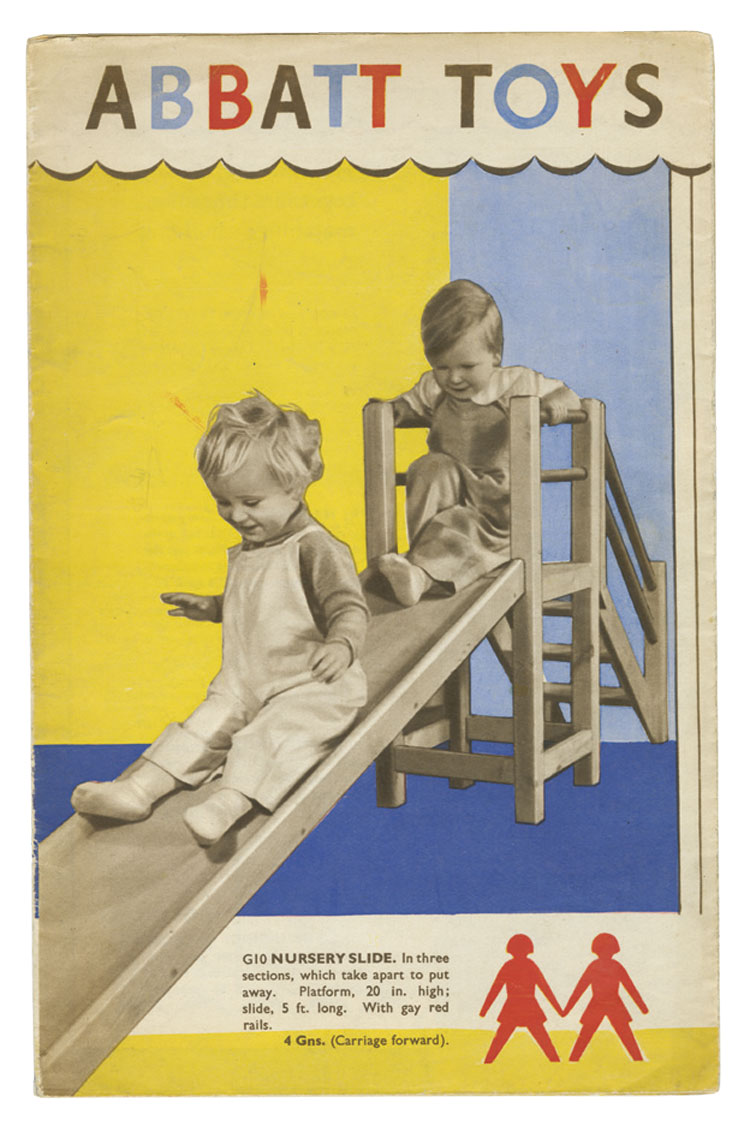 “They weren’t just trying to sell something to parents”

Alongside their actual toys, the pair often put out catalogues detailing their designs and these books were “full of advice”.

“They weren’t just trying to sell something to parents, they were helping them to understand how to play with and observe their children,” says Powers.

Towards the end of their time in the toy business, their mission to help the world understand its children only intensified, Powers says. The couple was keen to suggest that small children did not need mountains for playthings – “they are not trivialities” as Paul once wrote in on of Abbatt Toys brochures – and that toys could often been used as a precursor to household tools and equipment they may need in later life.

“The Abbatts were insistent that for children, play was work and vice versa,” writes Powers. 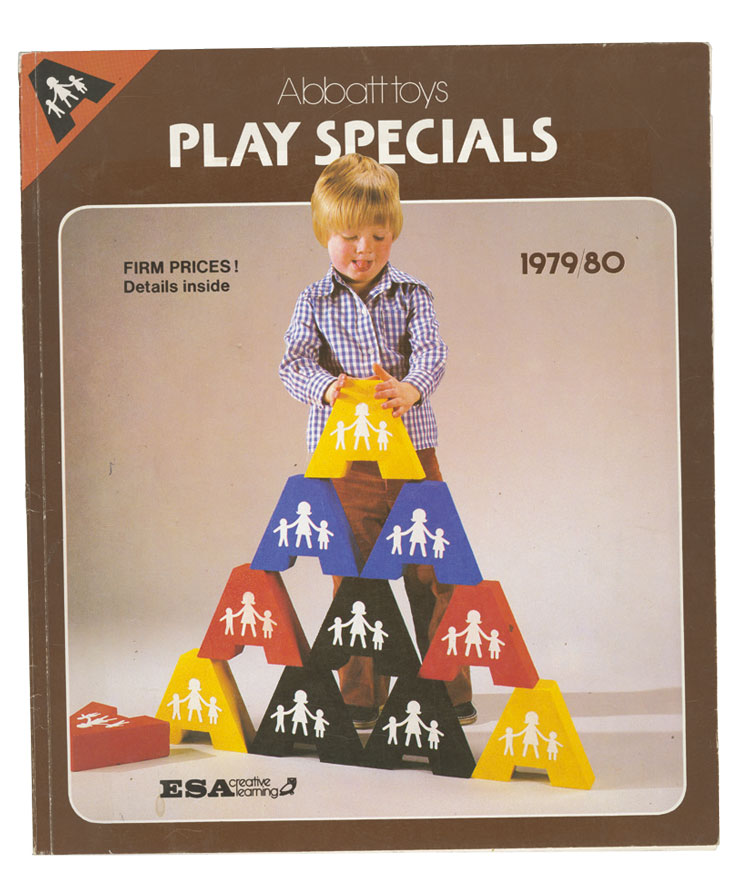 As the various images included in the book show, the Abbatt’s design aesthetic fitted neatly in the modernist fashions of the time. Products “invariably conformed to [modernism’s] best principles of clear form, honest and robust construction and care adaptation to function”, writes Powers.

The couple frequently involved architects, illustrators and designers in the making of their toys and architect Ernő Goldfinger designed the company’s Wigmore Street showroom, logo and many Abbatt products.

Some products, Powers says, felt as if they had come directly from a workshop at the Bauhaus. He recalls the Abbatt Fun Boat rocker – a kind of see-saw – which was made using a tubular steel frame.

“Children like myself could always imagine it in their mind”

Powers sourced the narrative for the book having spoken to several influential people within the Abbatt’s circle, include the couple’s niece Felicity, who for a time managed the Wigmore Street store. Along with these stories, he has his own first-hand experiences with the Abbatt’s work – Abbatt Toys was “a household name” in his own family home growing up.

Asked to recall his favourite toys from childhood, Powers says the couple’s building bricks were particularly important to him.

“I went on with them until quite a late age because I could visualise them being actual buildings,” he says. “Though the bricks themselves had no detail on them, children like myself could always imagine it in their mind – for me, they always became Tudor houses.”

Indeed, as Powers recounts in the book, the Abbatt’s were of a similar thought: “We think they are the best for they can represent anything a child dreams up,” the couple once wrote.

The Abbatt’s building bricks occupied a time shortly before the introduction of Lego in the UK. Even to this day, Powers says he’s a staunch fan of the Abbatt bricks over the colourful Danish bricks. He says: “I always thought them much too small to build with, and the fact you couldn’t fit them in any other way than at right angles didn’t please me.” 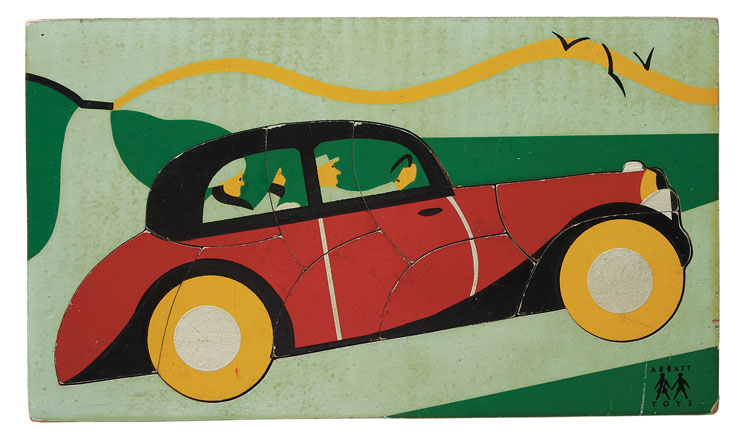 “Other inventions of theirs seem not to come up at all”

The Abbatt’s toy business ceased trading in the 1970s. Paul died in 1971, and Marjorie in 1991. Though decades have elapsed since their passing, the couple leave behind a legacy of promoting “active play” and childhood development through toys.

Powers’ mission to recognise the output of the Abbatts is ongoing. While Abbatt toys were well-loved in their heyday, in their current state as collectors’ items, many are hard to come by now.

In his research for the book and accompanying exhibition at the Margaret Howell gallery, Powers tells Design Week he scoured the likes of Etsy and eBay.

“The same things often come up over and over, and other inventions of theirs seem not to come up at all,” he says, adding that even though the book has now been written, he is still on the hunt for more examples of the Abbatt’s work. Those wishing to share their own collections should contact him directly.

Abbatt Toys: Modern Toys for Modern Children is published by Design for Today from 19 November.

Images included in this feature are credited to: Abbatt Toys: Modern Toys for Modern Children by Alan Powers (£25 Design for Today https://www.designfortoday.co.uk) 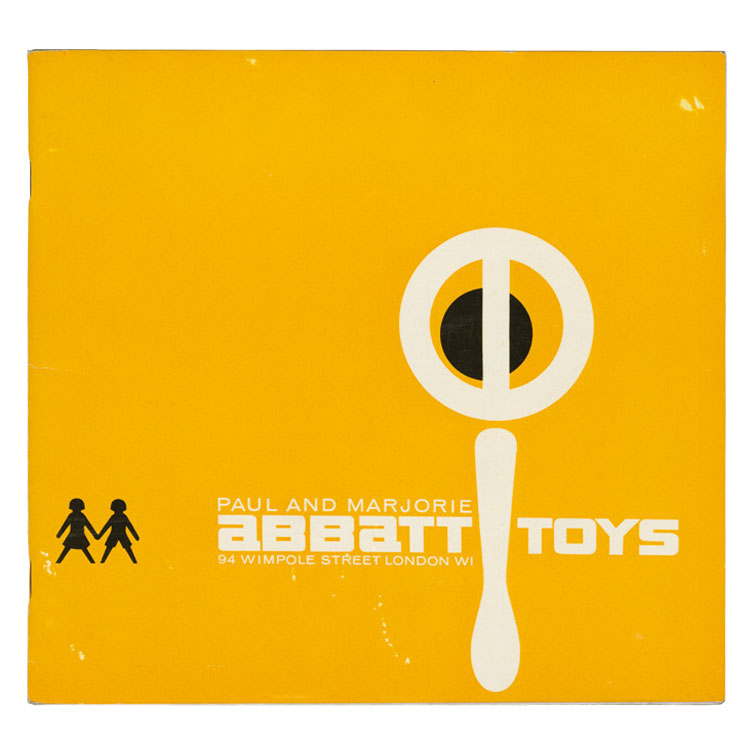 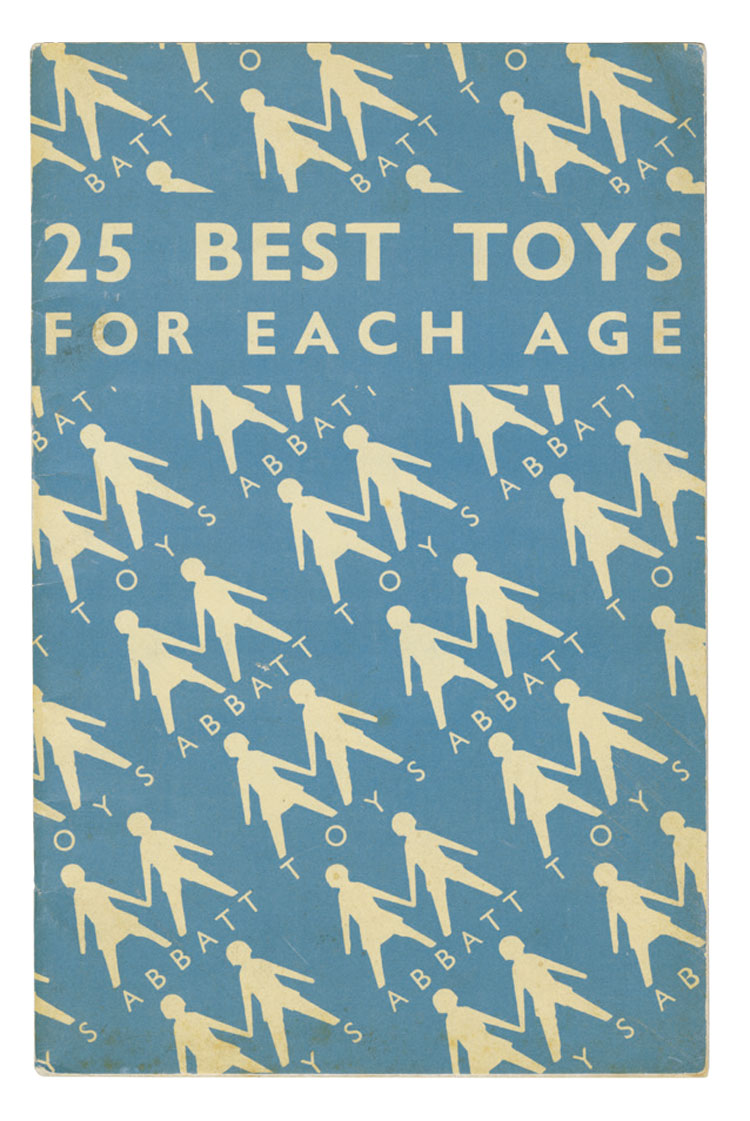 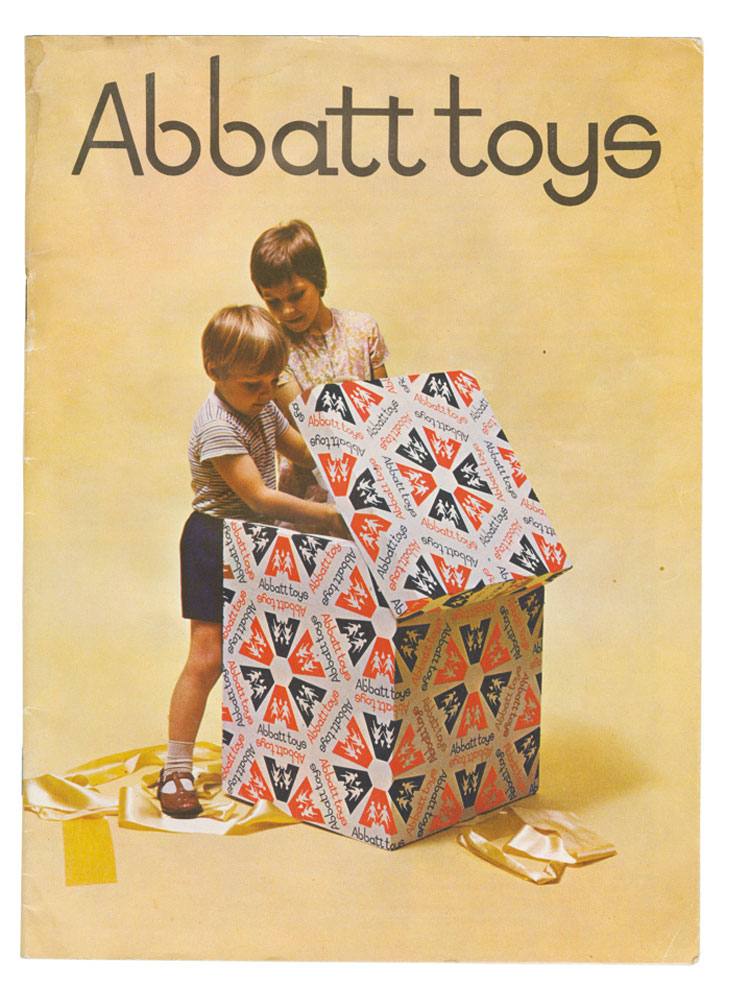 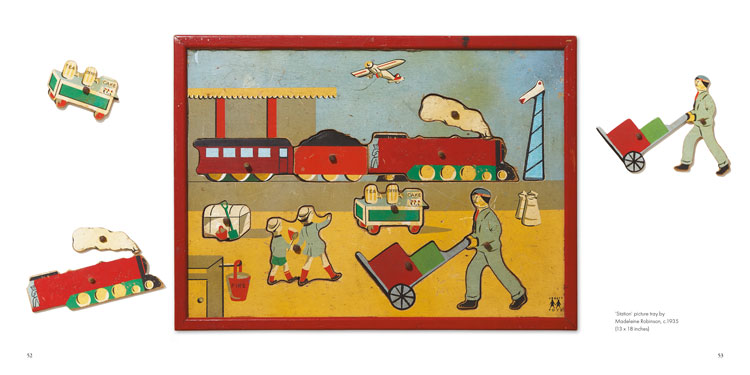