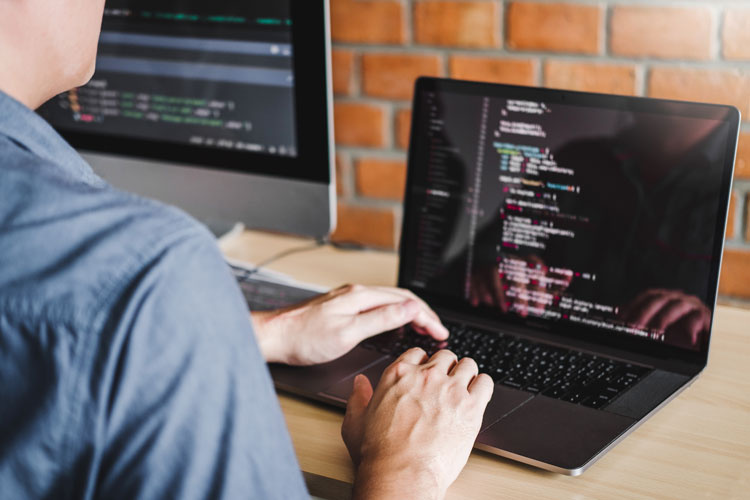 On the 23 September, new government regulations on public sector websites and apps will come into effect.

The new rules will require all new digital platforms to meet certain accessibility standards, allowing those with visual, auditory, motor or cognitive impairments to easily use them. All existing websites will have until September 2020.

The new legislation will affect a range of online services, including those of GP surgeries, public libraries, schools and universities, as well as government-run websites.

But with just weeks to go until the first deadline, designers are warning many public sector websites may be falling behind in their preparations. In particular, digital consultancy Sigma has urged website owners not to leave adjustments to the last minute.

Head of experience design at Sigma, Chris Bush says the norm is to “bolt on” accessibility at the end of the design process. “Most often accessibility is driven from a need to be compliant [with regulations],” Bush says. “But the most successful projects will realise that accessibility and inclusion are a team sport that need to be built in from the start.”

The government has been keen to emphasise that the new legislation doesn’t require expensive redesigns. It suggests making a website accessible is beneficial to all users in the long run and should thus be part of all organisations’ plans.

Most adaptations required by the new regulations relate to those using screen readers and keyboard-only navigations. Alternative text for images and resizable fonts are some of more well-known accessible features, but there are plenty of common website features that organisations will also need to change.

Auto-playing video and audio, for example, confuses screen readers and interferes with navigation on the page; “click here” links are undescriptive and don’t put information into context; and incorrectly labelled online forms don’t give users the right cues, making it impossible to know what information needs to be inputted.

“What we [Sigma] keep finding in our research is that issues relating to impaired users end up aligning with what ‘typical’ users care about too,” says Bush. “Ultimately, you can make a much better product if you just slightly expand your research base in the first place.”

Ismail Kaji, parliamentary support officer at Mencap, echoes Bush’s advocation for clarity and simplicity – particularly for the 1.5 million people in the UK with a learning disability. He says practical steps include “using subtitles and/or Makaton in videos and having easy-read versions of information.”

But while the government suggests the changes don’t need to be costly, tight budgets may still be an issue. “When you get down to smaller organisations, a lot of them are on their own,” says Bush, “and they may not have the budget or the capability to know what they need to do.”

To combat this, the government has clarified not all requirements need to be met if doing so would be a “disproportionate burden” for the organisation.

The disproportionate burden argument has been devised to ease the whole of the UK’s public sector into the new requirements gradually – taking into account organisations which may be particularly negatively affected by making changes to websites, because of resource constraints, the nature of the work they do or the cost of doing so.

Accessibility consultant for The UX Agency Caleb Tang says the disproportionate burden exemption is a flexible idea to interpret, but warns “as any organisation grows bigger, they will need to reassess their capability for providing accessible websites.”

He adds that organisations shouldn’t be worried about what they can and can’t do: “the current legislation isn’t supposed to be a punishment, it’s just designed to encourage organisations to make accessibility important.” He suggests in its current form the legislation acts more like guidance rather than a penalty.

The legislation as it currently exists acts as a standard of reference for websites being “technically” accessible to disabled people.

“Most of the guidance from the regulations is providing the bare minimum – it is technically possible for disabled people to use the websites, but that doesn’t mean users will like it or that it will be easy for them to get from point A to point B,” says Tang. “For designers that want to go above and beyond in their websites, you need empathy.”

It can be useful to view the new regulations as a checklist, but not sticking to it rigidly will not produce the best results. “It’s helpful to have a list when you go shopping for ingredients, but to make them into a good meal, you need to understand who you’re cooking for,” says Tang.

Ultimately, Tang says talking to those you’re trying to cater your accessible website for and understanding how they behave online, is the best way to design the best system possible. Ignoring the needs of disabled people completely will only make it harder to comply in the future.

“Pushing it at the right level, for now”

The UK is one of many countries making changes to its legislation on accessible websites. The US requires all federal agencies’ websites to be accessible, and EU countries adopted the same rules as the UK back in 2016.

“The demand has increased because more people understand the importance of accessibility now,” says Tang, “and the new [UK] regulations will act as a good checkpoint for promoting it.”

But in the future, Tang hopes the regulations will tighten to stop organisations consistently avoiding the problem. “At the moment the government is pushing accessibility at the right level,” he says, “but I hope maybe five or ten years down the line the tone of the regulations will be more specific, and we’ll see organisations, particularly larger ones that might have ignored accessibility, being punished for it.”