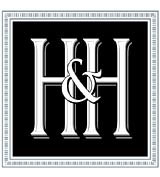 The corporate identity for Madeira producer Henriques & Henriques, designed by Wren & Rowe, will be unveiled this week. It will be used on corporate literature and eventually applied to 19 products.

The identity is part of a £40 000 project that Wren & Rowe won, without pitching, in February on the recommendation of another client.

The second part of the project, redesigning Henriques & Henriques’s packaging, is being finalised. The new packs will be sent to UK supermarkets in the first week of September and are likely to be on-shelf at the beginning of October.

Wren & Rowe says that it will be doing further work for the client, including website design and other promotional material, which will eventually double the size of the project, as part of an attempt to fundamentally shift the brand image of Henriques & Henriques’ Madeira.

Wren & Rowe managing director Paul Foulkes says, ‘Most people don’t know the old packaging but it looked very stuffy. We’re trying to make it stylish, something you would drink in a trendy wine bar. That’s very much the market’.

Foulkes says the client is trying to follow the lead of drinks such as Tio Pepe, which has recently attempted repositioning itself to appeal to younger consumers.

According to Foulkes, the consultancy had been recommended for the job by Sandeman, which also sells Madeira, though in a different market.

X.HLP gets a Corporate edge