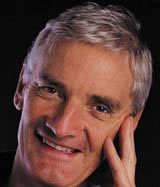 The UK has little regard for its manufacturers and it is losing out to a growing technological and manufacturing power base in China, according to James Dyson.

Delivering the 29th Richard Dimbleby Lecture, broadcast on BBC1 last week, Dyson sought to banish a few ‘hoary old myths’ and claimed that engineering is the country’s future, not its past.

‘We have no choice but to shake off our obsession with styling and focus on creating more advanced products. The first thing we must do is divest ourselves of several lazy misconceptions,’ he says.

Dyson cites the notion that the 18th and 19th centuries were a golden age of manufacturing; that Britain once led the industrial world; and that long-lasting wealth can be generated by consumers, rather than manufacturers as examples of such myths.

As the first engineer to deliver the lecture, Dyson laments the passing of skilled, local suppliers and subcontractors in Britain, blaming the Government’s tax regime, introduced in the 1980s, for their demise. Many companies, including his own, have relocated manufacturing to Asia.

China has benefited enormously, while Britain has retained only the specialist skills of scientists and engineers. But even this won’t last, claims Dyson.

‘Because countries such as China have already mastered low-cost production they are now buying Western know-how.

‘Their universities are churning out vast numbers of engineers and scientists. And they’re good.’

Shanghai Automotive’s joint venture with MG Rover is primarily to secure the rights to Rover’s technology, says Dyson by way of example.

‘To survive against them, we can’t rely on shallow styling. We need technology and design that they don’t have. As long as we continue to innovate and produce products that have better features and work better, we can compete. Our only chance for survival is better engineering,’ he argues.

Dyson stepped down as chairman of the Design Museum in September, claiming the museum had lost sight of its founding principle – ‘to champion the manufactured object’ (DW 30 September).